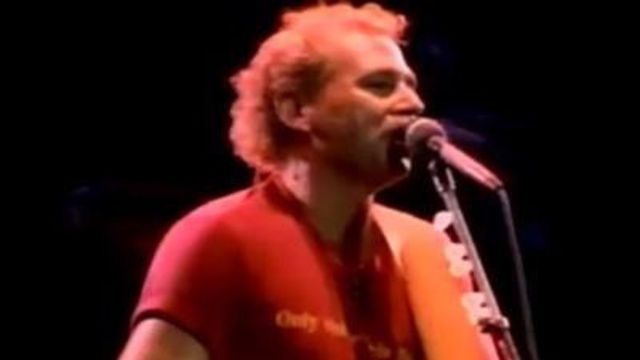 A profane phone call and Jimmy Buffett’s inability to keep his daily planner organized 50 years ago in Miami set in motion events that changed the music world. Those events made the singer-songwriter one of the most beloved entertainers in America. And one of the wealthiest, with a net worth around $600 million.

Buffett’s music and business empire includes restaurants, casinos, hotels and beach resorts, a retirement village, a cruise liner, clothing, publishing. And 29 studio albums, and as many live albums and compilations combined, plus a handful of books.

The unusual events — unusual for perhaps everyone except for the creative mind that gave the world “Margaritaville,” “Havana Daydreaming” and “Everybody’s Got a Cousin in Miami” — also helped brand Key West as a distinct sound of music and a destination known the world over.

“I was able to make a living and live how I wanted to and then all of a sudden things started getting better,” Buffett said in a telephone interview from his home in Palm Beach County.

Photographer and author Tom Corcoran was with Buffett at the very beginning when the “struggling young hippie” cast his voice and acoustic guitar loose on Duval Street and Mallory Square with a handful of good early tunes, like “Railroad Lady,” which Buffett wrote with Jerry Jeff Walker, and “The Captain and the Kid.”

Corcoran documented Buffett from the start in the early 1970s. His photos as the pair wandered about the Keys on gig days and social outings around the world adorned album cover artwork on packages including “Havana Daydreaming,” “Changes in Latitudes, Changes in Attitudes,” “Son of a Son of a Sailor,” “You Had to Be There: Recorded Live” and “Volcano.” His images from the Keys years fill video screens to this day at Buffett concerts.

“Essentially, I took decent pictures and I was cheap. And I knew how to sail a sailboat. So I was good to have around,” Corcoran joked in a phone interview from his home in Lakeland. “I had no great delusions about my artistry as a photographer, but all I knew was that I had opportunity and that was huge.”

A COLLEAGUE LOOKS AT 50

“It’s just like the longevity of mischief,” Corcoran says in explaining the significance of Buffett’s career after six decades, a career that went full throttle after that fateful car ride to the Keys circa November 1971 or early 1972, depending on who’s minding the calendar.

“Or, how long will a smile last? That’s what he’s been peddling all this time. His lyrics have been brilliant from time to time. Sometimes they’re just like, ‘Oh, Jimmy, why did you do this?’ But when he was hitting them, gosh. I mean, ‘Cowboy in the Jungle.’ I could listen to that one over and over and over and over again. And ‘Sending the Old Man Home,’ that song from the ‘Volcano’ album. You know, they’re just exquisite lyrics. And good melodies to go with. What he promised and what he delivered were the same thing. It was fun. And …read more

Golden Globes 2021: The Complete List of Nominees | Entertainment Weekly
14 of the greatest Super Bowl moments (that would have been incredible to see live!)

Omicron Covid-19 may be headed for a rapid drop in US and Britain, scientists say