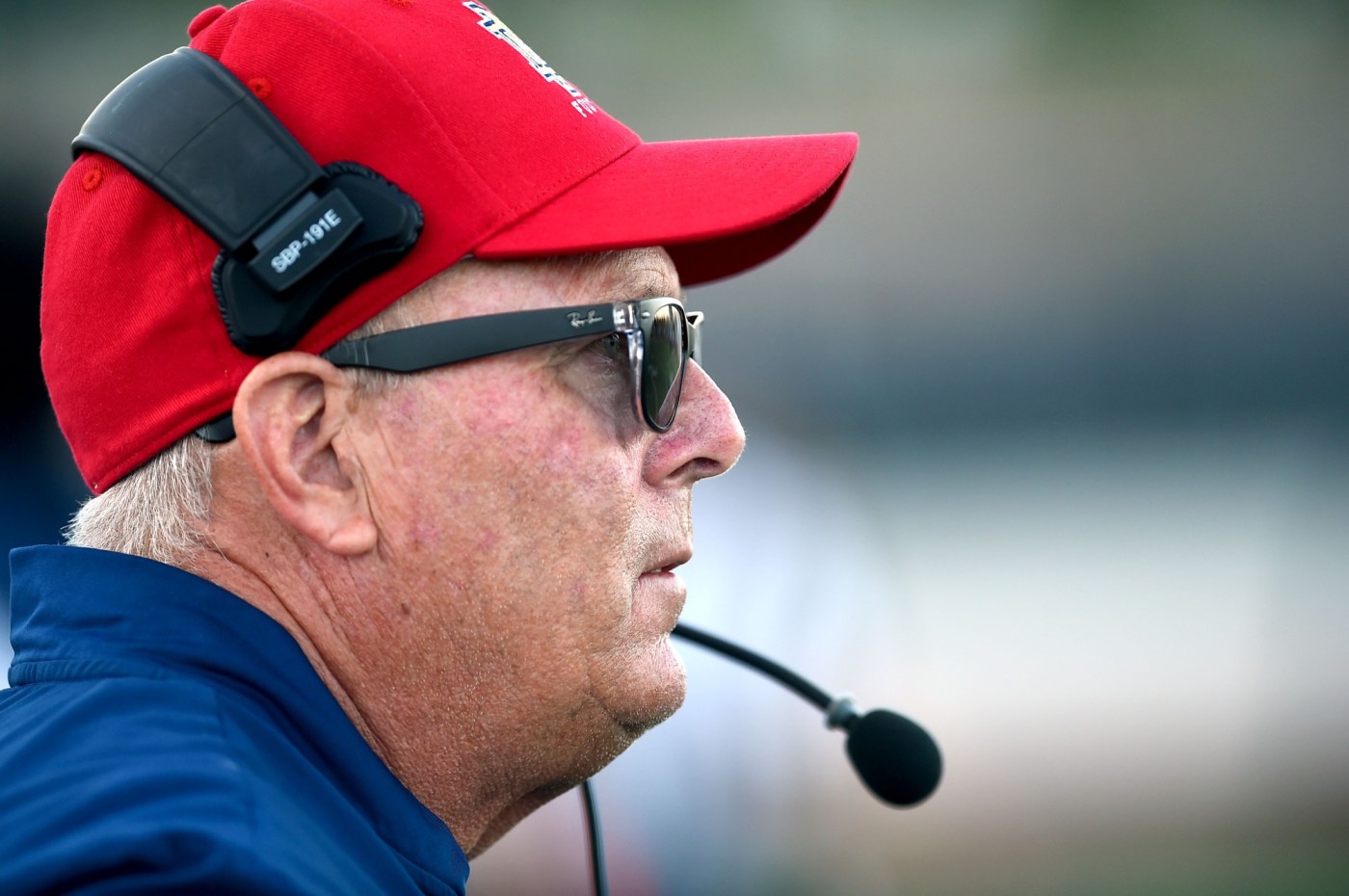 Joe McNab was hired to coach football at Notre Dame High in Sherman Oaks in 1981.

“Believe it or not, I used to be young,” McNab said chuckling as he watched his team practice late Tuesday morning.

The temperature had already reached 90 degrees.

“This is nothing,” he said with a bucket hat and sunglasses on as whitened beads of sweat dripped down the side of his face from an apparent layer of sunscreen. “I’m used to it. I tell the kids this isn’t event that bad. I’m used to the complaints too.”

When the Knights play their season opener against Crespi on August 19, it will be McNab’s 42nd season coaching high school football, but just his third as the head coach.

“I used to scream a lot. Not as much anymore, though. I try and be more encouraging,” McNab said with a smile.

McNab served as the program’s defensive coordinator for 39 years under longtime – and legendary – head coach Kevin Rooney. Despite the decades of experience with prep football, McNab acknowledged the difference in position.

“I was an assistant with Kevin for so long, when I became the head coach, I learned all the things Kevin was doing that I never had to do,” McNab said “There was a learning curve.”

McNab has been the head coach of the track and field program for a long time, but he summed up those duties pretty easily, almost implying it doesn’t compare to being a head football coach.

“With track, it’s pretty cut and dry. You’re either fast or you’re not fast. That makes things easier,” he said.

Apart from the additional paperwork and increase in dialogue with parents as a head coach, McNab’s biggest challenge has been dealing with the wins and losses as a head coach.

“The losses bother me greatly,” McNab said. “My wife can attest to that, so can my kids. If I had a dog, I’m sure the dog could attest to that too.”

There have been more losses as of late. Notre Dame went 2-8 last season and just 1-4 in the Mission League.

“I’ve been trying to maintain a sense of calmness and leadership,” McNab explained. “I’m usually fiery and get irritated easily. I was trying to control myself and steer us through a bad situation. I would usually lose my mind and Kevin would get me back on track.”

“… another learning curve for me,” McNab added.

49ers camp: Can Trey Sermon climb into running back rotation?

2 California men get years in prison for swindling investors of $1.9 million in cryptocurrency scam