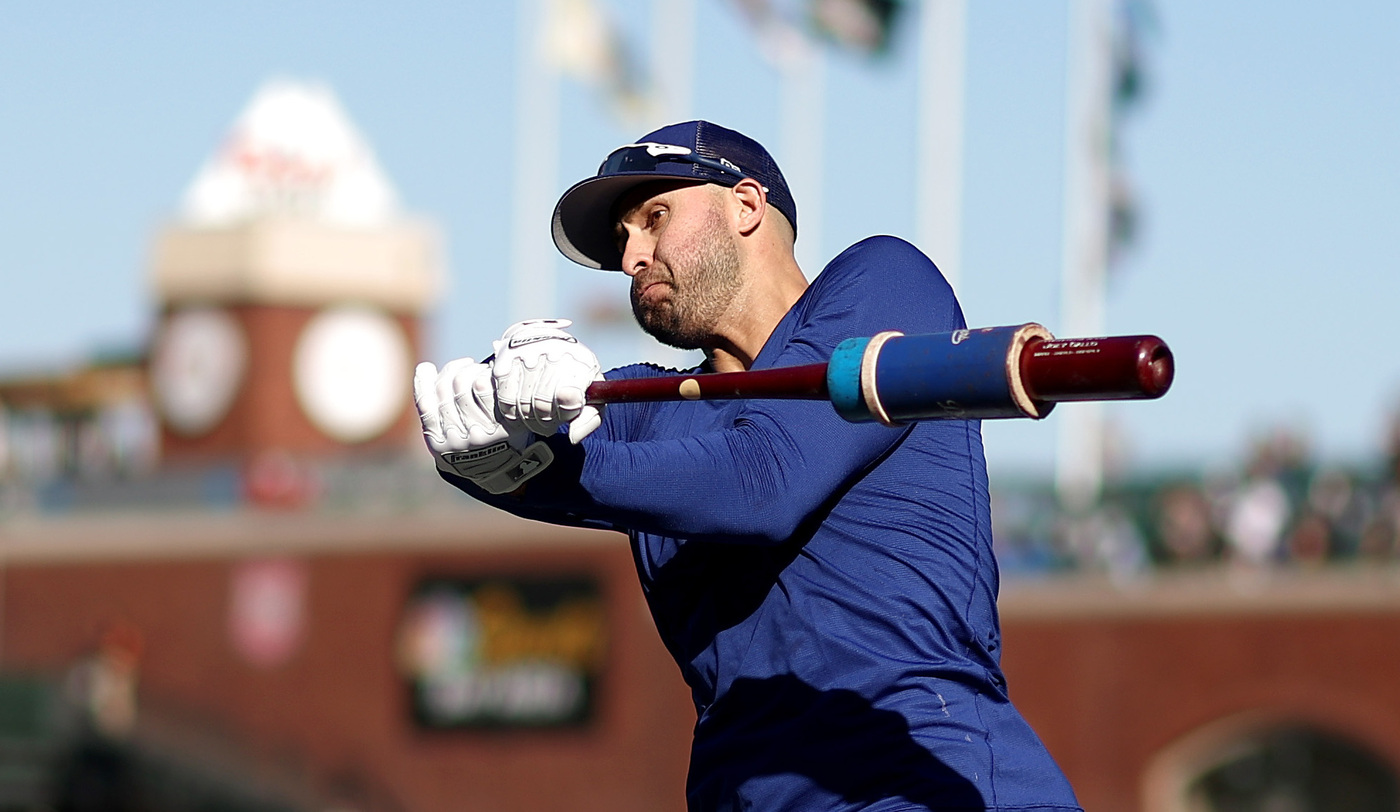 SAN FRANCISCO — Joey Gallo knew his time in New York was coming to an end, allowing him to get a headstart on regrowing the beard he had to shave a year ago when he was traded to the Yankees who do not allow their players to have beards.

“I had a good idea that I was getting moved. I was ready with the beard,” Gallo joked after joining the Dodgers on Wednesday afternoon at Oracle Park. “I was just kind of waiting to figure out where I was going to go. That’s always kind of the weird part. But then, I got the call and they said, ‘Hey, you’re going to L.A.’ I was psyched.’”

Part of that excitement was the number of familiar faces in the Dodgers’ clubhouse – like online video game opponent Cody Bellinger and Hanser Alberto, who came up through the Texas Rangers’ system with Gallo.

The question now is whether Gallo’s game will regrow with the Dodgers as well. A two-time All-Star with two 40-home run seasons with the Rangers, Gallo struggled miserably since the Yankees acquired him at the trade deadline a year ago. He became a target of fan ire in New York.

He arrives with the Dodgers sporting a .159 batting average this season that would tie for the worst since 1947 (with at least 273 plate appearances).

“Baseball is a tough game. Sometimes things just don’t go your way,” Gallo said. “You try to start doing different things. And once you struggle, especially in a place like that, you start to feel it a little more. You try to do too much. And sometimes that can get in your way. I feel like sometimes I tried to do too much, I tried to play too well. I just didn’t play my game.

“I wish I had played better. You never want to play bad no matter where you are. But I’m excited for a new fresh restart.”

Search intensifies for Northern California teen Kiely Rodni, who may have been abducted after Lake Tahoe area party

Gallo said he hasn’t had any conversations with the Dodgers’ hitting coaches where they offered solutions for his struggles. Instead, Dodgers manager Dave Roberts has told him “just be myself and play my game and be an athlete, which I take pride in being, and things will work out the way they will.”

Even at his best, Gallo was a high-power, high-strikeout hitter – a prime example of the modern “three true outcomes” hitter (walks, strikeouts and home runs). His goal is to rediscover that.

“Obviously I want to get back to being a threat at the plate again and doing damage,” he said. “But I think I learned a lot about myself in growing through those struggles. I want to be a good hitter, though. I definitely need to hit a little bit better.”

Reliever Blake Treinen threw to hitters again Wednesday afternoon – including Roberts, who stepped in at one point.

Roberts said Treinen touched 97 mph with his fastball and “his stuff was good.” Depending on how Treinen recovers from the workout, Roberts said he could repeat the sim-game session …read more

Consider ‘monthly nut’ as well as price before buying a home