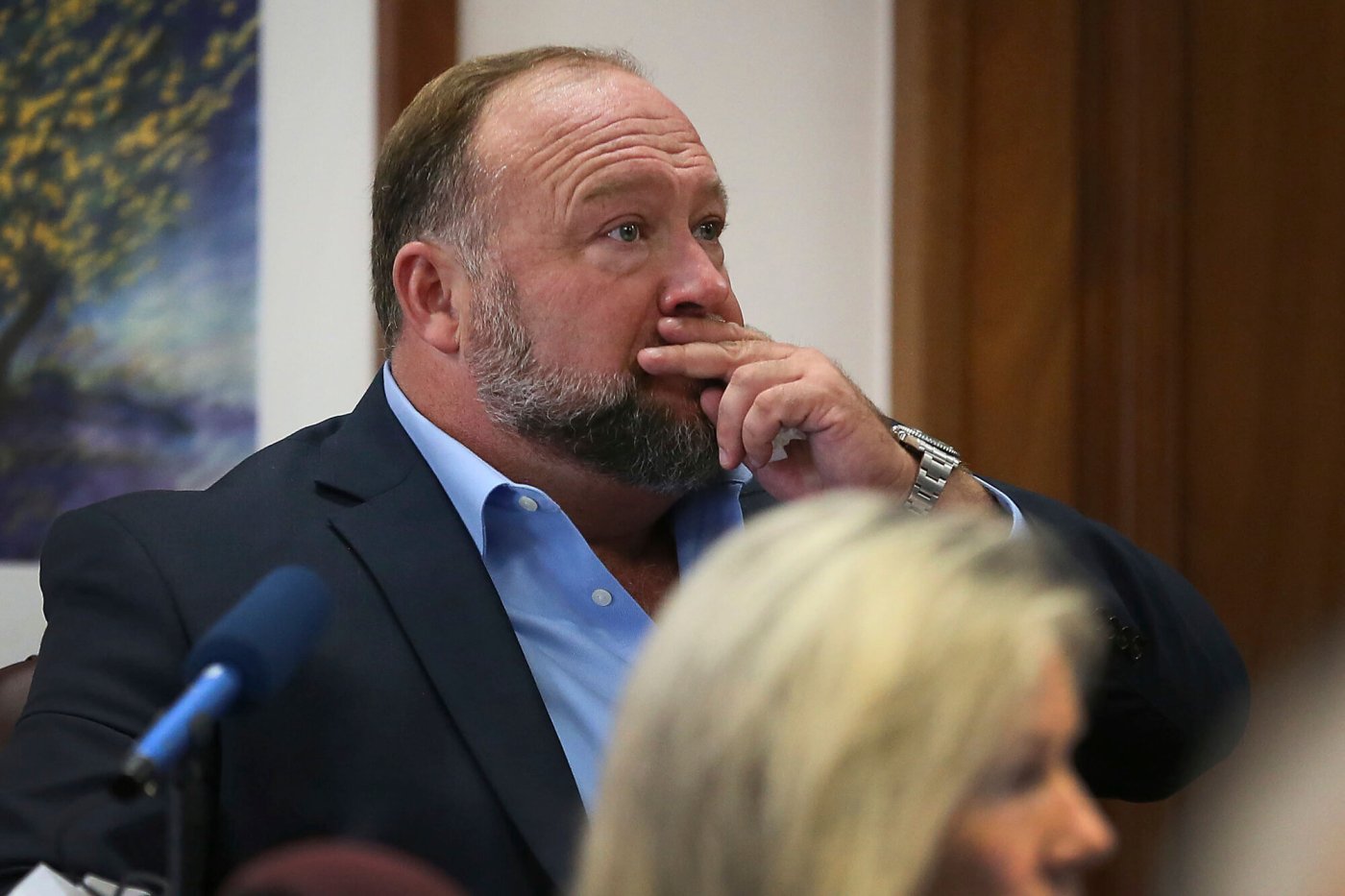 A Texas jury has decided to penalize Alex Jones with $45.2 million in punitive damages in a lawsuit filed by the parents of Sandy Hook shooting victim Jesse Lewis.

The award, which the judge could reduce, came one day after the jury settled on $4.1 million in compensatory damages.

The jurors began deliberating around 12:30 pm CT on Friday, after Judge Maya Guerra Gamble reminded them that in a default judgment against him Jones was already found liable for defamation and “intentional infliction of emotional distress” against Lewis’ parents, Scarlett Lewis and Neil Heslin.

In an emotional closing argument Friday, Lewis and Heslin’s attorney Wesley Todd Ball said to the jury, “We ask that you send a very very simple message, and that is, stop Alex Jones. Stop the monetization of misinformation and lies. Please.”

Ball urged the jurors to “deter Alex Jones from ever doing this awfulness again” and “to deter others who may want to step into his shoes.”

Jones’ attorney, Federico Andino Reynal, argued for a far lower sum, suggesting that the jurors should multiply Jones’ purported earnings per hour of $14,000 and the 18 hours that he said Jones talked about Sandy Hook on Infowars, for a sum of around a quarter million dollars.

On Thursday, in the first phase of the trial, the jury awarded the parents $4.1 million in compensatory damages, a far smaller amount than the $150 million the parents’ attorneys had sought. In his closing argument, Ball thanked the jury for their decision to award the $4.1 million, saying it had already made a huge difference in the parents’ lives, and asked them to award enough in punitive damages to bring the total to $150 million.

Punitive damages are a form of punishment for a defendant’s behavior. Jones, the head of the conspiratorial media outlet Infowars, repeatedly lied about the Sandy Hook massacre. He stoked conspiracy theories about the victims and their families, prompting multiple defamation lawsuits. He has since acknowledged that the mass shooting occurred.

Do Utah Wasatch and Uinta Mountains, forests and trailheads have fees?

Jones claimed in his testimony that a jury award of just $2 million would destroy him financially. But on Friday morning the jurors heard testimony about Jones’ wealth from an economist, Bernard Pettingill, Jr., who estimated Jones has a net worth of between $135 million and $270 million.

Jones used two large loans to make it appear he was broke when in fact he was not, Pettingill, Jr. testified.

After one of the jurors asked about the difference between Jones’ money and his company’s money, Pettingill, Jr. said “you cannot separate Alex Jones from the companies. He is the companies.”

Jones “monetized his shtick,” he added, even suggesting that Jones could teach a college course about his techniques.