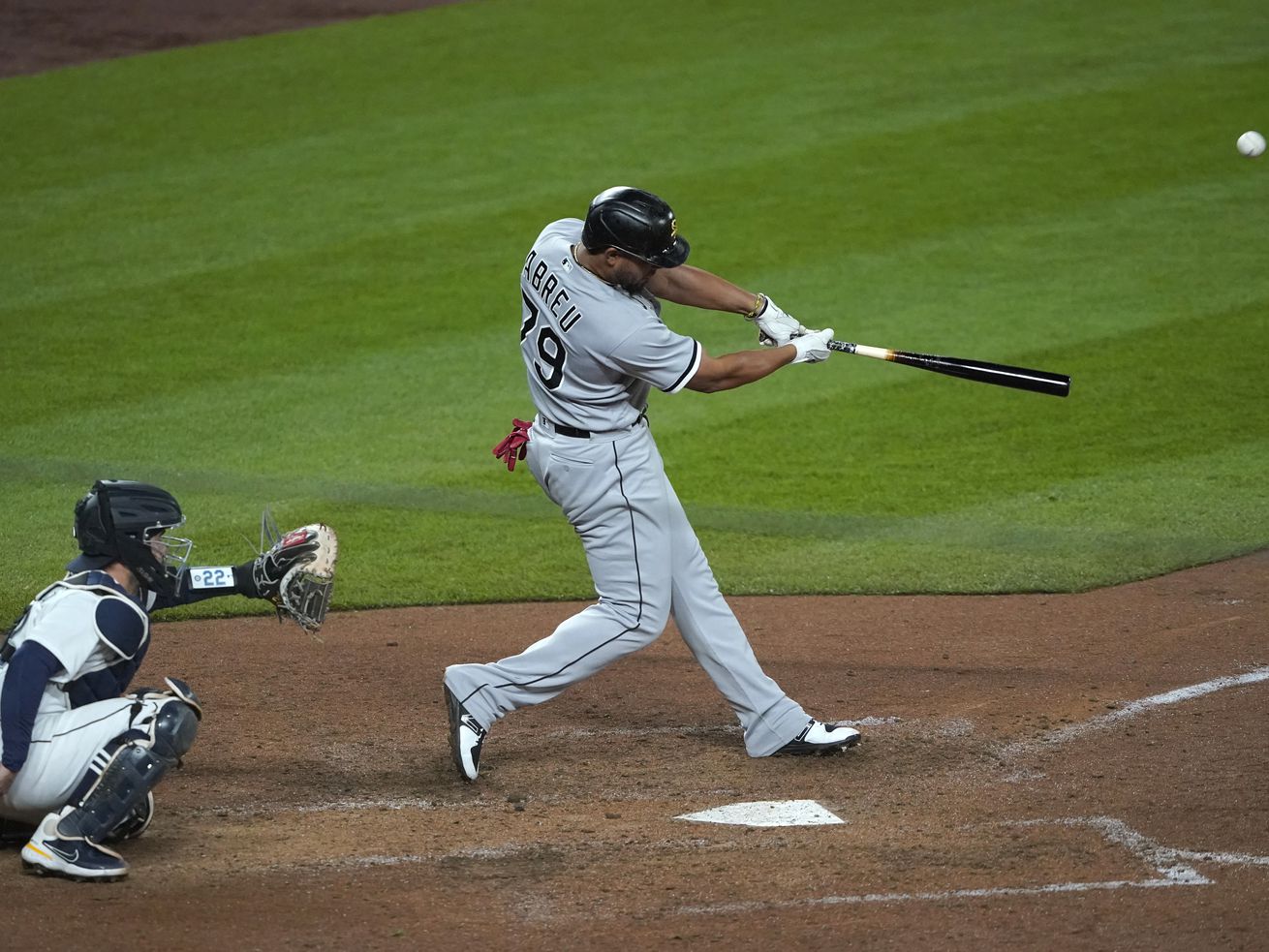 Jose Abreu, Zack Collins Luis Robert homered, and Lucas Giolito struck out 10 over 5 1⁄3 innings to power the White Sox to a 10-4 victory over the Mariners Tuesday night in Seattle.

Abreu’s homer, his second grand slam of the season, was the 200th of his career. It came in the eighth inning, extending the Sox lead from three runs to seven. Abreu also drove in a run with a sacrifice fly as the Sox (3-3) won for the second night in a row in Seattle and beat a left-handed starting pitcher for the 17th time in a row.

Sox pitchers combined for 15 strikeouts for the second consecutive night against the Mariners, who tied the game at 3 in the third when Giolito had to labor through a 39-pitch, three-run frame thrust upon him by shaky defense. Giolito bounced back and pitched into the sixth without allowing a run, and tied Sox great Billy Pierce for sixth on the franchise list with his 11th double-digit strikeout performance.

In the third, second baseman Nick Madrigal bobbled a double play ball and had to settle for a fumbling force out, left fielder Andrew Vaughn had a fly ball near the foul line glance off his glove for an RBI double and Collins, the Sox catcher, didn’t get his glove down to block a strikeout pitch in the dirt, allowing a run to score.

Collins belted a three-run homer against left-hander Nick Margevicius in the second inning to give Giolito a 3-0 lead. Margevidius relieved Mariners lefty starter James Paxton, who left in the second with left elbow discomfort.

It was the latest bad showing with the gloves for the Sox, who made five errors worth seven unearned runs in their opening series against the Angels, losing three of four games. But their offense made it moot against the Mariners.

After going hitless in his first 12 appearances, Vaughn got his first major league hit, a double to right-center, in the fourth. Robert’s two-run homer in the fifth broke a 3-3 tie.

The Sox go for a series sweep Wednesday afternoon.

Helen Mirren finds bright side during the pandemic