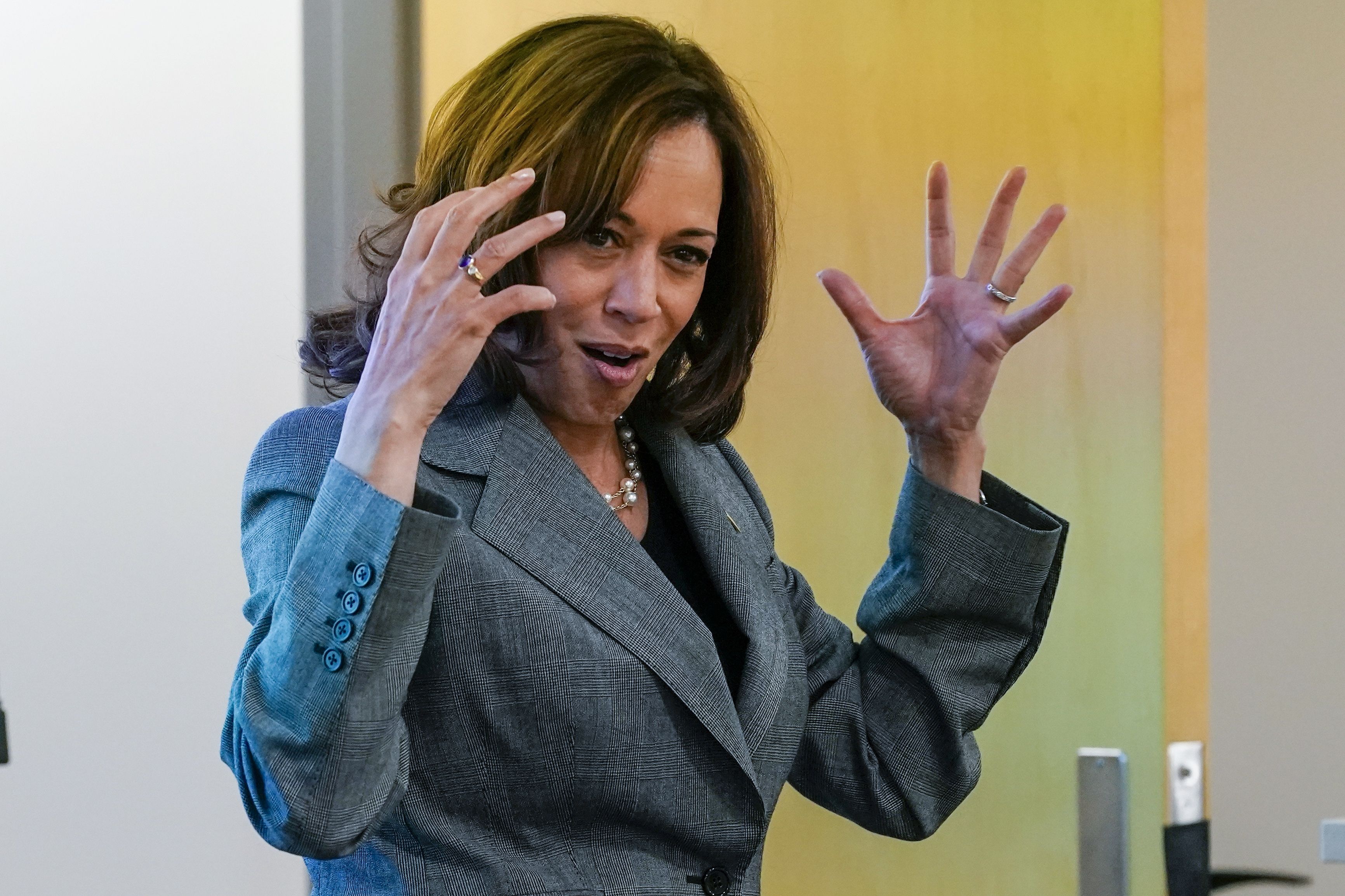 Vice President Kamala Harris met with college students and Latino leaders in Milwaukee on Thursday, a visit meant to energize voters just under seven weeks before an election in which Democratic Gov. Tony Evers and Republican U.S. Sen. Ron Johnson are on the ballot.

Harris also spoke at a meeting of the Democratic Attorneys General Association, urging them to “fight back” for abortion rights and against those she called “extremist, so-called leaders” who were attempting to make it harder to vote.

Harris singled out Democratic Attorney General Josh Kaul, who is up for reelection in November, for filing a lawsuit to challenge Wisconsin’s 1849 abortion ban that has no exceptions for rape or incest.

“Josh, our administration has your back,” she said to applause.

Republicans in Wisconsin have passed numerous bills that would have made it more difficult to vote absentee, but Evers vetoed all of them. Republicans also approved an investigation into the 2020 election that did not turn up any evidence to question President Joe Biden’s victory in the state. Assembly Speaker Robin Vos fired the investigator, former Wisconsin Supreme Court Justice Michael Gableman, last month.

“Today, our nation faces many threats to our rights and to our freedoms and we must stand united,” Harris said.

The vice president also met with students and met privately with local Latino leaders at the University of Wisconsin-Milwaukee in an attempt to energize two groups that don’t always turn out to vote.

About 7.6% of Wisconsin’s population identifies as Hispanic or Latino, according to the 2020 census. The largest concentration is centered in Milwaukee and spills over into nearby Kenosha and Racine counties.

In 2020, however, Latinos made up an estimated 3% of Wisconsin voters, according to AP VoteCast. That figure suggests there are plenty of eligible Latinos not voting in support of either party.

What’s next for UCLA? High-scoring Washington

This election cycle, both parties are focusing their efforts on gaining the support of Latino voters in Milwaukee, the state’s largest Democratic stronghold.

Before Harris’ visit, state GOP leadership and the party’s candidate for attorney general condemned the Biden administration for rising inflation and crime rates. They spoke at the Republican National Committee’s Hispanic Community Center on Milwaukee’s south side.

The RNC opened its Hispanic Community Center in Milwaukee more than a year ago as part of nationwide efforts to reach minority voters, and it’s been holding “election integrity” events there since June that are aimed at recruiting partisan poll watchers.

“The Hispanic community is very conservative both fiscally and socially,” said Preya Samsundar, the GOP’s communications director for the Midwest. She added that the community center’s door-knocking efforts and events have been successful so far in bringing Latino voters into the Republican Party.

But despite the party’s efforts, just a mile down the road in a small Puerto Rican café and restaurant on the south side, voters knew little of the Hispanic Community Center or who was on the ballot this year.

Golden Globes 2021: The Complete List of Nominees | Entertainment Weekly
Stop using "Latinx" if you really want to be inclusive

Finding the best choices for taxpayers

Kurtenbach: ‘Buffalo does it’ isn’t a viable excuse for 49ers coach Kyle Shanahan after Trey Lance broke his ankle