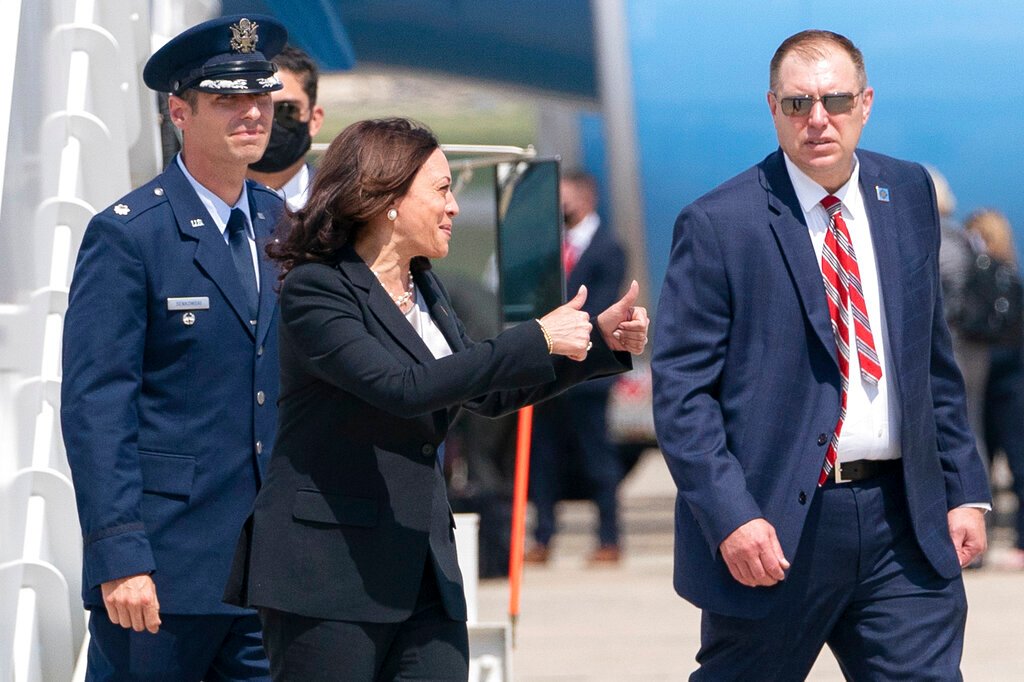 Vice President Kamala Harris made her first foreign trip last week, traveling south of the border to Guatemala and Mexico to address the huge surge of illegal migrants at our southern border. The trip did not get off to a good start.

The landing gear on Air Force Two didn’t properly retract forcing the vice president’s plane to return to Joint Base Andrews minutes after takeoff. “We all said a little prayer,” said the vice president as she boarded her backup plane.

And that was the highlight of her week.

The vice president met with the usual gaggle of government officials in Guatemala, including President Alejandro Giammattei. At a press event afterward, Harris had a strong message for potential border crossers.

“Do not come,” she said. Then, for good measure, she said it again. I’m pretty sure she wishes she had taken her own advice.

Both right and left jumped all over Harris for her remarkably incompetent mixed messaging and the disastrous mid-trip one-on-one interview she did with NBC Nightly News host, Lester Holt.

“The notion that the border is closed,” asked Holt, “Why should they believe you when they know people are getting in?”

To which the vice president had no answer, instead insisting she has been, “working on this issue for a very long time,” which is technically true, just from the wrong side. She has spent her entire public career making the problem worse.

Kamala Harris has been a vocal advocate for sanctuary policies; first as district attorney for San Francisco, then statewide as attorney general and then as U.S. senator. She is singularly unqualified for the job President Joe Biden has assigned her. It’s enough to cause open speculation in D.C. if she hasn’t been deliberately set up to fail.

On a nightly basis, the nation has seen video after video of thousands of unescorted children entering the country only to be crammed into the very same “cages” that horrified everyone when Donald Trump was in office. Children as young as three, four and five, some dropped over a 14-foot-tall border fence, while others have been found in the Rio Grande or rescued after being abandoned in the desert with no food or water. 16,000 children are currently in federal custody. If they are allowed to stay, that will only encourage more parents to hand their kids over to human trafficking cartels and hope for the best.

So, how did Kamala Harris become the point person for border enforcement?

President Biden announced to the world he was ending the Trump administration’s “get tough” border policies. Having pulled the pin on the immigration grenade, he then dropped it in his vice president’s lap. It’s not that the vice president doesn’t know how to solve the problem, she doesn’t want to. Right

now, Kamala Harris must be longing for the good ol’ days when all a vice president had to do was cut ribbons, attend funerals and clap in the right place at the State of the …read more

Golden Globes 2021: The Complete List of Nominees | Entertainment Weekly
After scary incident, Denmark’s Eriksen issues message of thanks from hospital