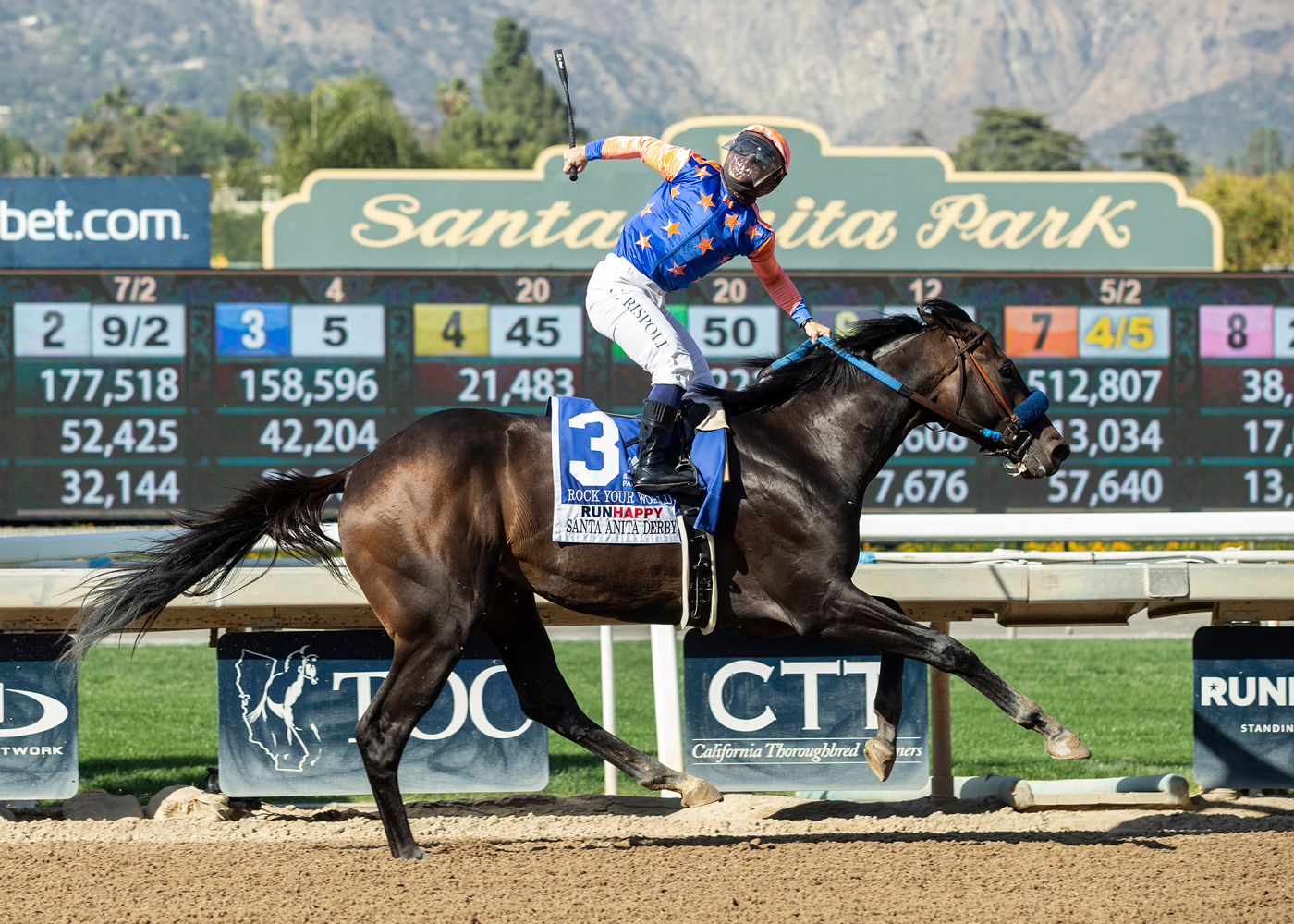 Our Kentucky Derby Super Six has a new face this week, courtesy of trainer John Sadler and owners Hronis Racing and Michael Talla.

His name is Rock Your World, and he certainly did just that Saturday in the 84th running of the Santa Anita Derby when he ran off and hid by 4 1/4 lengths while stamping himself as one of the favorites for the 147th Kentucky Derby.

Sadler had a plan all along, and it worked to perfection.

“I look smart for about an hour,” the Long Beach native joked in the winner’s circle after Rock Your World cemented a spot in this year’s Kentucky Derby with his third victory in three tries.

Run the Candy Ride colt twice on the grass and then switch over to dirt, similar to what Hall of Fame trainer Richard Mandella pulled off with Omaha Beach. Only problem there was that the 2019 Derby favorite was diagnosed with an entrapped epiglottis (throat problem) days before the race and had to be scratched.

“We have been laying in the weeds,” Sadler said. “I thought it would be good to start this horse off on the turf, much like Omaha Beach, and develop. The plan was to run him a couple of times on the turf and now it was time to get the (Derby qualifying) points.”

As Sadler said, he looks like a genius today. But he quickly added, “See me tomorrow.”

Our final Kentucky Derby Super Six, with only 22 days before the Run for the Roses:

What’s a Kentucky Derby without trainer Bob Baffert having one of the favorites?

Baffert is shooting for a record seventh Derby victory, and this son of Street Sense looks like he’ll be mighty tough May 1 if the first three starts of his career are an indication.

If he wins Saturday’s Grade I Arkansas Derby the way he won the Rebel Stakes on March 13, owners Gary and Mary West could earn that Derby victory that was taken away in 2019 when Maximum Security crossed the wire first but was disqualified for interference.

I love his tactical speed. If he breaks alertly in the Derby, he won’t be closing from the clouds, and that’s a huge advantage in a 1 1/4-mile race that attracts 20 horses and often resembles a ride on the bumper cars at an amusement park more than a horse race.

Rock Your World gave jockey Umberto Rispoli his first Grade I victory in the U.S. when he won the Santa Anita Derby, and he went gate to wire while setting fast splits of 22.42, 46.11 and 1:10.64.

The Tapit colt didn’t wow ’em in the Blue Grass, beating Highly Motivated by a neck. But he remained unbeaten in five races and showed resolve in the victory. He also earned a more than respectable 97 Beyer Speed Figure for his efforts.

Cook County, state to suspend use of J&J vaccine