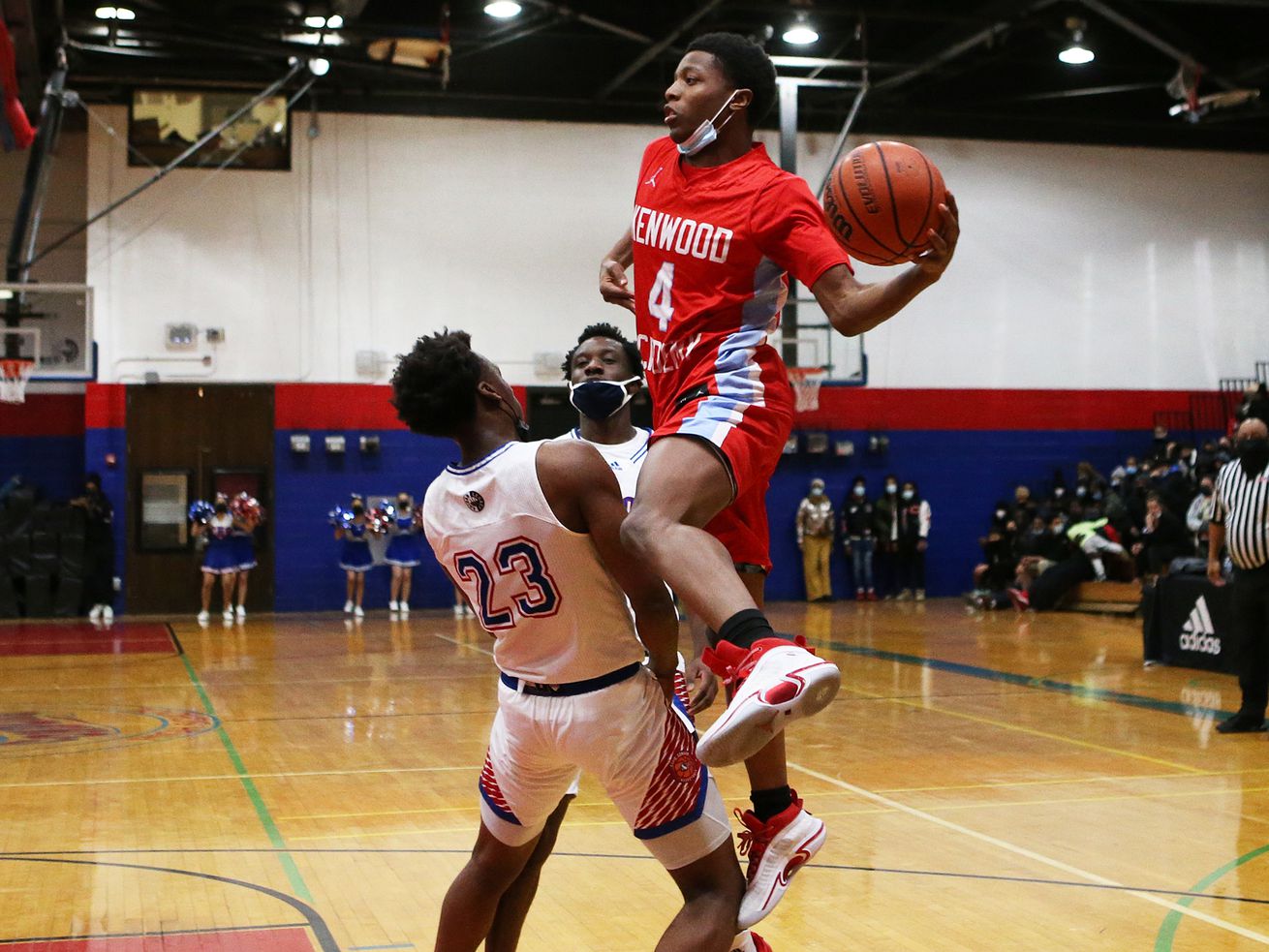 Kenwood coach Mike Irvin promised showtime basketball this season and his talented young team has delivered plenty of it. But that isn’t always possible in the rugged Red-South/Central, especially on the road.

Kenwood coach Mike Irvin promised showtime basketball this season and his talented young team has delivered plenty of it. But that isn’t always possible in the rugged Red-South/Central, especially on the road.

The Broncos didn’t have any showtime moments on Thursday at Curie, but they gutted out a 65-61 win.

Kenwood guard Darrin “Dai Dai” Ames has all the flash in his game. He drains long three-pointers, throws highlight passes, and can slither to the basket for buckets at will. But he also makes his free throws. That’s an increasingly rare skill in high school stars these days and it is what won the game for the Broncos.

“I’m very comfortable on the line,” Ames said. “I shoot 200 free throws after practice every day so it’s really just a motion to me.”

That’s exactly how it looks. Ames’ left-handed free throw stroke is smooth and dependable. He made two free throws with two seconds left to seal the win. The junior was 10-for-10 from the free-throw line in the game and finished with 19 points.

Curie senior Phoenix Bullock thrilled the home crowd when he nailed a game-tying three with 25 seconds to play. But Ames attacked immediately, getting to the basket for a score to put Kenwood ahead for good.

Condors coach Mike Oliver said that’s another sign of how young his team is.

“We let the best player on their team drive and get a layup,” Oliver said. “That’s just not being disciplined. We knew that’s what he was going to try to do. We don’t have a leader at the key moments.”

Curie trailed by 14 late in the third quarter. Sophomore Carlos Harris gave the Condors a spark in the quarter, scoring 10 of his 18 points to get his team back into the game.”

“We know they like to rip and run so we wanted to play a half-court game,” Oliver said. “But in the third quarter there we turned it over eight times in a stretch of 11 possessions. A good team like they are will make you pay for that.”

“This is a tough place to get a win so this is a good one,” Irvin said. “We were up the whole game and then they made a run and my young guys responded well.”Rebounding has been Kenwood’s weakness so far during Public League. Simeon dominated the boards against the Broncos on Tuesday and Curie outrebounded them 37-28.

Davius Loury, a 6-7 junior, stepped up on the glass …read more