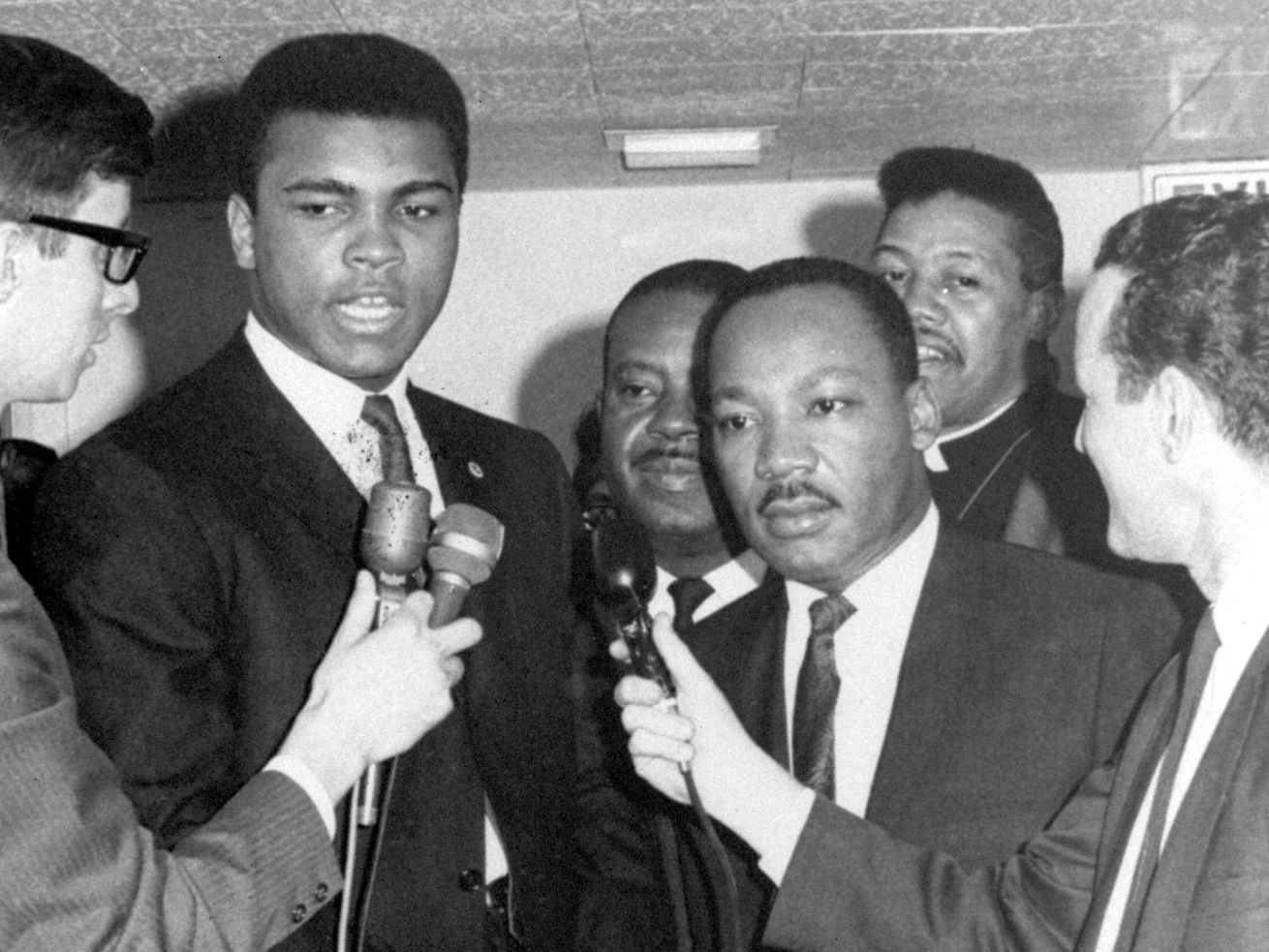 Dr. King and Ali did not see eye-to-eye on strategy and tactics, but they did not have to. Protest comes from many angles and in many forms. This year, both men are being celebrated on the same day.

America is at a crossroads. Our democracy is at stake, and our country is growing more divided by the day. In this moment of urgency, we dig back to our roots of resilience and take a day to recognize and commemorate two great figures of our nation: Dr. Martin Luther King Jr. and Muhammad Ali. These two leaders demanded more from America— for all of us.

This year, we have the opportunity to celebrate these two anchors in our nation’s civic roots on the same day.

Not only is Jan. 17, 2022 Martin Luther King Day, but it is also the first official Muhammad Ali Day in Illinois, a coincidence that will only occur once every few years. Illinois is the first state to pass legislation making Muhammad Ali’s birthday a commemorative holiday each year, and the Illinois Muslim Civic Coalition is proud to have advocated for this legislation with partners and allies of all races, faiths, and backgrounds. We are grateful to state Sen. Laura Ellman and state Rep. Edgar Gonzalez for championing this 2021 legislation that passed unanimously.

While we may reflect on both of their legacies, the stage is large enough for both these giants. Their stage is the world stage.

Dr. King, a Christian minister from the South, led protests that resulted in the Voting Rights Act of 1965 and the Civil Rights Act of 1964. For this, he paid the ultimate price when he was assassinated in 1968. Muhammad Ali, or America’s Champ, set a model as a rare athlete. He was the greatest boxer of all time in the ring, and he pulled no punches in his civic protest outside of it. In fact, Ali’s protest of the Vietnam War cost him a fine, prison time, and the World Heavyweight Championship title in 1967 he had worked for his entire life (it was reinstated five years later).

The crunchiest, cheesiest macaroni and cheese bakes on a sheet pan

Today, we see athletes protesting in powerful ways with Muhammad Ali as their model.

Dr. King and Ali did not see eye-to-eye on strategy and tactics, but they did not have to. Protest comes from many angles and in many forms. As faith-driven men, both Dr. King and Ali relied on their moral compasses to guide their convictions and fuel their courage — an aspirational goal for ourselves and our nation.

When Dr. King was jailed in Montgomery County, Ali reached out to make sure he was alright. When Ali was stripped of his title, Dr. King connected with him and applauded his strength and resolve. They were brothers in this work and unapologetic about their conviction to change the world …read more

Golden Globes 2021: The Complete List of Nominees | Entertainment Weekly
This Rare Porsche Carrera GT Is the Most Expensive Ever Sold

‘Jockey’ is the most realistic, heartbreaking and hopeful look at horse racing we’ve ever gotten

After George Floyd’s murder by police, his brother Philonise Floyd strives to ‘turn pain into purpose’