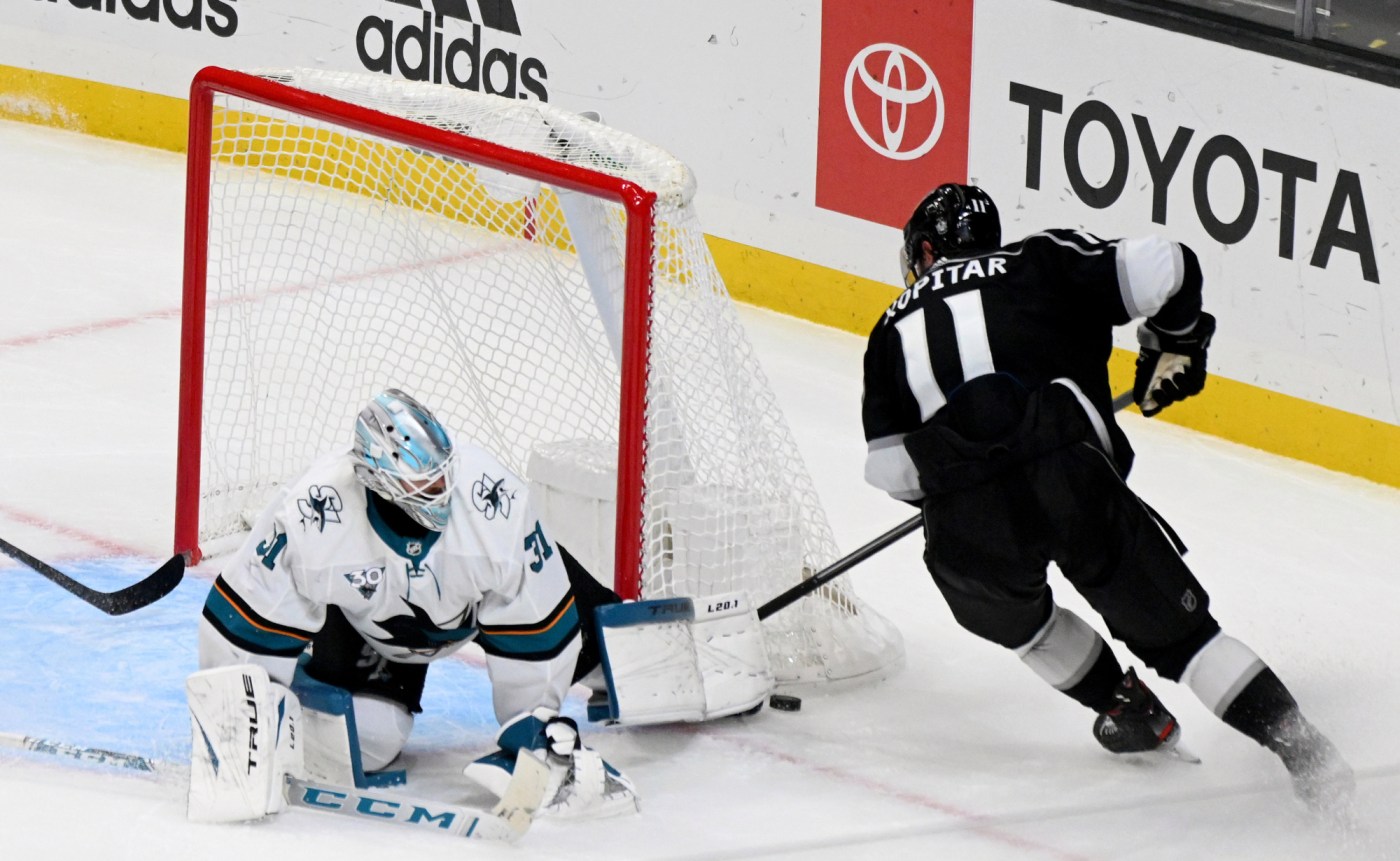 If the Kings are to gain ground in a tight West Division race, they’ll have to buck a trend and figure out a familiar foe as they travel to San Jose to face the Sharks and goalie Martin Jones.

The Kings won Wednesday in a thrilling comeback against Arizona, but following a victory with another win has proved to be a burdensome task for the Kings this year. They have had just two winning streaks all season, a six-game surge in February and two consecutive wins back in January.

They’ve also had trouble this season with Jones, who has gone 5-1-0 with a shutout, a 2.37 goals-against-average and a .932 save percentage against the Kings this season.

His success has not been for any lack of effort by the Kings, who have averaged over 34 shots on goal per game across Jones’ six outings. Jones, who began his career with the Kings, had enjoyed historical success against them as well, posting a career 18-5-3 record with similarly lean supporting numbers.

Though the Kings got more top-to-bottom balance Wednesday, one constant this season has been the reliable top pairing of decorated veteran Drew Doughty and rookie Mikey Anderson. Both logged over 28 minutes Wednesday, selflessly blocking shots and filling gaps all over the ice.

Rookies Austin Strand and Kale Clague, who contributed two assists and a momentum-changing hit Wednesday, have performed admirably with defensemen Matt Roy (COVID protocol-related absence), Olli Maatta (upper body) and Tobias Bjornfot (upper body) absent from the lineup. But it has been Doughty and Anderson picking up extra responsibilities while simultaneously elevating their own play.

“When you have three of your go-to defensemen out and you’re in a tight game, you rely on guys to pick up the slack. If it means picking up four or five extra minutes, then it’s going to be that way,” Kings Coach Todd McLellan said. “(Anderson’s) partner plays almost 30 minutes every night, so he’s going to have to get used to that moving forward. He did a tremendous job again, as he does every night.”

Doughty had flatly criticized his team’s lack of intensity and the focus of some players on staying in the lineup from game to game rather than team success Monday. He followed that up with a performance in which he led the way defensively and figured prominently into the tying and winning goals Wednesday.

Doughty, who is in the second year of an eight-year $88 million contract, raised some eyebrows with declining numbers over the past two seasons, but has now reclaimed his spot among Norris Trophy candidates.

“There was a lot of talk over the summer about ‘Where’s Drew’s game?’ Drew’s game is outstanding. You really have to be around him to appreciate the minutes, the locker room, the energy he brings and the work he’s put in over the summer,” McLellan said. “He’s as good a defenseman as there is in the National Hockey League right now, in my opinion.”

Minnesota cop will be charged in shooting of Black motorist

New photo shows man wanted for exposing self to children in Lawndale: police