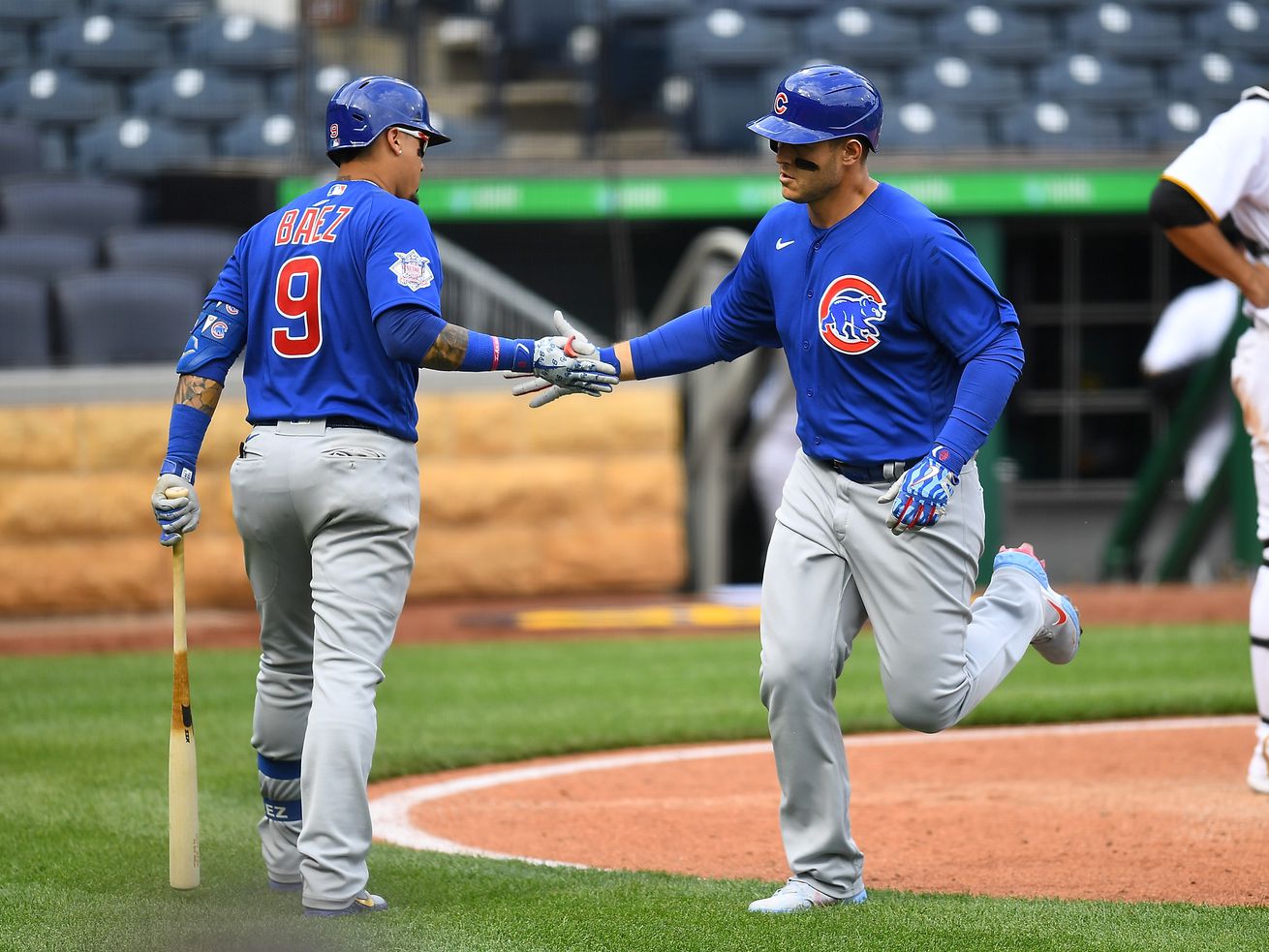 Bryant, Baez and Rizzo went 6-for-11 with three homers, four runs scored and a walk in the Cubs’ 4-2 win over Pittsburgh.

PITTSBURGH – There’s nowhere to go, but up. That’s one way you could look at the Cubs’ offense one week into the season. It’s no secret that the offense has had a slow start to the 2021 season and after a tough three-game series against the Brewers, something had to give.

Going into Thursday’s game, the Cubs were hitting just .124 as a team with only 21 hits on the season. But they doubled that total and had an awakening as they put up 11 hits in Thursday’s 4-2 win over the Pirates.

After nearly being no-hit by Milwaukee’s Brandon Woodruff on Wednesday, the Cubs felt like they were one swing away from having a game where things fell their way.

“We felt really good on the plane last night. Confidence and a little bit of momentum coming off our at-bats later in the game yesterday. Quality at-bats and getting guys on. We weren’t able to finish the job yesterday, but it definitely felt good. … We carried that into today, really good approaches from everybody.”

The biggest story for the Cubs this year is the unknown future of Kris Bryant, Javy Baez and Anthony Rizzo. But also how their performance and success will make or break the Cubs’ offense. Ross has stated since spring training began that if his offensive superstars put up big numbers, the team’s success would follow.

There was a preview of that in the 4-2 win. Bryant, Baez and Rizzo each homered and showed what the offense is capable of when its stars are leading the way.

“I think we stayed together especially the last two games where we got three hits,” Baez said about the lineup’s slow start. “We have fun, we have fun even when we lose a game. We’re not trying to lose games, but we’re giving everything we have.”

Bryant played the role of catalyst in the Cubs’ win, launching a 418-foot solo shot in the first inning to give the Cubs an early lead. The quality of Bryant’s at-bats has looked much closer to his former MVP form.

The rest of the offense followed his lead as hits slowly started to fall, but they had just one run to show for it and trailed into the sixth inning despite the team’s hit parade. After a Bryant sixth-inning single, Baez took a ball six inches off the ground and drilled it into the left-field seats to re-take the lead.

“When I react to pitches out of the zone, I swing the bat a lot,” Baez said. “Once I see the ball good, if I keep my approach and my plan, those bad pitches, I can get to them pretty good.”

That would only leave Rizzo to get in on the action and his eighth-inning homer was not only his first of the season, but added some needed insurance. Bryant, Baez and Rizzo went …read more