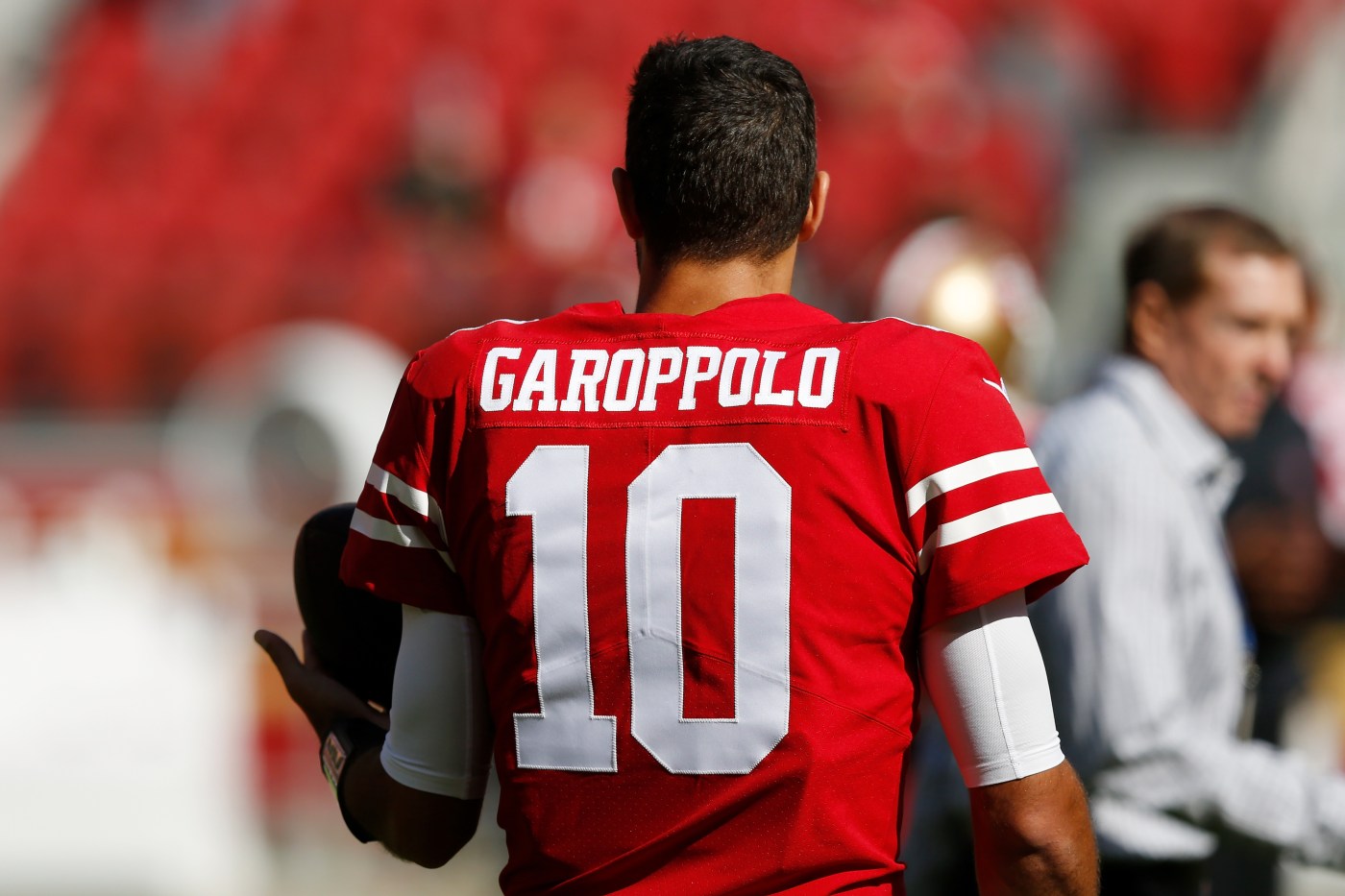 They know his strengths — the ones that were a big part of the Niners’ successes in 2019 and 2021, leading to a vocal group of fans calling for him to start before Trey Lance’s broken ankle.

They also know his weaknesses — the reasons Lance was starting in the first place.

There’s simply not much to be discovered about the 30-year-old quarterback. He is what he is. He’s good, but he’s not great.

Yet all week, I can’t shake a strange question:

What Jimmy G will the 49ers get for the rest of this season?

The Niners No. 10 has been, effectively, two quarterbacks since he arrived in San Francisco.

There was the Garoppolo we’ve come to know and expect since he signed what was once the NFL’s largest contract in the offseason before the 2018 season.

But what if Garoppolo could go back to being the quarterback that arrived in San Francisco midway through the 2017 season?

That Garoppolo was a freewheeler. He didn’t know the playbook — even the simplified one head coach Kyle Shanahan installed for him, so he pushed the ball all over the field, including deep.

With Lance out, the Niners will lean on Deebo Samuel on offense

Week 3 NFC Power Rankings — how to the 49ers stack up to their conference peers?

Garoppolo took over the starting job in 2017 after the starter (then CJ Beathard) was injured in a game in the rain against the Seahawks at Levi’s Stadium.

The Niners won their final five games of the season under Garoppolo. He threw for six touchdowns and was intercepted five times during that stretch, but for a team that was desperate for something good — anything — after years of misery, Garoppolo provided it.

“I love doing that stuff,” Garoppolo said of his swashbuckling play. “In ‘17, there was a freedom where me, the receivers, tight ends, we had a good chemistry going. And when you get that with offensive skills and a quarterback, it makes for a tough offense.” ”

Then he changed. We only saw flashes of that 2017 Garoppolo once he …read more