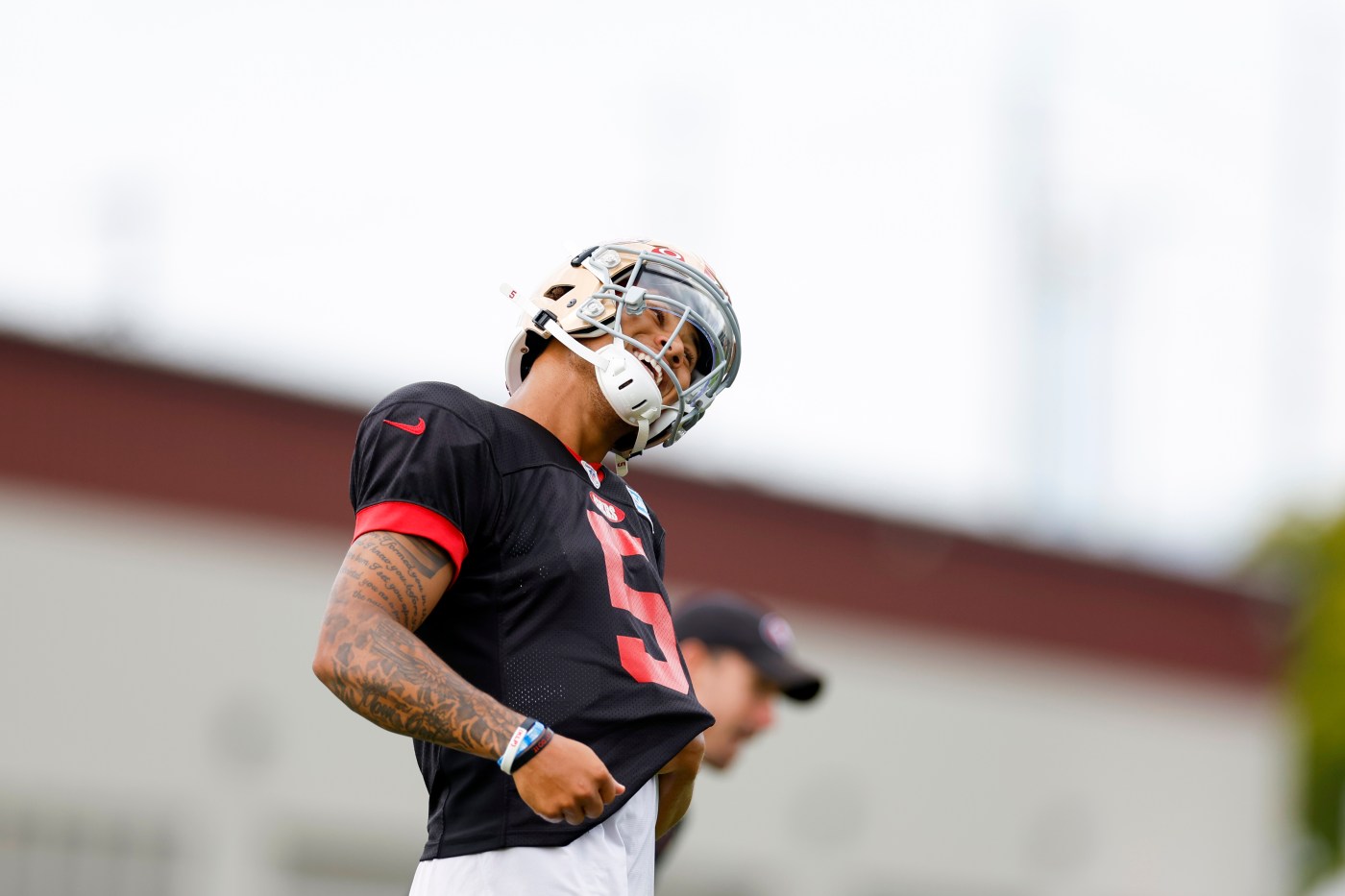 Training camp is almost over.

Yes, it seemed like the 49ers just started, but with preseason games starting next Friday, training camp — the daily grind of practices — is nearing a conclusion.

Meanwhile, I have come to some conclusions a bit before the finish.

Here’s what I’ve liked — and haven’t liked — from Santa Clara:

The 49ers’ offense is going to change with Lance at quarterback, right?

Of course it is. More running. More big plays down the field.

And on the latter, Aiyuk is looking as if he will be the biggest beneficiary.

So far in camp, he’s been going full Stretch Armstrong — using his comically long arms to snag everything and anything coming from Niners quarterbacks.

There is a trust developing between him and Lance, whose accuracy leaves something to be desired but the problems of which are mitigated by, again, those long arms of Aiyuk and the receivers’ sense of fearlessness.

The ultimate sign of respect to Aiyuk: Fred Warner — who is an absolute maniac in practices — is challenging the wide receiver to the point that the two fought, twice, at practice earlier this week.

Last season, Deebo Samuel was an All-Pro. Aiyuk looks as if he has that same potential this season. The joint practices in Minnesota next week will tell us if this early surge has staying power.

Shanahan unhappy with 49ers’ brawl, Warner’s concussing hit that set it off

49ers camp: Can Trey Sermon climb into running back rotation?

The outside corner combination of Charvarius Ward and Emmanuel Moseley has been exceptional in camp. I expect that form to continue for the full season.

Ward is as good a press cornerback as I have seen in my days covering football and he seems to see the game in slow-motion.

Moseley remains the most athletic player on a field full of super-athletes. His skill set has also shown clear refinement from prior seasons.

There were question marks at nickel back and strong safety, though. I have seen no issues at either spot.

Darqueze Dennard and Dontae Johnson have been stout in the slot. I see no reason to worry about either in coverage. We’ll see how they are in the run game soon enough.

How to cook with garden and windowsill herbs this summer