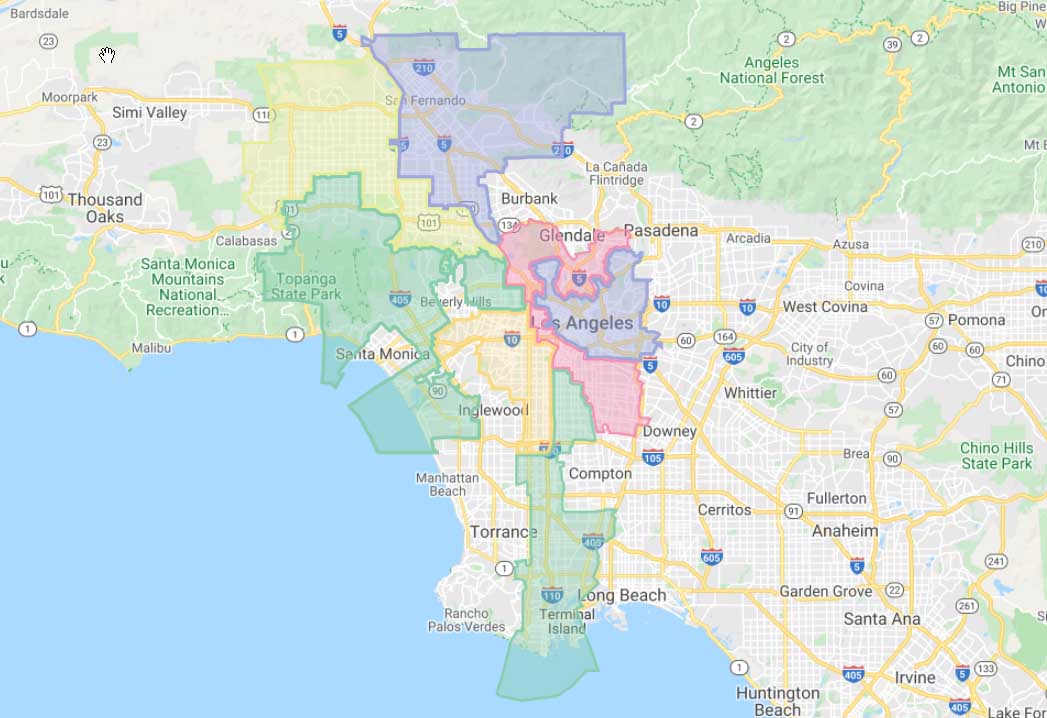 Los Angeles city councilmembers voted this week to move forward with a final redistricting map for the Los Angeles Unified School Board, ahead of a meeting next Wednesday where the council is expected to approve an ordinance to formally adopt the map.

The 12-0 vote came at the end of a Tuesday, Nov. 23, public hearing about LAUSD’s redistricting map, the second such hearing this month by the City Council. There was no discussion by council members before the vote, despite pleas by some members of the public who urged elected officials to go back to the drawing board.

In recent weeks, San Fernando Valley residents in Encino, Reseda and Woodland Hills have voiced objections to having their communities split between two school board districts, while residents in Southeast L.A. have complained that the map under consideration is gerrymandered and works against them from being able to elect someone from their community to represent them.

Jamie York, secretary of the Reseda Neighborhood Council who was speaking for herself, said during the Nov. 10 hearing that it did not make sense to place some students from the San Fernando Valley in District 4, which also represents residents in L.A.’s west side, including such communities as Bel-Air and the Pacific Palisades. The communities in the valley and ones in West L.A. are divided by the Santa Monica Mountains.

Rather, residents in Encino, Reseda and Woodland Hills insist they should be grouped entirely in District 3 with the rest of the West Valley. District 4 is currently represented by board Vice President Nick Melvoin while board member Scott Schmerelson represents District 3.

York said that in speaking with Woodland Hills residents who have had their community divided between the two districts before, the conclusion was that it did not benefit students.

“What ends up happening is that the kids in the valley that are part of District 4 end up basically getting ignored,” York said. “It’s not useful and it’s not good for kids.”

Even in a loss to the Raiders, Dak Prescott put on a masterclass of a performance

Over in District 5, residents from Southeast L.A. such as Huntington Park, Maywood and South Gate said the proposed map would continue to disenfranchise voters in their communities who, for the past decade, have been lumped into the same district as folks in Northeast L.A., with whom they have little in common.

And because there is higher voter turnout from the Northeast, residents in the Southeast said they’re unable to elect a candidate from their community to make sure their voices are heard.

“The map that’s being proposed isn’t equitable and isn’t fair, and it very clearly gerrymanders our communities with communities that are not like us at all, a 40-minute drive away from where we live,” said Southeast L.A. resident Cynthia Gonzalez.

“My daughter, who’s a junior in high school, has never had anyone from her community represent her on the board, and my 9-year-old daughter — if you adopt this map — will never have that either,” she added.

District 5 is currently represented by board member Jackie Goldberg, who lives in Northeast L.A.