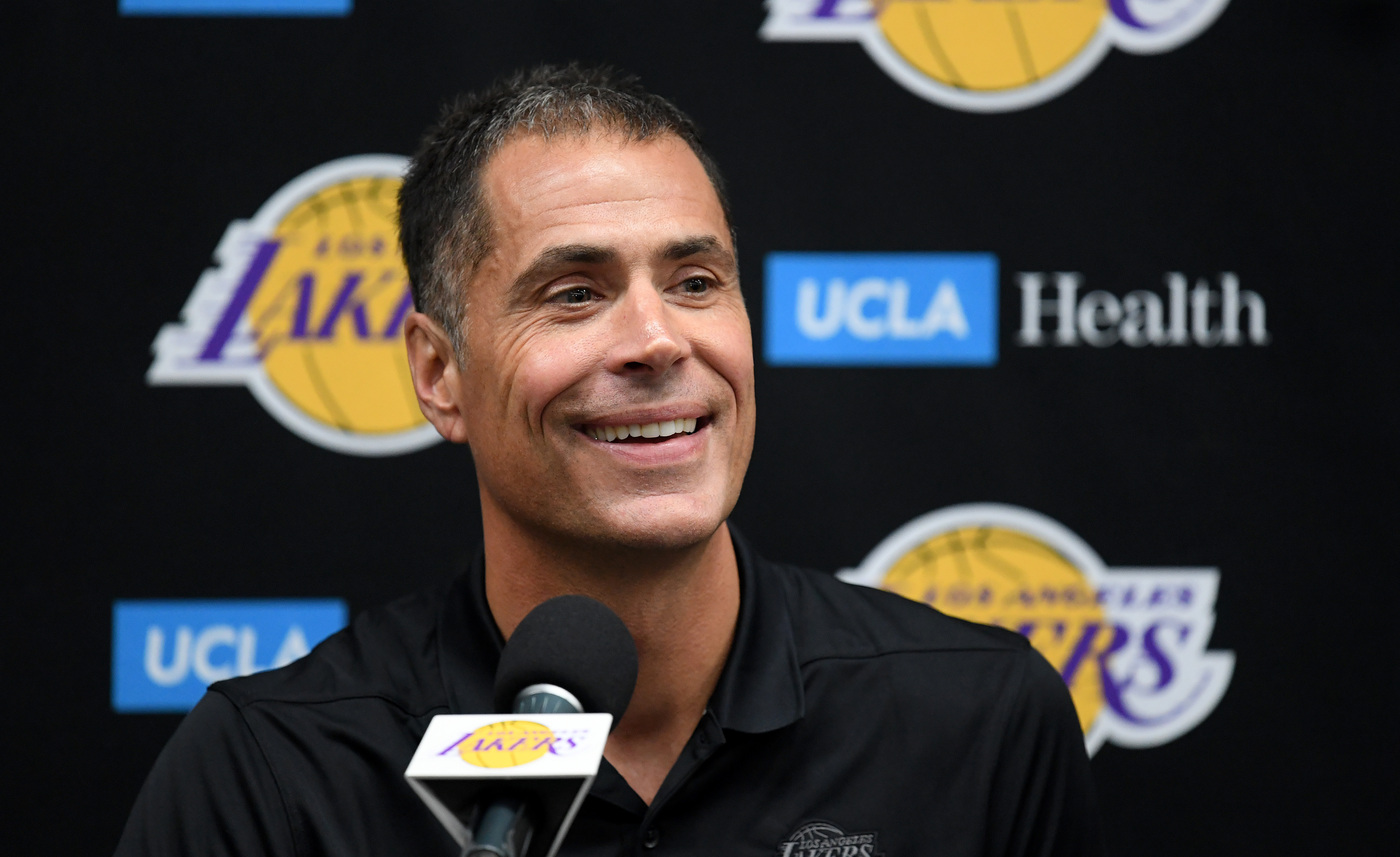 How quickly will Max Christie help the Lakers?

It might not seem fair to put a 19-year-old on the spot, but as the Lakers prepare to enter the 2022-23 season likely with three maximum contract players and an expectation that they will have one of the highest payrolls in the NBA, every roster spot counts. General Manager Rob Pelinka used the word “develop” or “development” or “developmental” nine times in his comments after the draft, but he still seemed to understand that time is of the essence in turning Christie into a useful player for next season.

At a lean 190 pounds on a 6-foot-6 frame, Pelinka said the plan is to bring Christie in as soon as possible to get him working with the Lakers’ strength staff. “He likes the weight room,” Pelinka mentioned as an aside, noting that he has to get stronger.

But the Lakers – who have had success in the middle of the draft under the current front office – didn’t want to mess up the No. 35 pick with desperation. Pelinka said the front office and scouting department were “unanimous” in their support for picking Christie, a player they believe can help them both now and later.

“I think the wrong thing to do in the draft is to just say, ‘We need to get this guy who can play for us right now.’ That’s when you can make big mistakes,” Pelinka said. “We wanted to take the player that we thought could help our team in the current present time but really develop into something special. And we think Max Christie has that DNA.”

The Lakers didn’t have a pick for much of the predraft process, which profoundly limited them from working out players in Christie’s draft range in L.A. But they liked what they saw from the former McDonald’s All-American and Michigan State product at the NBA Combine last month in Chicago, and an interview pushed Christie’s stock up on their board.

Christie registered surprise: The Chicago interview was the only time he met with the Lakers before draft night on Thursday. But it made an impression with Pelinka, Kurt Rambis, Joey Buss and Jesse Buss.

Statistically, Christie seems early on in that particular journey. He played a lot of minutes for the Spartans, but he was not the knockdown shooter (31.2% from 3-point range) he was projected to be, averaging 9.3 points per game. He had moments when he struggled to compete physically with his wiry build in the Big Ten which Pelinka called “a man’s league” (having played in it himself).

But the Lakers clearly don’t doubt Christie’s desire to improve. Christie said himself that with a 6-foot-9 wingspan and good length in the …read more

Chicago cop who pulled woman by her hair and knelt on her neck falsely claimed someone in her car was armed with hammer, oversight agency finds

Bear pops beach ball, leading to an ‘attack’ on woman in tent