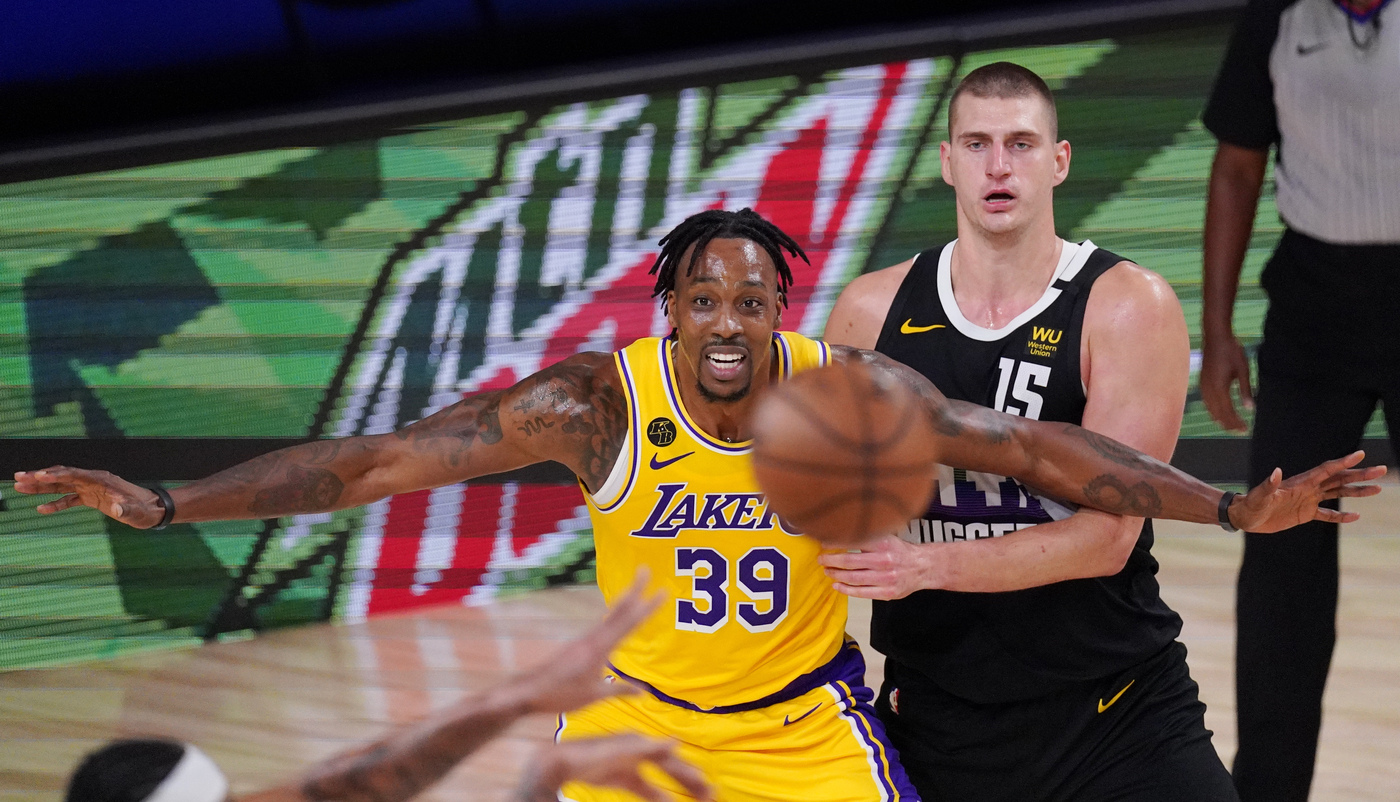 In back-to-back games, the Denver Nuggets scored 85 points, then scored 140 points. Even with reigning league MVP Nikola Jokic in the fold, you don’t always know what you’re going to get out of Denver’s offense.

The same could be said of the Lakers’ defense recently. After their first four-game winning streak of the season, the Lakers (21-21) find themselves reeling after consecutive losses in which they gave up at least 125 points.

While there has been plenty of focus on Russell Westbrook’s slump recently, Coach Frank Vogel said that’s not what worries him the most ahead of Saturday’s game in Denver.

“Our defense has been terrible the last two games,” he said. “We learned that more than anything else. There’s a reason we didn’t win the last two games and we had a spirited session in the film and on the court, in terms of being better on that side of the ball.”

Of paramount concern was the Lakers’ inability to keep Sacramento out of the paint, where the Kings scored 70 points. It was the most points in the paint the Lakers have allowed all season, as the defense didn’t play with the unity that Vogel is attempting to drill into them.

Denver doesn’t have the same foot speed as Sacramento, but the Nuggets have pesky drive-and-kick playmakers such as Facu Campazzo, Monte Morris and Bones Hyland, as well as quick-trigger shooters such as Will Barton and Austin Rivers. And they have Jokic, a unifying force in their attack who can shoot or pass from anywhere on the court. Saturday’s game looms as a particularly important one as the seventh-place Lakers attempt to chase down the Nuggets, who are directly ahead of them in the Western Conference standings.

In their small-ball scheme with LeBron James at center, the Lakers have relied on brisk offense to overcome the gaps that lineup creates at the defensive end. In their last eight games, they lead the NBA in offensive rating (120.4) by a wide margin, but they’re just 24th in defensive rating (114.7).

Denver offers a test of how committed the Lakers are to playing small ball. As recently as the 2020 postseason, the Lakers deployed Dwight Howard to bully Jokic on the defensive end. For now, Vogel is concealing his hand until tip-off, but he sounded open to playing small against the 6-foot-11 center who is averaging 14 rebounds per game to go with 25.5 points and 7 assists.

“I’m not going to release my lineup, but there is a lot of value in trying to stretch him out,” Vogel said. “Make him guard on the perimeter as much as possible and use the space offensively.”

The Lakers, of course, are biding time until Anthony Davis is cleared to return from an MCL sprain in his left knee. The team is scheduled to evaluate the All-Star big man early next week, Vogel said, roughly a month since he was injured on Dec. 17. ESPN reported that Davis could return during the six-game road …read more

Catastrophe averted as fire near chemical plant is contained