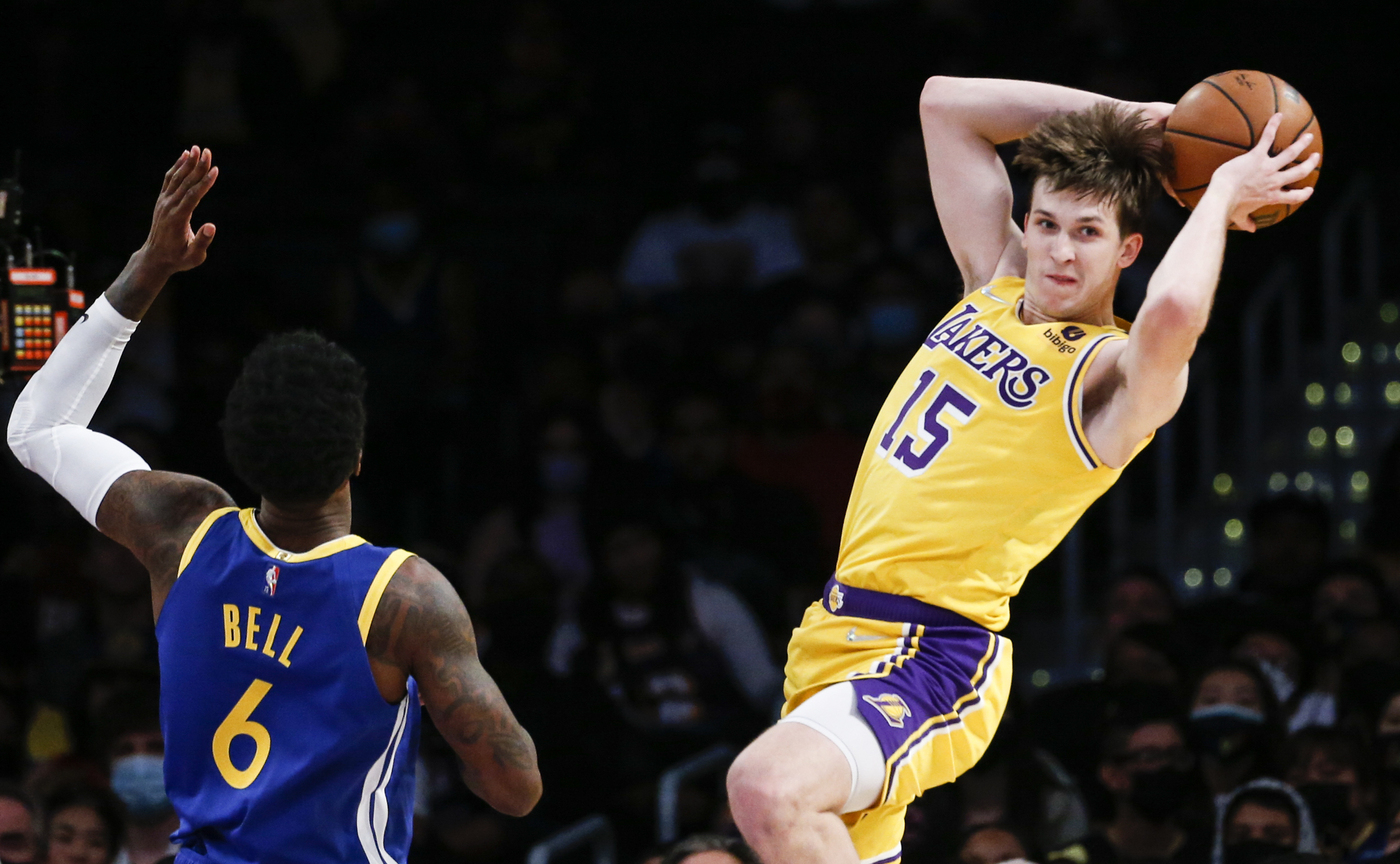 The season is less than a week away, and the Lakers have an injury list that already has grown frustratingly long.

It’s tough news for Malik Monk (groin strain) and Kendrick Nunn (sprained ankle), who have minor ailments that will keep them out of the preseason finale on Thursday in Sacramento. It’s even harder to swallow for Wayne Ellington, whose hamstring strain threatens his status for the regular-season opener on Tuesday, and for Talen Horton-Tucker and Trevor Ariza who are nursing injuries that will keep them out even longer.

But it’s an opportunity for Austin Reaves, a rookie who finds himself on a rapid ascension. From being signed as the NBA Draft ended, to catching the coaching staff’s eye during Summer League, to being the 14th man on the roster. Now with a lack of depth, Reaves has been thrown into the fire off the bench – and his teammates like what they’ve seen.

“I watched a lot of film on him when we drafted him actually: I knew right away that he could be an NBA player and play at this level,” LeBron James said. “His size. His shot-making ability. His pick-and-roll play, his passing. High I.Q. kid. And he’s got a lot of dog in him too. … That translates to our game.”

On Tuesday night, the Lakers threw out the following lineup in the second quarter against Golden State: James, Anthony Davis, Russell Westbrook, Carmelo Anthony – and Reaves (10 points, three assists), who was playing for Oklahoma in the NCAA Tournament last March.

“I mean, I grew up watching these guys play, and for them to trust me enough to look for me and give me opportunities to make plays is special to just boost my confidence even more.”

Staples Center has caught on quickly, too. Reaves got a number of fans standing up from their seats during that second quarter when he was a bounce away from finishing a reverse layup that left the crowd in the lurch. The Arkansas native has also gotten attention for the nickname that followed him from the Sooners: Hillbilly Kobe.

Kobe Bryant was Reaves’ favorite player growing up. But as far as comparisons go, he’s tried to shape his game a little after Utah’s Joe Ingles, who is part ball-handler, part shooter, part reliable perimeter defender.

“Someone who can do multiple things on a nightly basis that just helps his team be successful,” he said. “I kind of play an awkward brand of basketball, so really just try to be myself, and do whatever is necessary to help the team be successful.”

It’s hard to say if Reaves, a thin-framed sharpshooter, will be able to compete for any kind of role as the Lakers get healthier. But Coach Frank Vogel confirmed that the Lakers are more likely to trust him with minutes if they get in more health-related binds.

“For a young player getting his first taste, he played exceptionally well,” Vogel said. “To the point where we trust him being in there, being in the right spot, to …read more