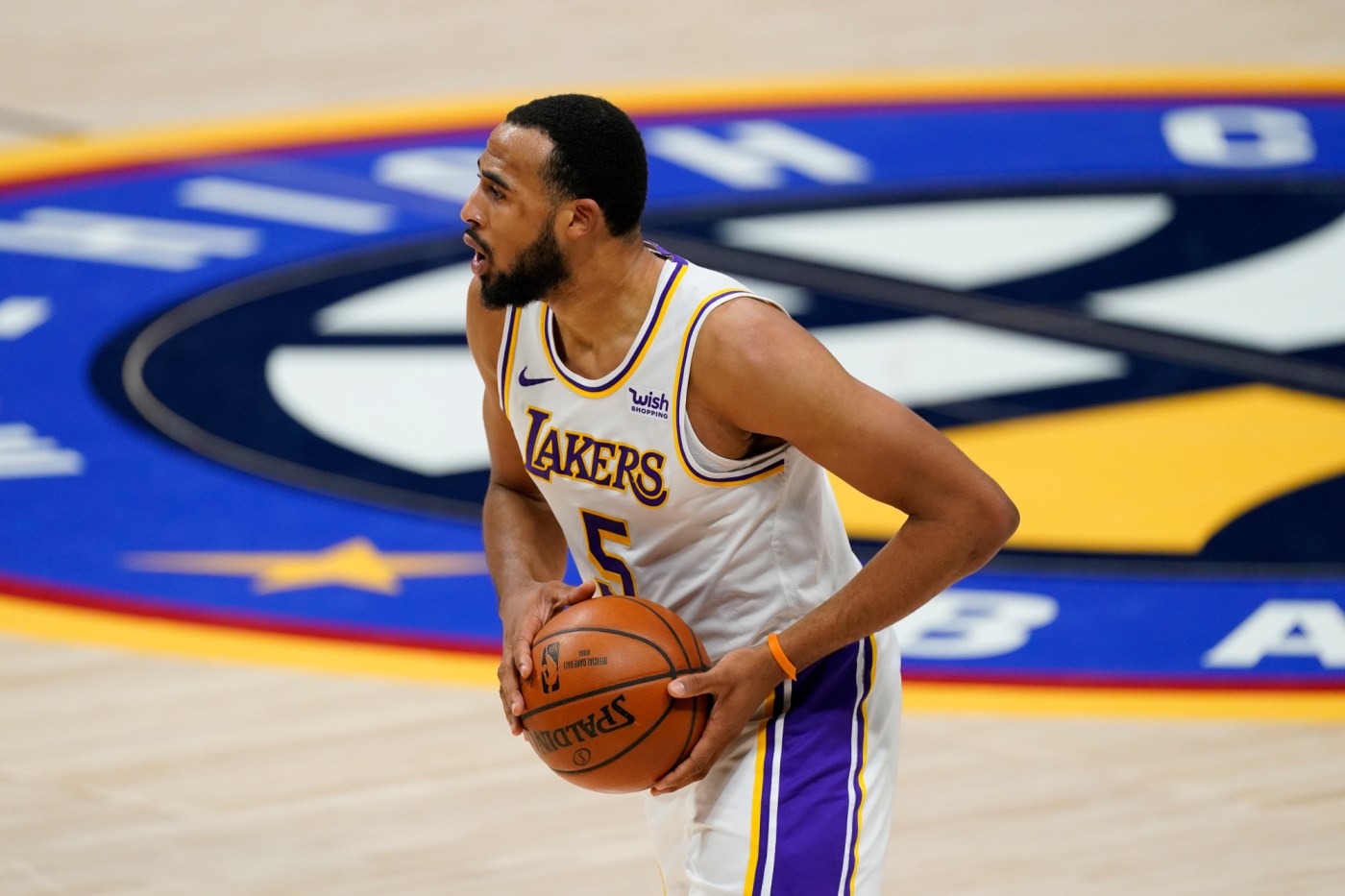 The fracas with the Toronto Raptors on Tuesday night will cost the already short-handed Lakers a key piece for their Thursday matchup in Miami.

The NBA issued a one-game suspension Thursday morning for Talen Horton-Tucker for leaving the bench area during the minor melee sparked by a confrontation between Toronto’s O.G. Anunoby and L.A.’s Dennis Schröder. The Raptors’ DeAndre Bembry and Fred VanVleet were also suspended for the same reason, while Anunoby and Montrezl Harrell (who were both ejected) were fined $30,000 and $20,000 respectively.

Horton-Tucker, 20, has become an increasingly important member of the rotation in the absence of LeBron James and Anthony Davis. In the past 10 games, he’s averaged 10.4 points, 3.2 rebounds and 2.5 assists with a positive net rating. He’s served as the Lakers’ best playmaker off the bench, scoring a team-best 17 points in the win over the Raptors.

NBA rules explicitly forbid players who are not in the game from leaving the bench area during on-court upheavals. A video replay showed Horton-Tucker wandering toward half court (the incident unfolded by the basket near the Raptors’ bench). Notably, Schröder came out unscathed for what the NBA called a common foul on Anunoby.

Thursday was to be a night that saw the Lakers inch closer to full strength: Center Andre Drummond is scheduled to start after a three-game layoff from a toe injury, and new addition Ben McLemore is also available to play.

In addition to Horton-Tucker, Kyle Kuzma may miss Thursday’s game as well with left calf tightness, which coach Frank Vogel called “significant.” The Lakers will make a decision on Kuzma closer to the 4:30 p.m. PST tip-off that sees them face off with the team they played in last year’s Finals. Kuzma has averaged 14.7 points and 7.2 rebounds with James out of the lineup recently.

The Lakers had a rare road shootaround Thursday morning in the hopes of getting McLemore, who most recently played for the Houston Rockets, better ingrained.

“If he’s in there tonight, it will be a sort of throwing a whole lot of stuff at him and just asking him to compete,” Vogel said. “But we’re doing everything we can to try to get him up to speed as soon as possible.”

Andre Drummond’s path to the Lakers was paved with sweat

McLemore was an ace shooter last season when the Rockets were more competitive, shooting 40% and hitting six threes in the final two games against the Lakers in the playoffs. In a meeting with McLemore, Vogel emphasized that he …read more

Cuomo aide says he slammed door shut before groping her

College basketball is dreamy and seamy