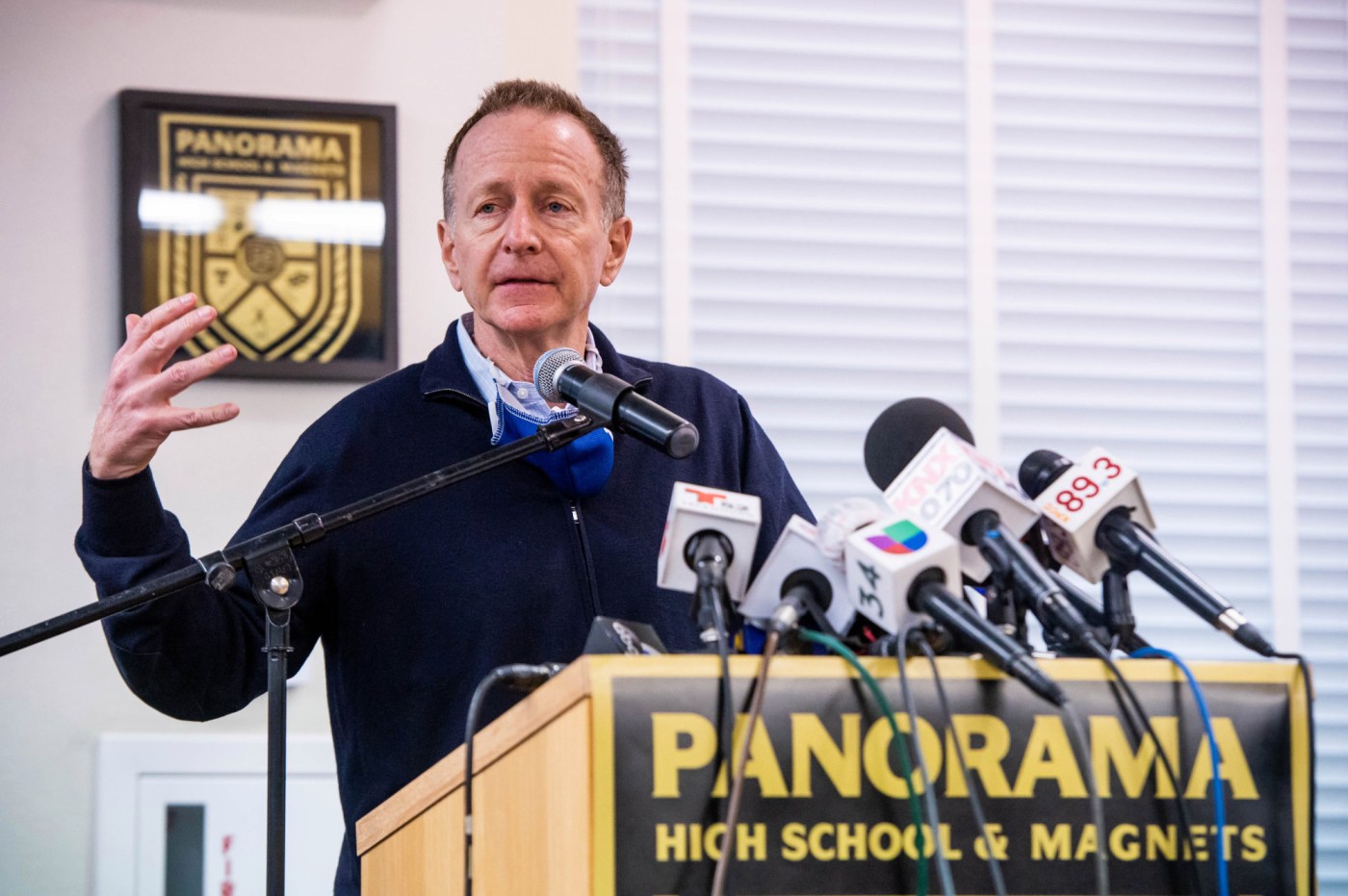 The Los Angeles Unified School District has been hit with another lawsuit over its school reopening plan, a week after another group of parents sued the district and local teachers union over similar issues.

The latest lawsuit, filed Tuesday, April 7, in Los Angeles County Superior Court on behalf of parents in a grassroots group known as California Students United, seeks to compel the nation’s second-largest district to fully reopen schools — meaning full-time, in-person learning at all elementary and secondary schools — “to the greatest extent possible at the earliest practicable time, not to exceed seven days.”

The plaintiffs — which, besides CSU, includes four parents identified in the complaint only by their initials — also want a judge to bar the district from enforcing a 6-foot distancing policy between classroom desks and to prohibit it from requiring that students be tested weekly for the coronavirus in order to return for in-person learning.

The school district and Superintendent Austin Beutner are named defendants in the lawsuit.

Although United Teachers Los Angeles isn’t being sued, the complaint does criticize the teachers union and raises issues that were also cited in a separate complaint filed last week by the Freedom Foundation. UTLA is a named defendant in that case.

The CSU complaint alleges that UTLA viewed the school closures brought on by the coronavirus pandemic as an opportunity to try to “extract various policy changes that were not directly related to schools and/or education of LAUSD’s students, or UTLA’s official role as a teachers’ union” during negotiations with the district to advance its own political agenda.

Specifically, the complaint accused the union of making demands such as having the city defund police, provide funds to address housing insecurity, require businesses within the city of Los Angeles to provide 10 additional paid sick days to parents, impose a moratorium on charter schools, impose a state wealth tax, expand a federal Medicare for All program and to provide state financial assistance for undocumented residents.

Ask Amy: He turned my pricey blanket to felt. Am I a jerk for making a big deal about it?

The complaint accuses the district of “caving” in to the union’s “unreasonable, unlawful, unnecessary, and politically motivated demands.”

“LAUSD and Beutner encouraged UTLA’s political rhetoric and demands by allowing UTLA’s political agenda to infiltrate and distract from negotiations for plans to return to in-person instruction,” the complaint states.

The union did not immediately respond to a request for comment.

A spokeswoman for LAUSD said Thursday, April 8, that the district has not been served with the lawsuit and does not comment on pending litigation.

Beutner, when asked about the pending litigation on Wednesday, said reducing the physical distancing protocols below 6 feet is not the issue and noted that districts like New York City and Chicago have more empty desks in the classrooms than students to fill the seats. The challenge for now, he said, is to convince families that campuses are safe to return to.

“First challenge is to make sure families understand this (is) as safe as possible, and to get families vaccinated,” he said. “In due course, we’ll look at the 3-foot, 6-foot rule.”

He was referring to a …read more

Ask Amy: He turned my pricey blanket to felt. Am I a jerk for making a big deal about it?