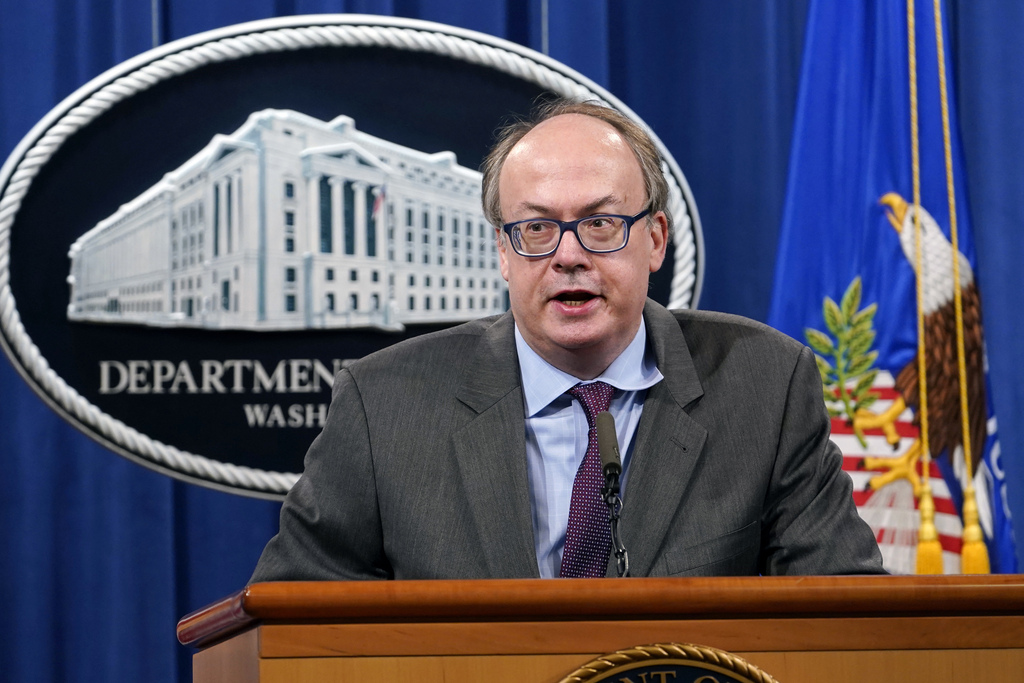 WASHINGTON — The House committee investigating the Jan. 6 riot at the U.S. Capitol has issued a subpoena to a former Justice Department lawyer who positioned himself as an ally of Donald Trump and aided the Republican president’s efforts to challenge the results of the 2020 election.

The subpoena to Jeffrey Clark, revealed Wednesday, came amid signs of a rapidly escalating congressional inquiry. At least three of the people who were involved in organizing and running the rally that preceded the violent riot have handed over documents in response to subpoenas from the committee.

The demands for documents and testimony from Clark reflect the committee’s efforts to probe not only the deadly insurrection but also the tumult that roiled the Justice Department in the weeks leading up to it as Trump and his allies leaned on government lawyers to advance his baseless claims that the election results were fraudulent. Trump loyalists stormed the Capitol in an effort to disrupt the congressional certification of Democrat Joe Biden’s victory.

Clark, an assistant attorney general in the Trump administration, has emerged as a pivotal character in that saga. A Senate committee report issued last week shows how he championed Trump’s efforts to undo the election results inside the Justice Department and clashed as a result with superiors who resisted the pressure, culminating in a dramatic White House meeting at which Trump floated the idea of elevating Clark to attorney general.

“The Select Committee’s investigation has revealed credible evidence that you attempted to involve the Department of Justice in efforts to interrupt the peaceful transfer of power,” the chairman of the committee, Democratic Rep. Bennie Thompson of Mississippi, wrote in a letter to Clark announcing the subpoena.

While Trump ultimately did not appoint Clark acting attorney general, Clark’s “efforts risked involving the Department of Justice in actions that lacked evidentiary foundation and threatened to subvert the rule of law,” Thompson added.

The committee has scheduled a deposition for Oct. 29 and demanded documents by the same date. A lawyer for Clark declined to comment.

The Jan. 6 panel has so far sought testimony from a broad cast of witnesses, but its demands of Trump aides and associates are potentially complicated by Trump’s vow to fight their cooperation on grounds of executive privilege.

Already one witness, Steve Bannon, has told the committee that he will not cooperate based on Trump’s directive, though the committee has said it was “engaging” with two other Trump officials — former White House chief of staff Mark Meadows and former Defense Department official Kashyap Patel. It is also unclear whether Dan Scavino, Trump’s longtime social media director and one of his most loyal aides, will cooperate.

Biden formally rejected Trump’s claim of executive privilege surrounding a tranche of documents requested from the former president’s time in the White House, and set up their potential release to Congress in mid-November. White House counsel Dana Remus wrote to the National Archives in a letter released …read more

Ridley-Thomas, ex-USC dean vow they will be cleared of federal conspiracy, bribery charges

‘Amouranth’ has been unbanned from Twitch