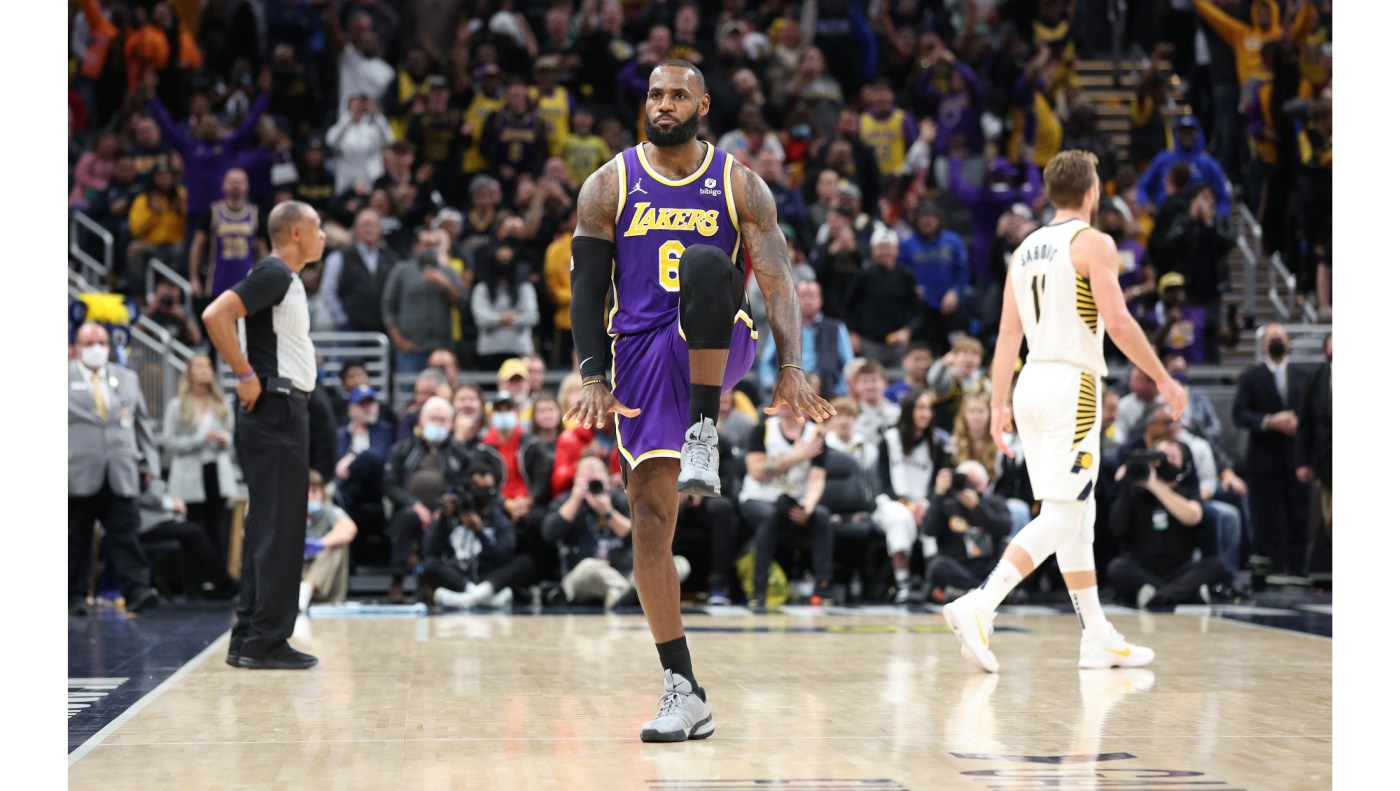 INDIANAPOLIS — LeBron James was humbled for a fleeting moment in the second quarter, when he was reminded of what he can’t quite do anymore.

Grabbing an outlet pass, he took off from the side of the lane while barreling down in transition. He cocked his arm back like a hammer, preparing to throw down a dunk. But 36-year-old legs don’t carry him quite as far as they used to, and James was forced to settle for a layup when once he might have left Gainbridge Fieldhouse shaking with a highlight-reel slam.

But James can still bring down the house – because he’s still as good as anyone at hitting the biggest shots.

The four-time league MVP hit a handful on Wednesday night, none more awe-striking than the second of two overtime 3-pointers in the face of Indiana’s Domantas Sabonis, forcing the Pacers to take a timeout and stopping to celebrate with his signature “silencer” celebration.

That wasn’t the last shot James made in his highest-scoring performance of the season, but it was all the Lakers needed in a 124-116 overtime victory. James’ 39 points delivered the struggling Lakers (10-10) a needed victory as they ended their five-game road trip without Anthony Davis in the lineup (fever), and his panache added flair to a team that has been lacking swagger and confidence.

His celebrations alone – including a spicy variation of the Sam Cassell dance – sent the bench, and the Lakers-friendly road crowd, into hysterics. Back in his old Indiana stomping grounds, Coach Frank Vogel marveled at how James had whipped them into a frenzy with what he called “a performance for the ages.”

“I wouldn’t like it if I were here coaching,” Vogel said, “but I understand it.”

As good as James was, scoring 17 of his points in the fourth quarter and overtime, the Lakers had to play an extra five minutes to ensure the win and keep their perfect 4-0 record in OT.

The Pacer who sent the game into overtime was rookie Chris Duarte, who nailed an absurdly difficult attempt with Avery Bradley blanketing him as he jumped over the baseline, well past the backboard. As it sank, the Lakers looked dumbfounded – their second win of this trip at least temporarily delayed and perhaps snatched away.

They had clawed to get it, down by as much as 12 points against a Pacers team that controlled much of the night but couldn’t punish the visitors with shooting. When Indiana went cold, missing 11 consecutive field-goal attempts, the Lakers pounced and took their first lead with just 4:35 left in the fourth quarter on a Malik Monk 3-pointer.

James took it home, making three of his five shots in the extra period, finishing with a raindrop fadeaway on Malcolm Brogdon, who led the Pacers with 28 points.

Dear Abby: I’m annoyed by how he describes women