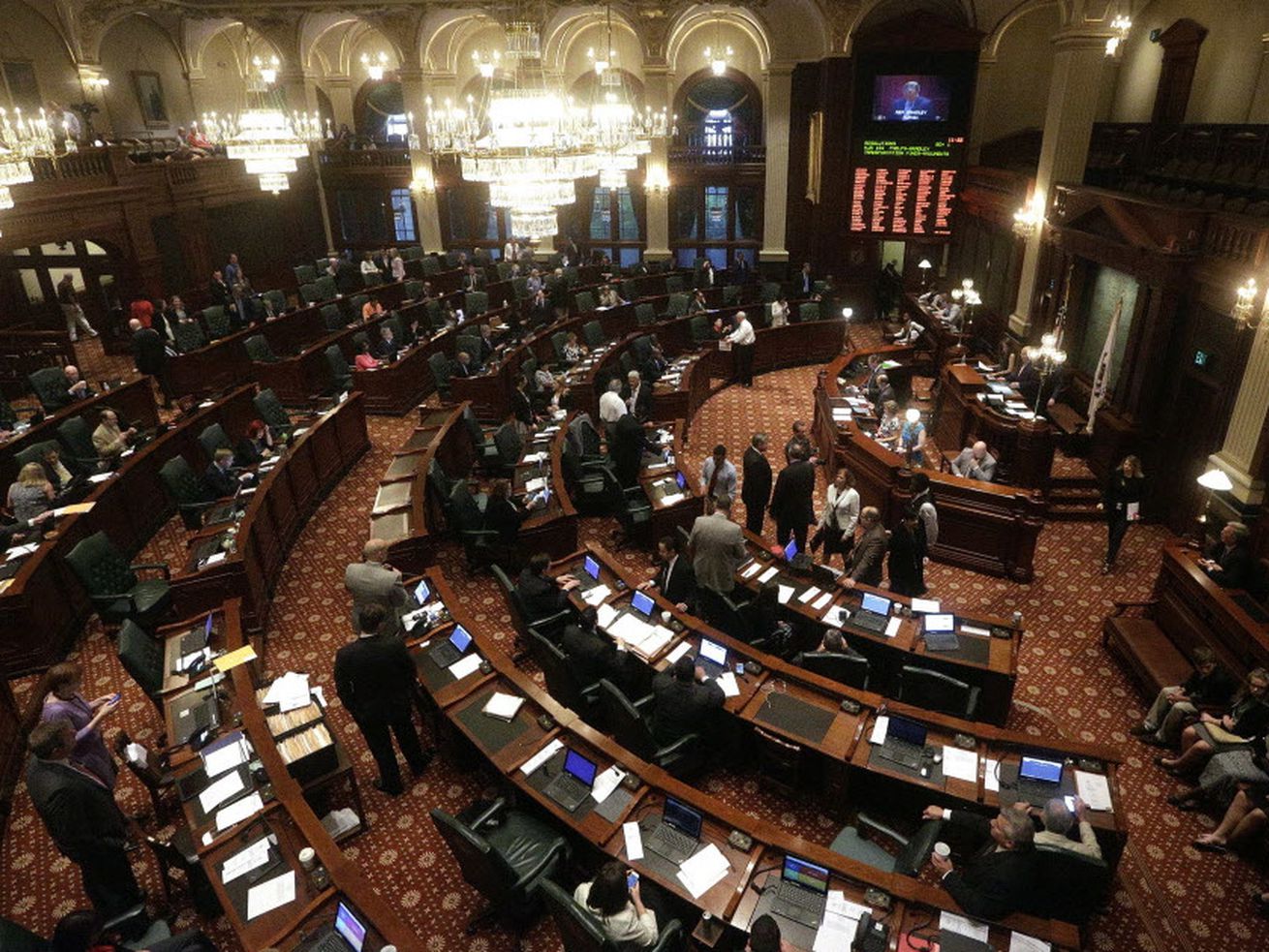 The Illinois House of Representatives in 2016. | Seth Perlman/AP file

The suit filed by Mexican American Legal Defense and Educational Fund said use of census estimates doesn’t “ensure the constitutional guarantee of one-person-one-vote.”

The Mexican American Legal Defense and Educational Fund has sued to block the use of a redistricting plan passed by the General Assembly because it is based on population estimates rather than an actual count.

The federal lawsuit, the second legal challenge to the plan signed into law by Gov. J.B. Pritzker, contends the redistricting plan is unconstitutional.

The suit, filed Thursday on behalf of five registered voters, says the plan violates the equal protection clause of the 14th Amendment because Democrats used figures from the Census Bureau’s American Community Survey to draw new legislative boundaries rather than wait for data from the decennial census, which isn’t expected to be released until later this summer.

“ACS data is not adequate to ensure the constitutional guarantee of one-person-one-vote,” Francisco Fernandez-del Castillo, an attorney for the legal defense fund, said in a statement. “Using the ACS estimates to draw district boundaries puts all Illinois voters — especially those in in traditionally underrepresented communities, such as Latinos — at risk of being disenfranchised.”

“The [redistricting] plan ensures that historically undercounted minority communities will continue to be underrepresented and lose their right to an equal vote in the legislature by foregoing the official census counts in favor of the ACS estimates,” the Republicans argue in their suit.

Like the Republican suit, the legal defense fund requests a three-judge panel to hear the case. Federal law dictates that a three-judge panel oversee cases when the constitutionality of a redistricting plan for a statewide legislative body comes under scrutiny, according to Cornell Law School’s Legal Information Institute.

Golden Globes 2021: The Complete List of Nominees | Entertainment Weekly
As California reopens, 6 things you need to know about COVID-19

Some of America’s uber-rich paid next to no US income tax, report says. Now, the FBI is involved

One injured in shooting off Argyle Forest Boulevard