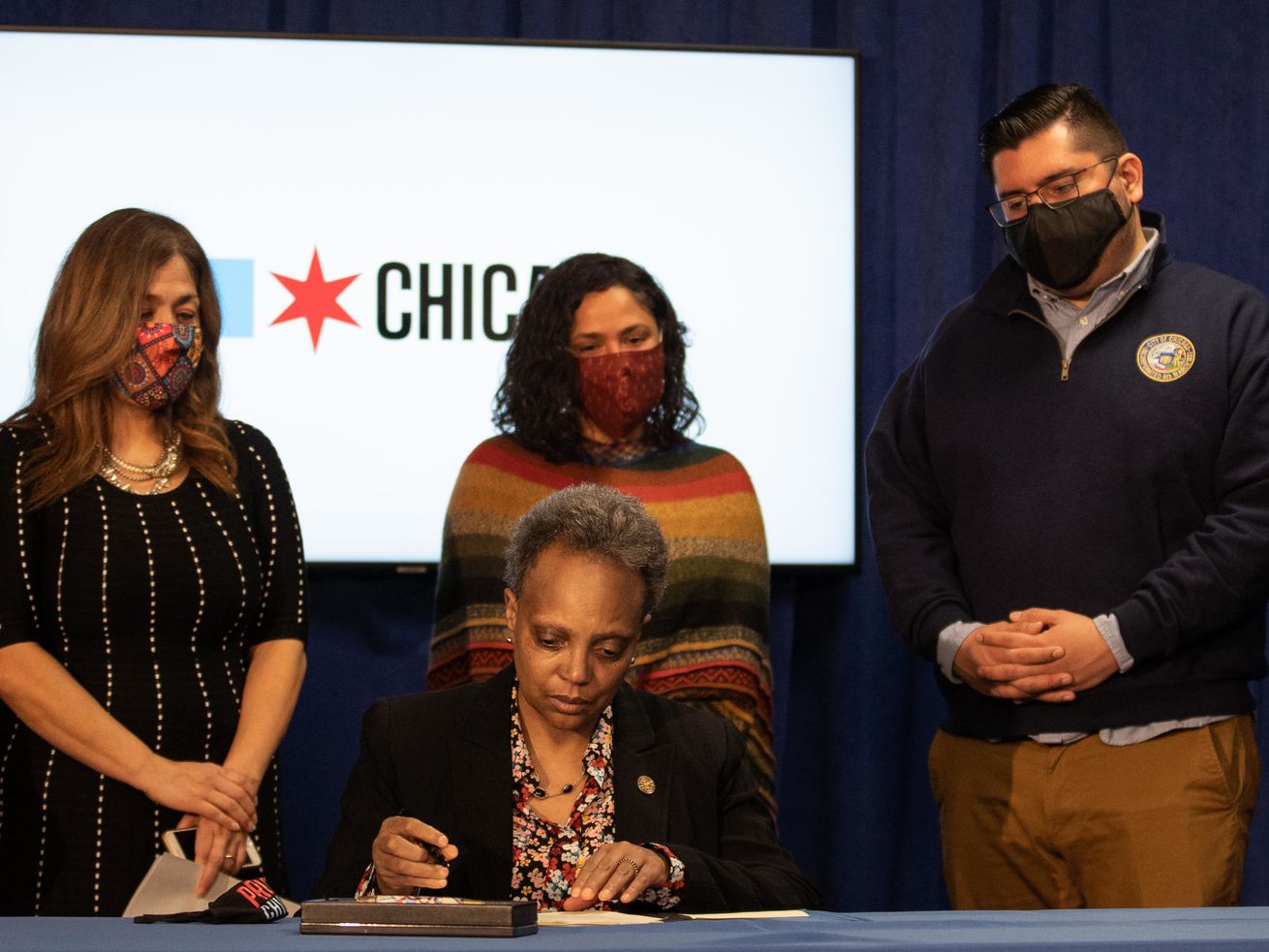 Ald. Carlos Ramirez-Rosa (35th) led the campaign to eliminate exceptions in the ordinance that had allowed Chicago police officers to cooperate with federal immigration officials in some situations.

Chicago Police officers can no longer cooperate with Immigration and Customs Enforcement under any circumstances, thanks to a groundbreaking ordinance signed Tuesday that culminates a five-year-long campaign by immigrant advocates.

“Being a welcoming city means being a city … where no one has to fear … walking down the street,” Mayor Lori Lightfoot said.

“That means being a place where every resident knows with certainty that, when they reach out for support … they will not be putting themselves or their families in danger of being separated, harassed or torn apart.”

Ald. Carlos Ramirez-Rosa (35th) led the campaign to eliminate exceptions that had allowed Chicago police officers to cooperate with fedearl Immigration and Customs Enforcement agents if targeted individuals: were in the city’s gang database; had pending felony prosecutions or prior felony convictions; or were the subject of an outstanding criminal warrant.

He got nowhere with former Mayor Rahm Emanuel. He had to convince Lightfoot to introduce a stand-alone ordinance after she tried to use eliminating the so-called carve-outs as a political sweetener to win Hispanic votes for her $12.8 billion budget.

On Tuesday, all was forgiven.

“It’s a beautiful day because … we will be able to tell the people in our community, ‘Do not be afraid to call 911 if you are undocumented or a family member is undocumented because there is no way that phone call will result in you or your family member being turned over to ICE,’” Ramirez Rosa said.

Ramirez-Rosa argued the carve-outs “created a situation where undocumented Chicagoans could be deported” before being allowed to “prove their innocence or appeal their inclusion” on the gang database.

“That is why undocumented Chicagoans and their allies fought this fight: To ensure that, in no case with no exceptions, could CPD work with ICE,” he said.

Her voice breaking, Ald. Rossana Rodriguez Sanchez (33rd) argued “this incredible achievement” should be “dedicated to the people who actually had to suffer” before the exceptions were eliminated.

“To the women who lost husbands and had to take care of their children on their own. To the neighbors that showed up to help with fundraising so that people could pay their rent when a breadwinner was removed,” Rodriguez Sanchez said.

Coronavirus: Utah responds to the pandemic