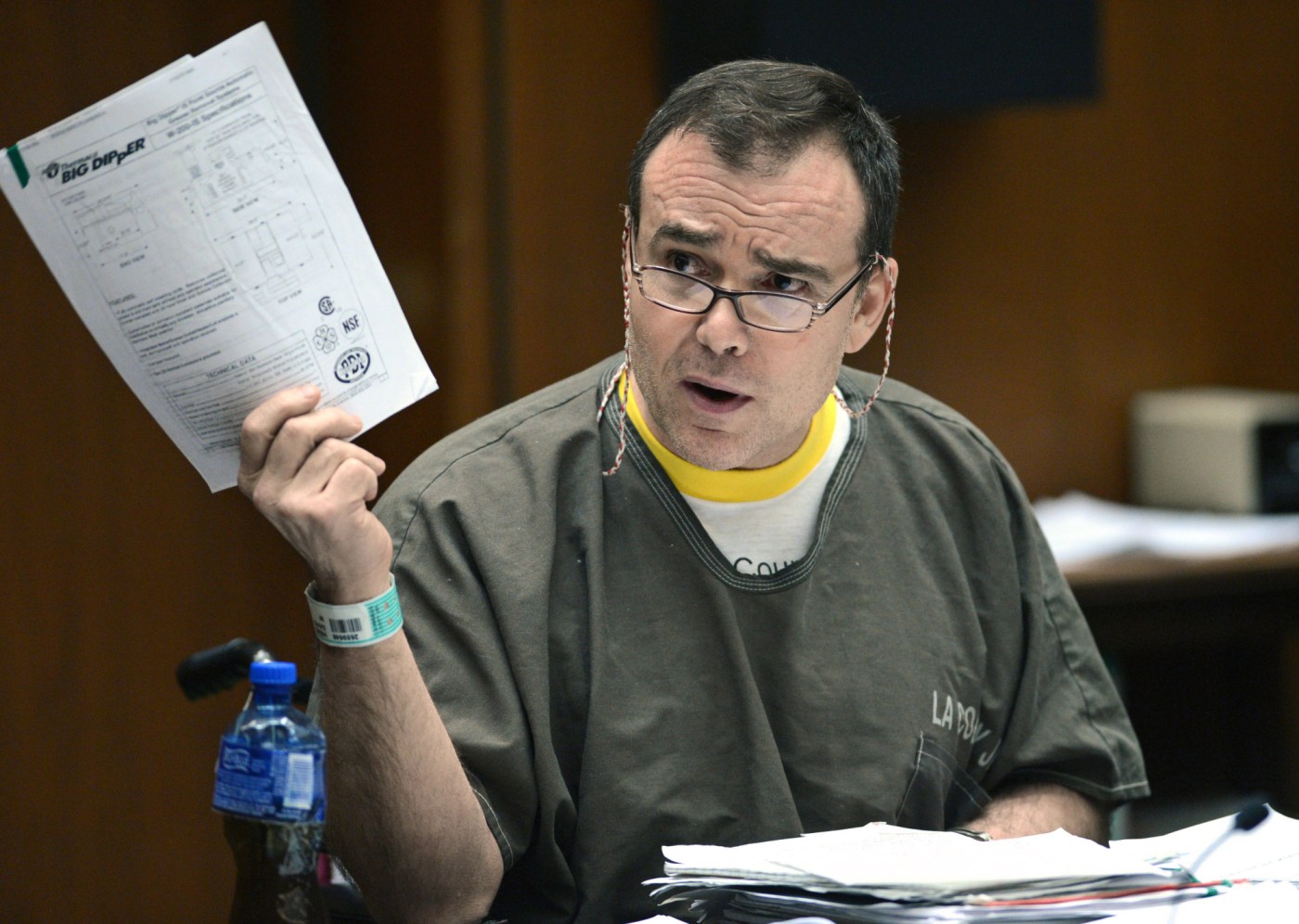 Despite insisting to state parole commissioners that he was “so sorry for what I’ve done,” a former Lomita chef convicted of killing his wife and cooking her body to eliminate the evidence lost his bid Tuesday, June 8, for an early release from prison.

David Viens, 58, was denied parole during a nearly six-hour hearing where he provided a detailed account of how he killed 39-year-old Dawn Viens during a jealous rage in 2009. But he also backpedaled on his 2011 confession that he boiled her corpse for four days in a 55-gallon drum, a story he called “outlandish.”

“I am so sorry for what I’ve done. I regret it. I will live with it forever,” Viens said during the Zoom hearing attended by Dawn Viens’ siblings, Derrick, David and Dayna Papin. “I don’t expect your forgiveness. … There is no justification for this ugly crime I committed. It was selfish, cruel and cowardly.”

Although Viens and his attorney provided positive reports showing he had attended Alcoholics Anonymous and other counseling programs — and was working toward a bachelor’s degree — while jailed at the Substance Abuse Treatment Facility and State Prison in Corcoran, California Board of Parole Hearings Commissioner Maria Gutierrez and Deputy Commissioner Ryan Hickey took less than an hour to return with their denial.

Gutierrez said Viens had not taken full responsibility for killing Dawn Viens, continued to blame her for provoking him, and needed to attend more counseling sessions to make him suitable for early release. Gutierrez said Viens’ history of serving three separate federal prison terms related to drug trafficking in Florida and a criminal background dating to his teens also were considered.

“Your denial is appropriate in consideration of victim and public safety,” Gutierrez said. “Your next scheduled suitability hearing shall be set in five years.”

The hearing also revealed Viens committed two rules violations while incarcerated, including threatening a transgender inmate who ran naked in front of him in a bathroom, and covering a “pod” window despite rules against it. In 2017, records show Kings County officials charged him with a drug offense committed behind bars, but he was found not guilty.

Convicted of second-degree murder and sentenced to 15 years to life in prison in 2012, Viens walked into the hearing for his first attempt at parole. In jail since shortly after he jumped off a Rancho Palos Verdes cliff on Feb. 22, 2011, as law enforcement closed in on him, Viens had earned the hearing with his 10 years behind bars and other credits.

Viens did not testify during his 2012 trial in Los Angeles Superior Court, so Tuesday’s hearing was the first time Viens publicly answered questions about the murder. During his preliminary hearing and trial, witnesses, including his daughter, revealed Viens wrapped tape around his wife’s arms and covered her mouth to keep her quiet because he wanted to sleep.

“It was impulsive,” Viens said. “When I believe she said through the tape, ‘I can’t breathe’ and I said to myself, in my mind, …read more