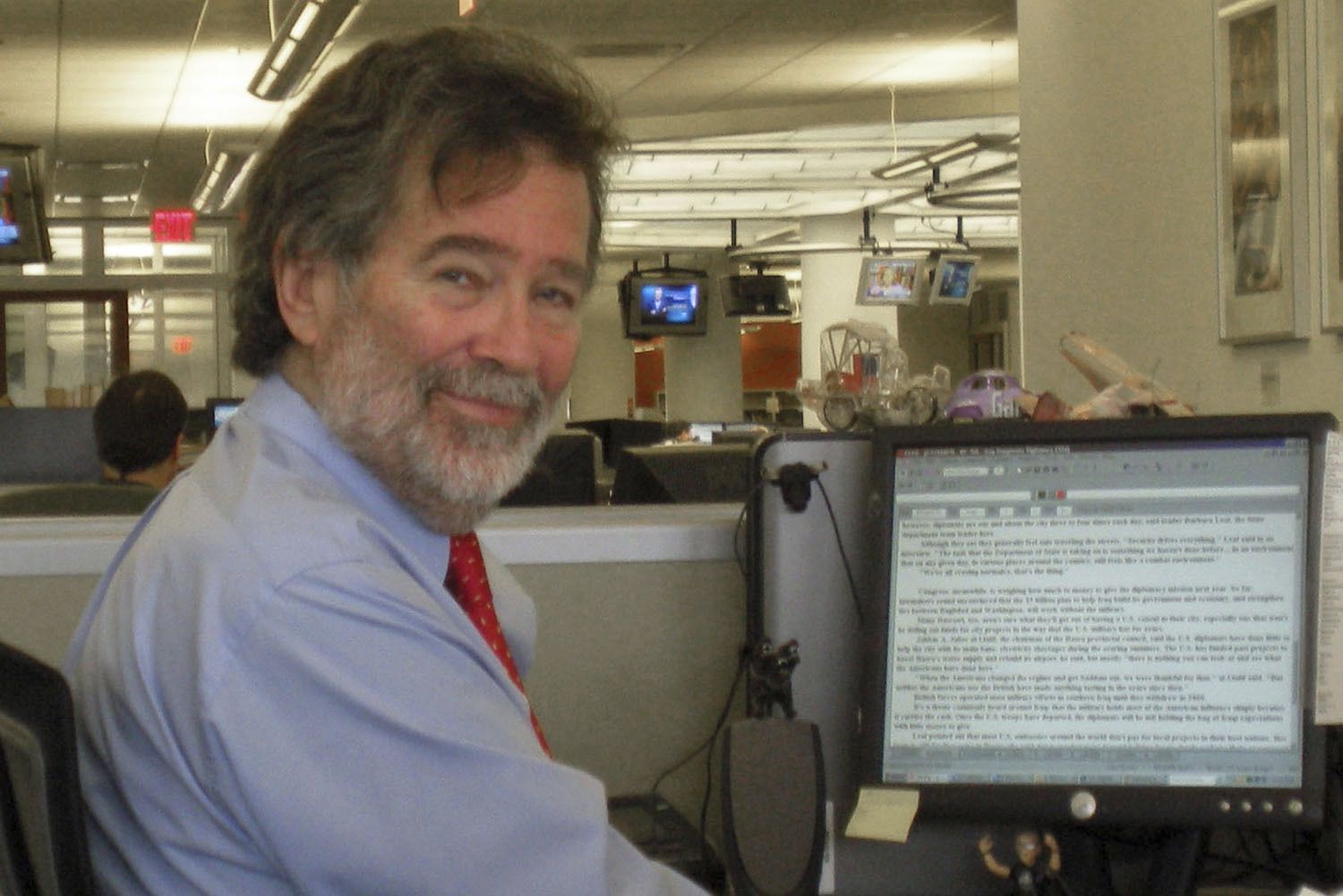 Marcus Eliason, an international journalist whose insightful reporting, sparkling prose and skillful editing graced Associated Press news wires for almost a half-century, has died. He was 75.

He had been diagnosed with Alzheimer’s disease, developed pneumonia earlier this week at a nursing home, and died on Friday in a New York hospital, his family said.

From Israel and the 1967 Six-Day War to apartheid-era South Africa and on to Afghan battlegrounds, bloody Belfast, the Iron Curtain’s fall, the handover of Hong Kong and countless other datelines and stories, Eliason witnessed and reported on some of the great world events of the 20th century’s final decades. And when that century drew to a close, it was the Eliason touch that greeted the new one.

“From East to West and North to South, the world welcomed the new millennium in a shimmering tapestry of song and light that rippled around the globe,” he led off AP’s main article on January 1, 2000.

By then he had moved on to his final posting, from which he retired in 2014, as a New York-based editor of some of AP’s biggest stories and projects — and, finally, as chief editor for international feature stories, a valued guiding hand for scores of AP reporters worldwide.

“A classic AP go-to guy is gone,” said former AP President and CEO Louis D. Boccardi. “Even a quick look at the outline of his assignments, both abroad and here at home, says it all. If there was a tough assignment that needed a steady hand, Marcus was often the choice.”

Jack Marcus Eliason was born on Oct. 19, 1946 to Jewish immigrant parents from Europe and grew up in Bulawayo, Rhodesia. At age 20, after a brief apprenticeship at The Jerusalem Post in Israel, Eliason joined the AP bureau in Tel Aviv as a messenger and trainee “puncher,” or operator of the Telex machine used to transmit stories.

A month later, on June 6, 1967, the Arab-Israeli conflict known as the Six-Day War broke out. When the new hire arrived at work and was chastised for not rushing in earlier, he told of having to buy emergency groceries for his mother, dig a backyard bomb shelter, pick up stranded hitchhikers, and so on.

“Don’t stand there talking about it, kid,” an old hand growled. “Write it down.”

He did, launching a sterling career in news and being promoted to staff reporter a year later. Once asked how he learned to write so well, he replied, “By punching the great copy of journalists in the AP bureau in Tel Aviv.”

Through the 1970s, the Eliason byline topped some of the biggest stories from the Middle East: terror attacks and Israeli government turmoil, another Arab-Israeli war, Anwar Sadat’s history-making 1977 visit to Jerusalem.