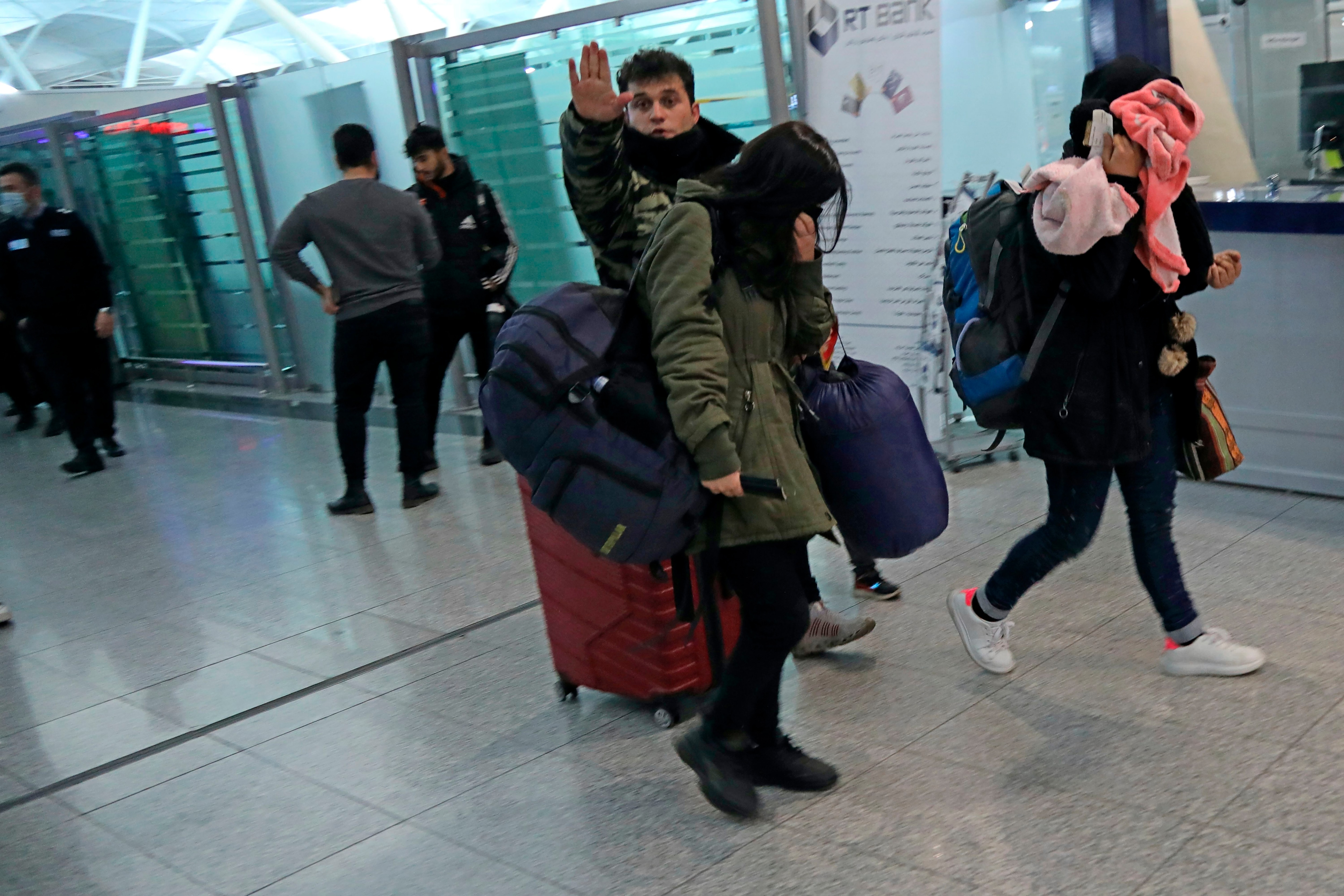 Belarus’ President Alexander Lukashenko on Friday promised food and warm clothing to migrants who opt to stay at the border between the ex-Soviet nation and Poland and won’t return to their homeland.

Lukashenko made the pledge during a visit to a facility that accommodates migrants at the border.

“My task is to help you, people in trouble,” Lukashenko said, addressing thousands of migrants during a visit to a facility accommodating migrants at the Bruzgi warehouse. “We, Belarusians, including myself, will do everything as you wish, even if it is bad for Poles, Latvians and someone else.”

“We will work together with you on your dream,” Lukashenko added.

Lukashenko’s visit comes after weeks of tensions at the border, where hundreds of people remain stuck. Since Nov. 8, a large group of people, mostly from the Middle East, has been stranded in Belarus at a border crossing with Poland, trapped as forces from the two countries face off against each other. Most are fleeing conflict or a sense of hopelessness at home, and aim to reach Germany or other Western European countries.

German government spokesman Steffen Seibert on Friday strongly denied claims by Lukashenko that Germany had agreed to take in 2,000 migrants currently in Belarus.

“It’s not true that Germany agrees to this,” he told reporters in Berlin.

Lukashenko said that apart from about 2,000 people at the border facility, another 2,000 to 3,000 more migrants currently remain in Belarus. He promised migrants that the Belarusian authorities would help them return to their home countries — but only if they want to.

“In no case will we detain you, tie your hands, load you on airplanes and send you home if you don’t want that,” Lukashenko said.

Lukashenko said that about 200 migrants still manage to illegally enter the EU every day.

Over 170 people returned to Iraq’s northern Kurdish-run region on Friday with another return flight expected later in the day. Last week, 430 Iraqis returned home after a failed attempt to reach the European Union.

The West has accused Belarusian President Alexander Lukashenko of luring thousands of migrants to Belarus with the promise of help to get to Western Europe to use them as pawns to destabilize the 27-nation European Union in retaliation for its sanctions on his authoritarian government. Belarus denies engineering the crisis.

Harriette Cole: She makes bad choices, and her own daughter lets it happen