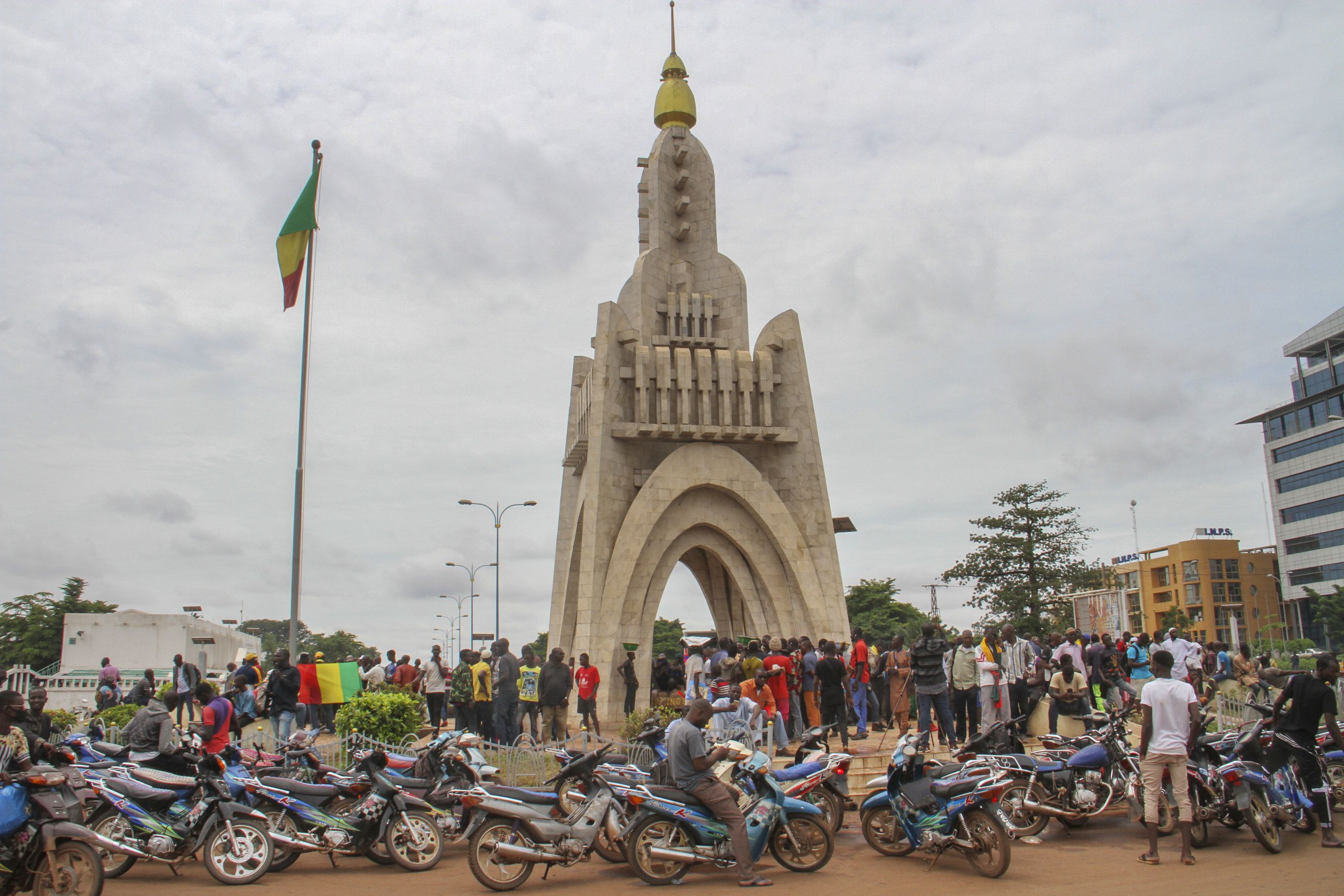 In Bamako’s popular Darsalam neighborhood, a young gendarme stands by a newly barricaded street, his hand on the trigger of a rifle pointed slightly to the ground.

The armed policeman is a sign of how Mali’s bustling capital of more than 2.5 million people on the banks of the Niger River is on heightened alert as jihadi attacks have moved perilously close to the city.

At least 15 extremist attacks hit Mali in June and July, the most daring when jihadi fighters attacked Kati, the country’s largest military base, just 15 kilometers (9 miles) outside the capital.

The growing insecurity in Mali, a sprawling country of 20 million people, has increased instability in West Africa’s volatile Sahel region. Mali has had two coups since 2020 in which the military has vowed to do more to stop the jihadi violence.

In recent months the junta’s leader, Col. Assimi Goita, who had himself appointed transitional president, has ordered French troops and a European Union force to leave the country. The junta has also restricted the operations of a U.N. peacekeeping force. Instead, Mali’s military is working with the Russian mercenary outfit, the Wagner Group. The Malian government officially denies the presence of the Russian mercenaries, although several European diplomats have cited evidence that Wagner is in Mali.

“The withdrawal of the French forces has certainly left a vacuum, especially at the intelligence level, and this puts Bamako and other areas of the country in a more vulnerable position against jihadist groups, and through previous experience, preventing infiltration and attacks is very difficult,” said Rida Lyammouri, senior fellow at the Policy Center for the New South.

“If these groups can infiltrate and attack Mali’s most protected base at Kati, then they can do the same against strategic locations in Bamako,” warned Lyamouri.

The pace of the jihadi attacks has increased and in June a leader of the al-Qaida-linked group JNIM issued a threat that the capital would soon be directly attacked.

The United States is moving all nonessential staff out of Bamako and like many other Western countries has advised travelers to avoid visiting Mali.

Mali’s military has tightened security in the capital and has closed major roads “to counter this terrorist threat in both Kati and Bamako. Some roads leading to the military camp or to the residence of the transitional president are also cut off,” Col. Souleymane Dembele, spokesman for the Malian army, told The Associated Press. “Every day we arrest terrorists in Bamako or nearby.”

Although the ramped-up security is to protect citizens, some of the measures have been detrimental to ordinary residents.

Assa Diakite looked with dismay at her ruined corn field near the military camp at Bamako’s airport, in a video posted on social media. Her entire crop had been cut down by the army as a security measure, she said.

“I’ve been farming here for 25 years and there has been no problem until now,” she said. “The soldiers who cut down my crop say the corn plants blocked visibility around their camp …read more