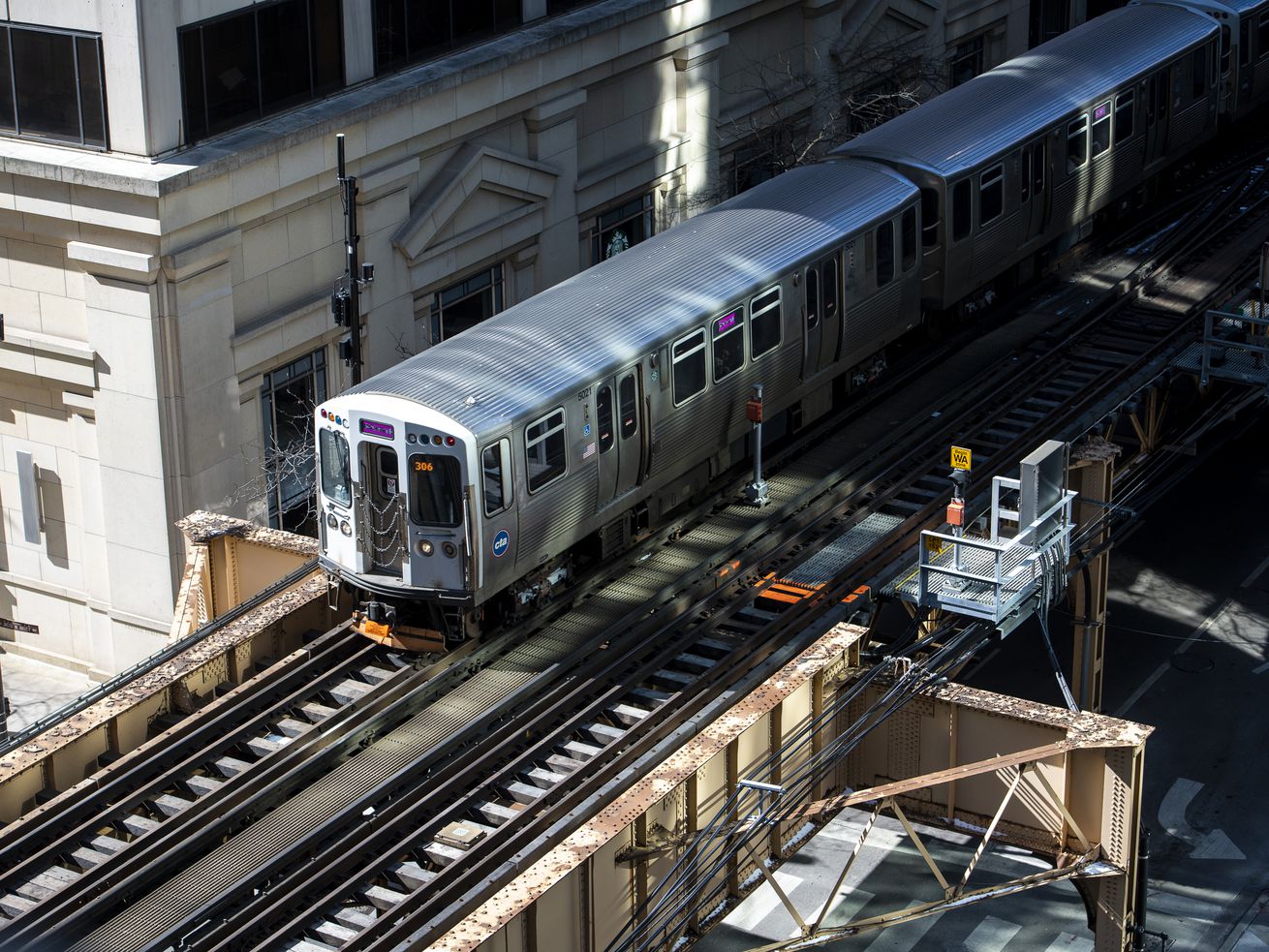 A man allegedly attacked a woman on a CTA train Oct. 13, 2021, in the Loop. | Tyler LaRiviere/Sun-Times file photo

William Harris, 41, is charged with one felony count of aggravated battery to a transit passenger, Chicago police said.

A man is accused of attacking a woman on a CTA train Wednesday morning in the Loop.

William Harris, 41, is charged with one felony count of aggravated battery to a transit passenger, Chicago police said.

Harris allegedly attacked an 18-year-old woman on a train about 10:20 a.m. in the first block of North Dearborn Street, police said. He threw several items at the woman, including shoes and a hardhat, before approaching her.

He allegedly pulled the woman to the ground by her hair and then sat on top of her before several witnesses intervened, police said. They flagged down help at the next stop and Harris was taken into custody.

Harris was scheduled to appear in court Thursday.

Golden Globes 2021: The Complete List of Nominees | Entertainment Weekly
At last! "History of the World Part II" is finally being made – prepare for “phoney baloney stories"