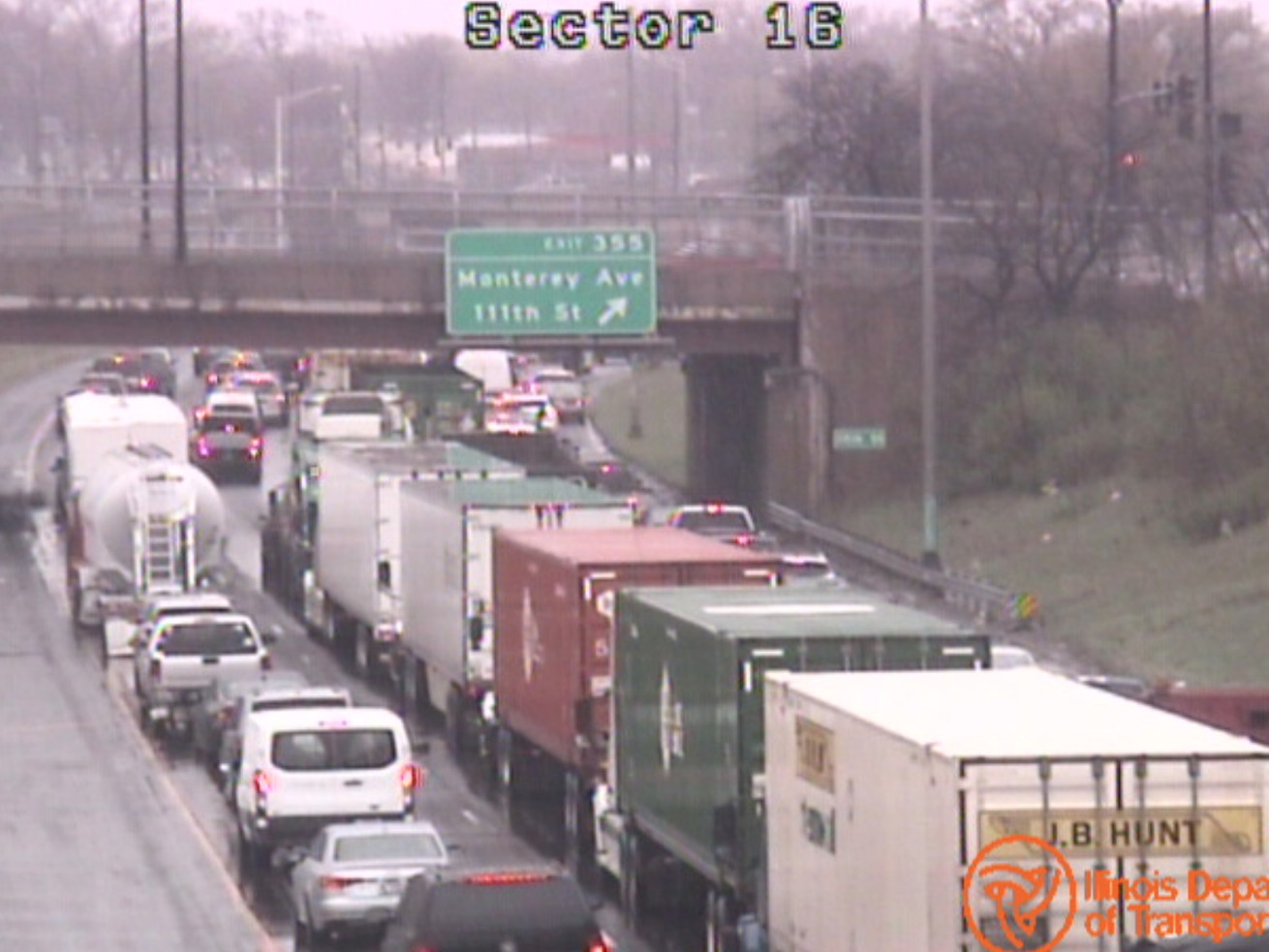 Traffic backed up past 111th Street after a man was shot on I-57 near Halsted Street on Thursday. | Illinois Department of Transportation

Paramedics responded shortly after 11 a.m. Thursday for a shooting victim in the inbound lanes.

A man was in critical condition after a shooting late Thursday morning on Interstate 57 near Halsted Street.

Paramedics responded shortly after 11 a.m. for a shooting victim west of Halsted Street in the inbound lanes, according to Chicago fire spokesman Larry Merritt.

The man, in his 20s, was taken in critical condition to Christ Medical Center in Oak Lawn, Merritt said.

All inbound lanes were closed and traffic was being diverted off at 111th Street, according to Illinois State Police.