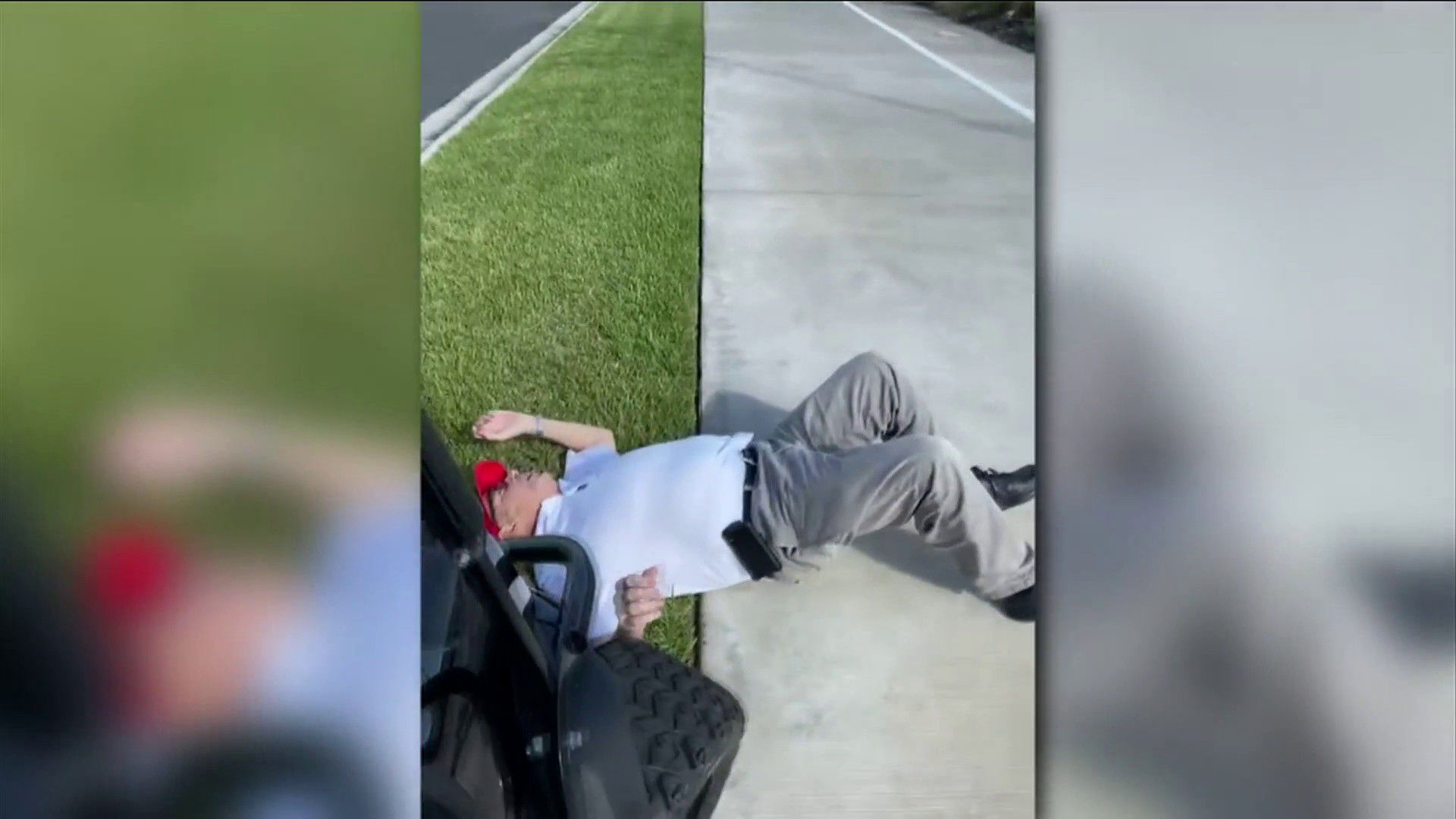 A man deputies say was punched in the face by a protester at a Trump rally in Nocatee has decided to press charges against the man he says attacked him.

The 24-year-old accused of punching him says he was acting in self-defense after the older man approached him aggressively to argue over a President Donald Trump sign with profanity on it.

The 72-year-old — who asked to be identified only as Dan — at first declined to file charges against the 24-year-old after police used social media to help identify the younger man.

The St. Johns County Sheriff’s Office posted the 24-year-old’s photo to Facebook after the incident Saturday morning, asking the public for help identifying him, but then later removed the post.

News4Jax interviewed the 24-year-old Saturday night after he contacted us to share his side of the story.

“The story everybody else got, and the story that was on that Facebook page is far from what actually happened,” said the accused attacker, saying that he was acting in self-defense.

Hours after the incident, pictures of Dan’s bruises surfaced, and a video of the incident was shared with News4Jax. We spoke with Dan and a witness on Sunday, who both said Dan also acted in self-defense.

We’re hearing from the man seen on video being knocked to the ground during a Trump rally in Nocatee Saturday. The man recording the video says he acted in self-defense, and was not charged. News4JAX reporter Zac Lashway spoke with the 72-year-old man to hear his side of the story.

The Sheriff’s Office at first said no charges would be filed against the 24-year-old, then reversed that Tuesday, saying charges were being considered but that the victim — Dan — didn’t want to file them.

But Dan changed his mind.

The Sheriff’s Office said Wednesday that Dan is pursuing charges and that additional witnesses said the 24-year-old was “antagonizing” Dan and “appeared to be the aggressor.”

Criminal defense attorney Richard Brown, who is not involved in the case, said the video is the witness without an agenda.

“One of the things that the sheriff’s office is going to determine is whether or not he himself (Dan) committed an assault. Or whether — if it didn’t rise to the level of an assault — whether or not what he (Dan) did, gave rise to a self-defense claim by the younger gentleman,” Brown said.

The 24-year-old’s lawyer shared the following statement Thursday, saying they believe the video footage clears him:

“Upon reviewing the video footage of this incident, it is immediately clear that my client acted lawfully in self-defense after being physically attacked by (Dan). My client was doing nothing more than exercising his First Amendment right to peaceful political expression, when (Dan) violently and aggressively approached him. My client’s opposition to Donald Trump does not give (Dan) the right to physically attack him. The police should not be investigating my client, but should instead be pursuing charges against (Dan) for his unprovoked attack on my client.”

Brown agreed, saying from his viewing of the video it looks like the elderly …read more

The Latest: India has lowest daily virus deaths in 3 months

Watch how a California mail-in ballot avoids fraud, evades hackers and gets counted