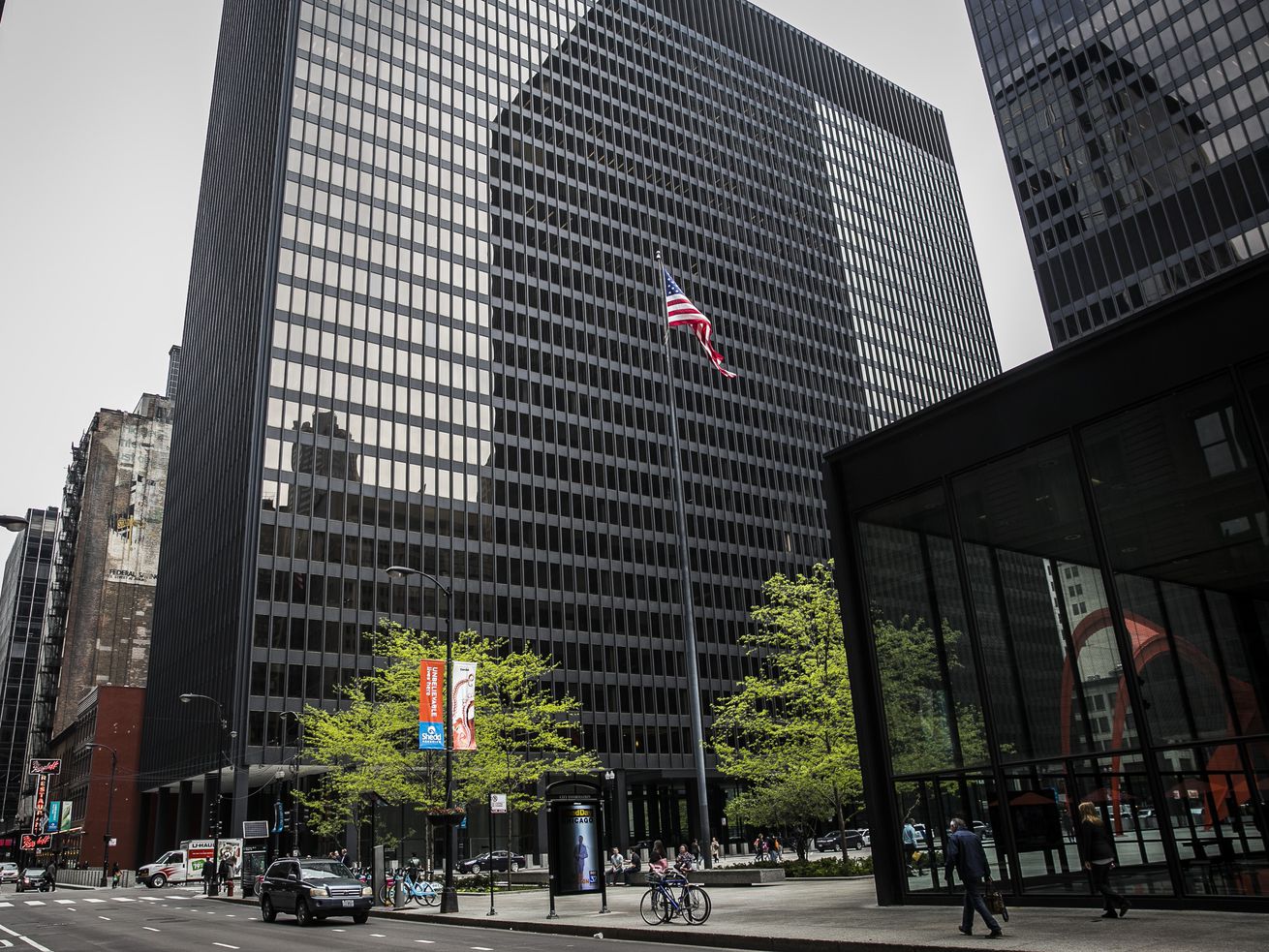 Ivan Bermudez was charged along with William Lorenz in August 2020. The pair spoke by phone about looting in the city on May 31, 2020, and Lorenz said he wanted to go “score,” according to Bermudez’s plea agreement.

A federal judge handed a 15-month prison sentence Thursday to a Chicago man who tried to steal a drug containing codeine from three Walgreens pharmacies amid the looting here in May 2020.

“The police aren’t solely responsible for maintaining civil order in this country,” Feinerman said during the hearing. “All of us are.”

The judge also noted that the pharmacy break-ins took place while people were protesting the murder of George Floyd by then-Minneapolis police officer Derek Chauvin.

“People have to know that if you contribute to a situation like that, contribute to the looting, in that kind of historical moment, that you’re not going to get a slap on the wrist,” Feinerman said.

Before he learned his sentence, Bermudez told the judge, “I’m truly ashamed of my selfishness. I wasn’t thinking of my family.”

“I truly regret my behavior and decisions I made,” Bermudez said. “If given the opportunity, whatever happens, I promise to never, ever commit such a stupid mistake again.”

Bermudez was charged along with William Lorenz in August 2020. The pair spoke by phone about looting in the city on May 31, 2020, and Lorenz said he wanted to go “score,” according to Bermudez’s plea agreement. Bermudez took that to mean Lorenz wanted to get promethazine with codeine from Walgreens pharmacies, the document said.

Bermudez took a bus to North Avenue and Pulaski Road and met Lorenz by a Walgreens there, according to the plea agreement. They went inside and found the store already looted. While inside, Bermudez grabbed one bottle of promethazine, according to the document. Bermudez also went to a nearby store, and then he called Lorenz to meet back up.

The plea agreement said the two then traveled in Lorenz’s car to another Walgreens at Kedzie and Armitage avenues. Bermudez noticed the outer door was open, and the pair went inside, the plea agreement said. Lorenz then used a sledgehammer to break a window on a door to the pharmacy, according to the document. They went inside searching for drugs but wound up taking nothing.

The pair also went to a Walgreens near Irving Park and Pulaski roads, where Lorenz also used the sledgehammer to break the window on a pharmacy door, according to the plea agreement. Again, they wound up leaving without taking any items.

The damage to the Walgreens stores on Armitage Avenue and Irving Park Road amounted to $7,851, records show.

Michael Johnson, Bermudez’s defense attorney, noted to the judge that there’s no evidence that his client “ever used or touched or held this sledgehammer.”

When are Peyton and Eli Manning coming back to ‘Monday Night Football’? Here’s the answer