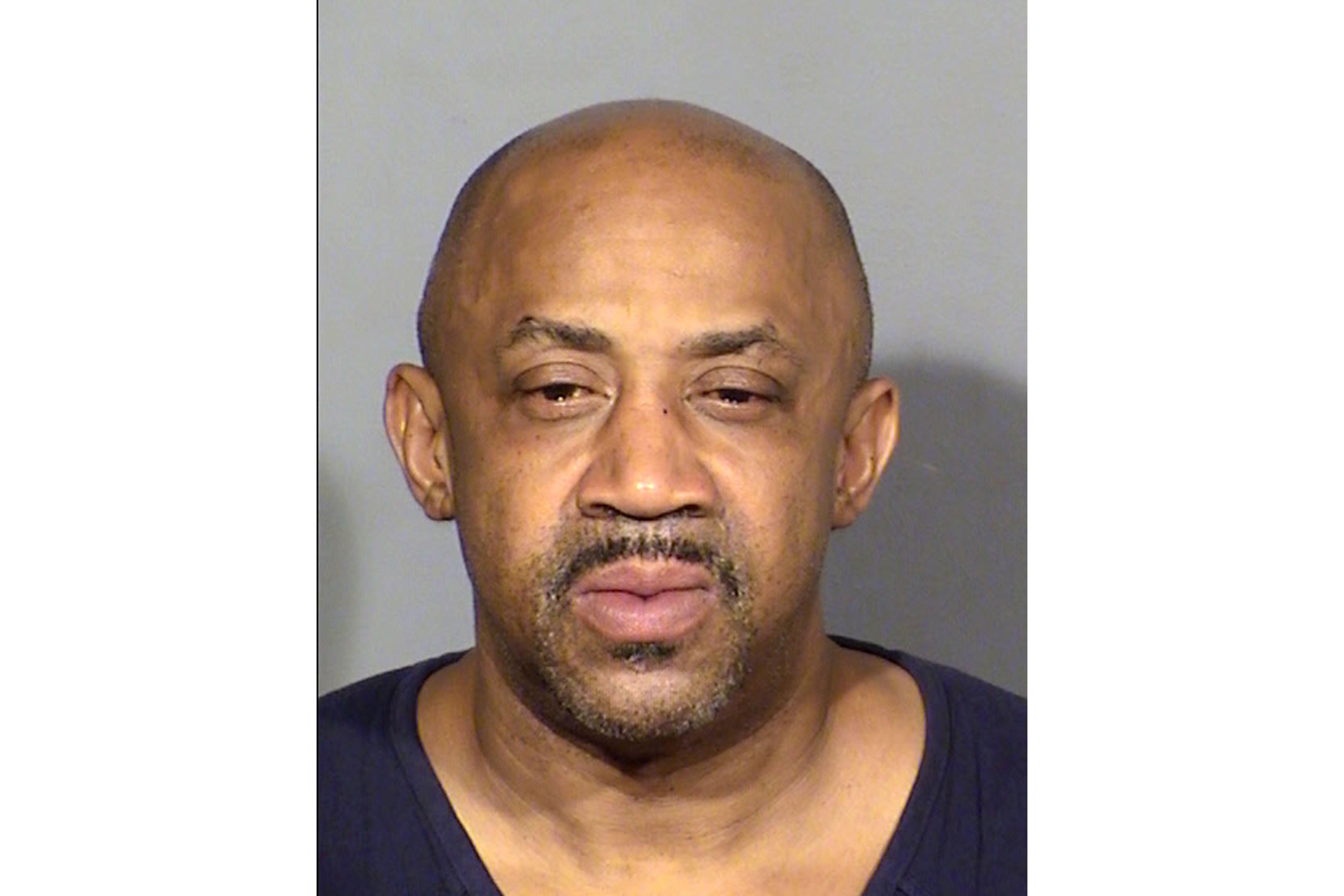 A man arrested early Friday in the killing of one person and wounding of two others during a family argument in a Las Vegas Strip hotel room has a criminal history including felony convictions dating to 1987 and served several years in Nevada state prisons, records show.

Billy Deray Hemsley, 54, was jailed on suspicion of murder and attempted murder in the 8:30 p.m. Thursday shooting that killed a man and left two women wounded at The Mirage resort, Las Vegas police said.

A department statement said Hemsley was apprehended before dawn in a southeast Las Vegas neighborhood and he was booked into the Clark County Detention Center to await an initial court appearance scheduled for Saturday.

It was not immediately clear if Hemsley had an attorney who could speak for him. Messages left for a lawyer representing Hemsley in pending DUI cases in Henderson and Las Vegas justice courts did not immediately respond Friday to messages.

The shooting prompted a lockdown at The Mirage for more than two hours after tourists watched police rush into the iconic casino and hotel on Las Vegas Boulevard.

The injured women were taken to a hospital in critical condition, police said. No additional details were disclosed about their wounds and they were not immediately identified.

The Clark County coroner did not immediately identify the slain man.

Capt. Dori Koren, the police homicide division head, told reporters at the scene the shooter had a Las Vegas address and the incident did not pose a wider threat to the public.

The police statement said the shooting stemmed from an argument “with several family members” in an eighth-floor room.

Court and prison records show that Hemsley has also used the last name Moore and has spelled his first name several ways. He was released by the Nevada Department of Corrections in September 2019 after being sentenced in February 2013 in Las Vegas for convictions on charges of battery with a weapon.

He had been accused of stabbing his girlfriend and stealing her vehicle after they fought at their apartment about him allegedly using cocaine, the Las Vegas Review-Journal reported, citing an arrest report.

Prior convictions were for felony drug possession, DUI and weapon charges, according to court records reviewed by The Associated Press.

Officials with MGM Resorts International, operator of The Mirage, referred questions about the incident to police.

The Polynesian-themed property, with a fire-spewing volcano and more than 3,000 rooms, opened in November 1989. It is credited with helping transform Las Vegas from a gambling hub into a luxury resort destination with international appeal.

MGM Resorts announced last December it will sell operations of The Mirage for nearly $1.1 billion to Hard Rock International, owned by the Seminole Tribe of Florida. The new operator plans to replace it with a huge guitar-shaped hotel. The sale is pending regulatory approval.

New this week: ‘Day Shift’ and ‘Five Days at Memorial’