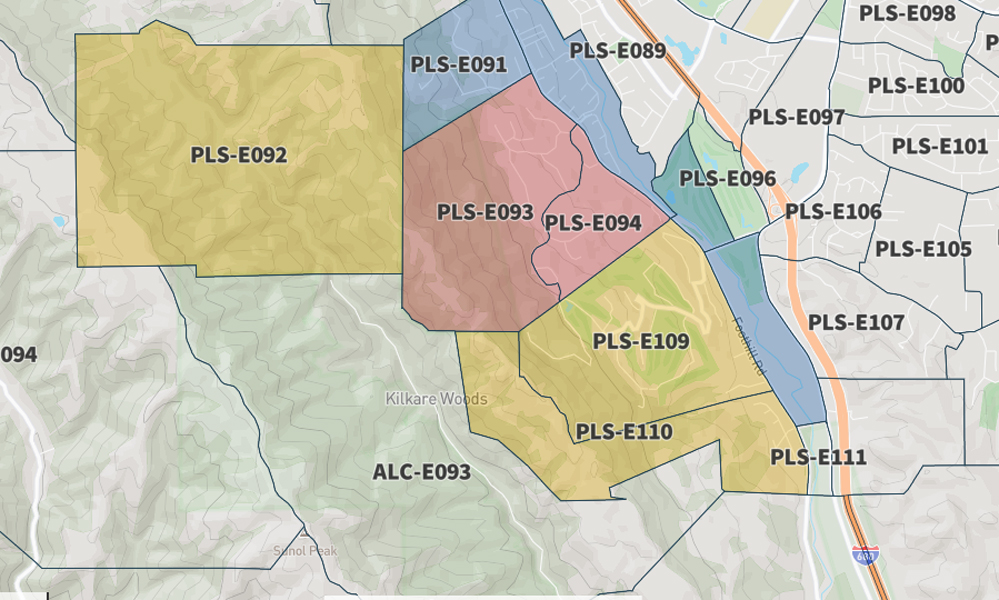 Click “accept” or “decline” to see the full Zonehaven map, with an address search field.

An evacuation has been ordered for residents in the Kilkare Road area of Sunol because of a wildfire.

The map above, from Zonehaven, shows the mandatory evacuation area in red and the warning zone in yellow.

The Canyon Fire was reported shortly before 2 p.m. Thursday along Kilkare Road about half a mile north of Highway 84 (Niles Canyon Road). By 4:30 p.m., it was estimated at 65 acres.

Another wildfire in Alameda County, off Tesla Road, had burned 100 acres by 6 p.m. No evacuations had been ordered.

Stanford cancels classes for the week amid ‘multi-day disruption’

‘Her blood is on their hands.’ Bay Area social workers were repeatedly told Sophia was abused. They failed to stop the child’s death.