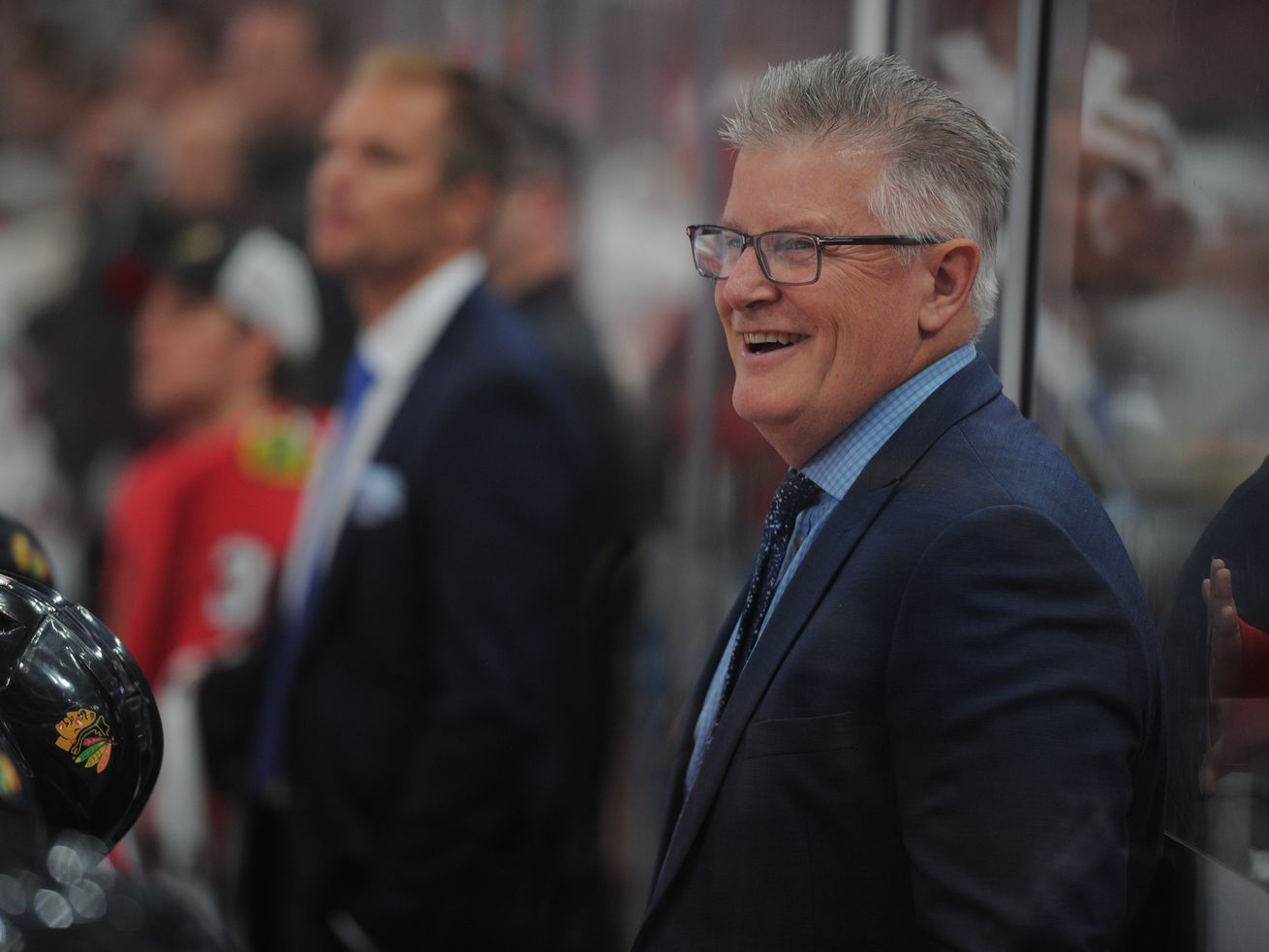 After 30 years in coaching, Crawford — the lone retained member of Jeremy Colliton’s regime — has learned “every job in the league is a good one.”

Marc Crawford was simply relieved he still had a job.

Interim general manager Kyle Davidson was in the process of clearing out most of the Blackhawks coaching staff, feeling a change was long overdue. But he saw Crawford as part of the solution. In their Nov. 6 meeting — one of many meetings of varying tones Davidson held that day — he told him so.

Crawford, 60, has endured many meetings where the news was different, where he wasn’t seen as part of the solution. He has also experienced just how successful things can be when teams do get their solutions right, with one Stanley Cup and eight playoff appearances to his name. He has seen it all.

So as Crawford forges on with the Hawks, having adopted a larger and more public-facing role as the associate coach to interim coach Derek King, he holds tightly to the perspective he has gained.

“I’ve been around long enough to know that every job in the league is a good one,” he said Tuesday in a soft voice, far different than his booming yell on the ice. “Whether you’re an assistant just starting out or whether you’re the guys that do the media, I’ve held a lot of jobs in hockey, and they’re all good.

“There’s sometimes 5% of this game that sucks. Seeing friends go and getting fired, getting fired yourself. Sometimes the travel, sometimes the fatigue can be bad. But it’s only about 5%. Everything else is really good, and people would cut their right arm off to be in a position like any of us are in.

Crawford’s future still isn’t particularly secure. He’s part of an interim staff, one that could change dramatically again next summer. But he insists he’s acting the same he would if he had a “five-year no-cut contract.”

He’s surrounded by people with whom he’s comfortable, too. His longtime colleague and friend Rob Cookson was just hired as assistant coach. His son, Dylan, is one of two Hawks video coaches — along with Matt Meacham — taking on significantly more duties lately. And his personality has meshed perfectly with King, despite their lack of history together.

“We are really good together because we understand that you can’t take yourself too seriously,” Crawford said. “He likes to have fun. As much as I want to be serious, I also like to have fun, too. We’ve got a nice balance.

“[Derek has] brought his own attitude to the game. It’s a unique attitude. And it’s been well-received by our players. Anytime there’s change, …read more