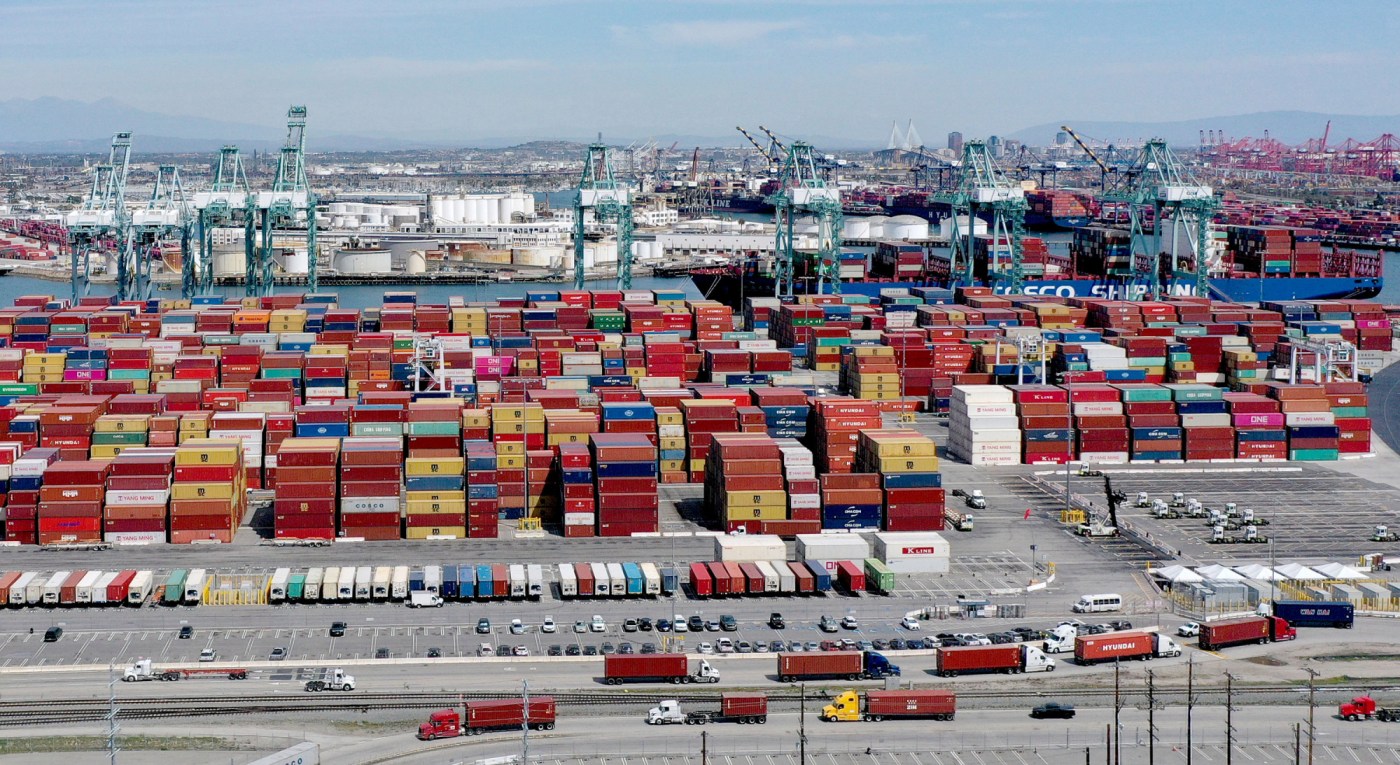 The cargo surge continues in the twin ports, with the Port of Long Beach reporting its busiest month on record in March — capping off its best quarter ever.

March is typically one of the slowest months in shipping, the port said in a release this week. But this year, March represented the largest year-over-year increase for a single month in the port’s 110 year history — extending its streak of breaking various cargo records to nine months. That historic run followed an equally unprecedented crash, with the initial economic shutdown at the outset of the coronavirus pandemic devastating global trade.

The Port of Los Angeles is set to release its figures for last month on Wednesday, April 14, and officials there also expect strong cargo numbers.

The cargo volumes have been “unprecedented,” Cordero added in a written statement.

Both ports have regularly broken monthly cargo records since July, when an abrupt turnaround from the initial coronavirus-induced crash began.

Long Beach’s March numbers, driven by consumer demand and a surge in e-commerce, were 62.3% higher than the same month last year.

Dockworkers and terminal operators moved 840,387 twenty-foot equivalent units — or TEUs, the industry’s standard cargo measurement — in March. It the third time in the Port of Long Beach’s 110-year history that it has handled more than 800,000 TEUs in a single month.

While good news for the economy, the rapid flow of incoming cargo has caused a number of problems, including congestion that has slowed the supply chain. Dozens of ships now can be seen anchored offshore outside the ports as they await berthing assignments, a wait that can last up to a week.

Empty cargo containers, meanwhile, have stacked up on port land as they wait a return trip to Asia. The extra burden has impacted trucking, the railroads and available warehouse space as well.

Virus in 2020 kept Ports of LA, Long Beach pivoting to keep pace with the unexpected

“The demand for e-commerce is happening more quickly than we anticipated,” Cordero said, “but we will continue to collaborate with our industry stakeholders to catch up with the unprecedented cargo volume at our gateway.”

On the plus side, dockworkers are getting plenty of work and also are finally getting the COVID-19 vaccines as essential workers.

That, said Long Beach harbor commission President Frank Colonna, is a vital piece of keeping the supply chain moving while the economy remains in recovery mode “even as we set records.”

The port moved about 2.4 million TEUs during the first …read more

Golden Globes 2021: The Complete List of Nominees | Entertainment Weekly
The unaccountable corporate ‘we’ never has to play by the rules