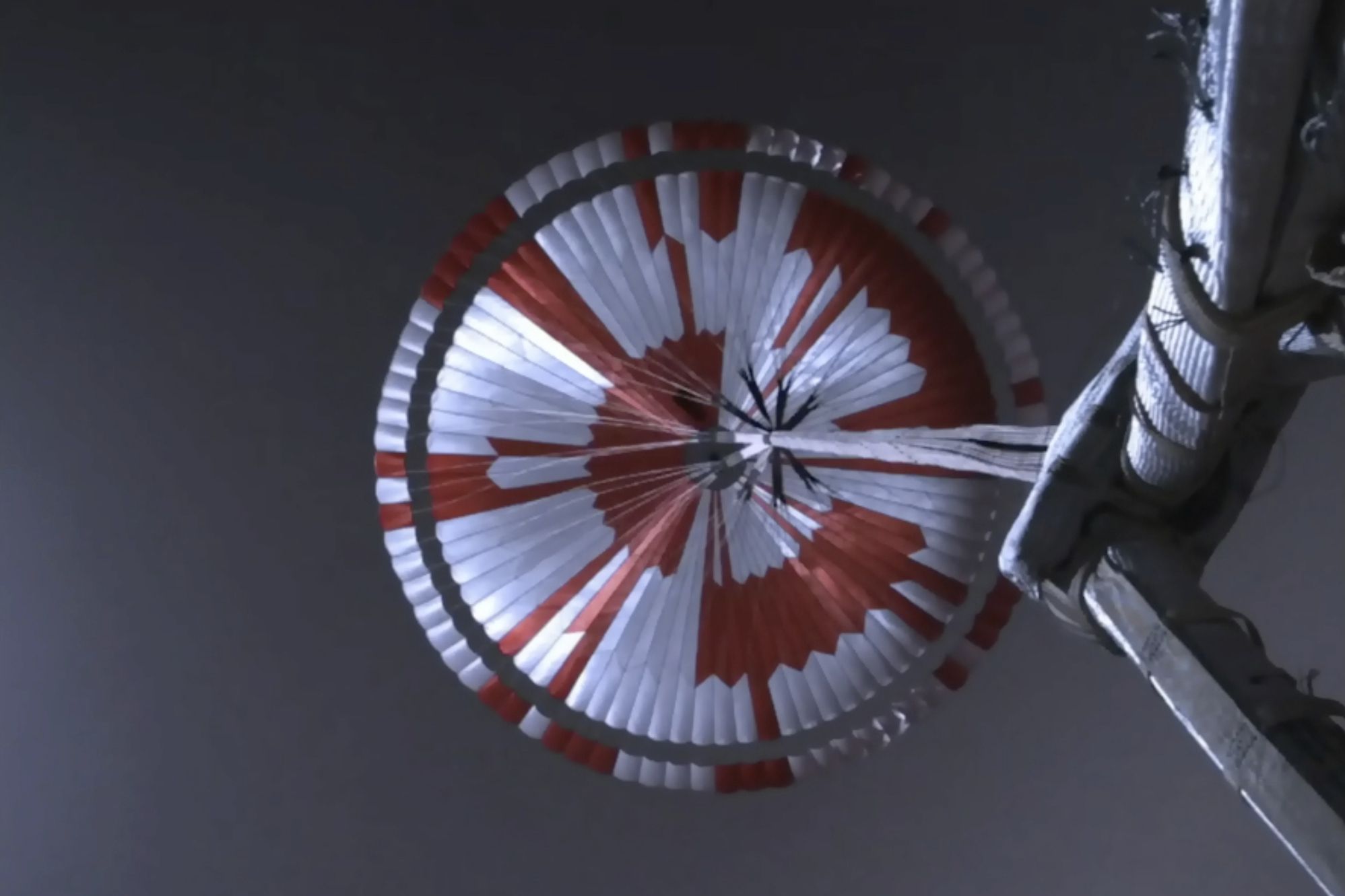 The huge parachute used by NASA’s Perseverance rover to land on Mars contained a secret message, thanks to a puzzle lover on the spacecraft team.

Systems engineer Ian Clark used a binary code to spell out “Dare Mighty Things” in the orange and white strips of the 70-foot (21-meter) parachute. He also included the GPS coordinates for the mission’s headquarters at the Jet Propulsion Laboratory in Pasadena, California.

Clark, a crossword hobbyist, came up with the idea two years ago. Engineers wanted an unusual pattern in the nylon fabric to know how the parachute was oriented during descent. Turning it into a secret message was “super fun,” he said Tuesday.

Only about six people knew about the encoded message before Thursday’s landing, according to Clark. They waited until the parachute images came back before putting out a teaser during a televised news conference Monday.

It took just a few hours for space fans to figure it out, Clark said. Next time, he noted, “I’ll have to be a little bit more creative.”

“Dare Mighty Things” — a line from President Theodore Roosevelt — is a mantra at JPL and adorns many of the center’s walls. The trick was “trying to come up with a way of encoding it but not making it too obvious,” Clark said.

As for the GPS coordinates, the spot is 10 feet (3 meters) from the entrance to JPL’s visitor center.

Another added touch not widely known until touchdown: Perseverance bears a plaque depicting all five of NASA’s Mars rovers in increasing size over the years — similar to the family car decals seen on Earth.

Clark suspects there are even more so-called hidden Easter eggs, but adds: “I’m not even privy to them.”

The Associated Press Health and Science Department receives support from the Howard Hughes Medical Institute’s Department of Science Education. The AP is solely responsible for all content.

Golden Globes 2021: The Complete List of Nominees | Entertainment Weekly
Sunshine in Madigan’s 13th Ward? Sort of — but it sure wasn’t in the forecast

Toxic sites mapped to promote reuse on Southeast Side

5 things to consider while watching the Golden Globes on Sunday