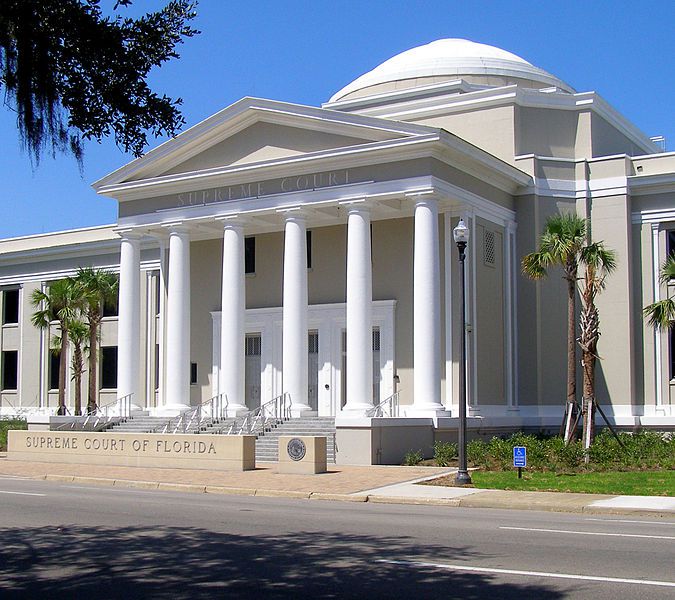 A legal battle about whether a 2018 constitutional amendment known as “Marsy’s Law” can shield the identities of police officers went to the Florida Supreme Court on Tuesday.

The city of Tallahassee filed a notice that is a first step in asking the Supreme Court to decide whether the constitutional amendment, which is designed to bolster crime victims’ rights, can apply to police officers who were threatened in use-of-force incidents.

A three-judge panel of the 1st District Court of Appeal last month sided with two Tallahassee police officers, who argued that, as victims, they were entitled to privacy protections included in Marsy’s Law.

The decision came in a lawsuit filed against the city by the Florida Police Benevolent Association, which represents the police officers, who are identified in court documents as “John Doe 1” and “John Doe 2.”

As is common, the city’s notice of taking the issue to the Supreme Court did not provide detailed legal arguments. But a statement issued last week by City Attorney Cassandra Jackson said the “case is one of great public importance to the state of Florida in its appellate level interpretation” of Marsy’s Law.

“With respect for the (appellate) court’s opinion and appreciation of the difficult work performed by police officers every day, the decision has far-reaching implications related to public transparency and is deserving of final review by Florida’s highest court,” Jackson said in the statement.

The lawsuit is the first major test of whether Marsy’s Law conflicts with a decades-old government-in-the-sunshine amendment that enshrined in the Florida Constitution some of the nation’s broadest public-records laws.

Marsy’s Law addresses a series of issues related to victims’ rights, including offering privacy protections. Nearly 62 percent of voters approved the measure in 2018.

In the April 6 appellate-court decision, Judge Lori Rowe wrote that nothing in Marsy’s Law “excludes law enforcement officers — or other government employees — from the protections granted crime victims.”

Rowe, joined by Judges Timothy Osterhaus and Robert Long, wrote that a police officer “meets the definition of a crime victim” under Marsy’s Law “when a crime suspect threatens the officer with deadly force, placing the officer in fear for his life.”

The two police officers in the case were involved in separate use-of-force incidents. In an incident that drew national attention, “John Doe 2” shot a Black transgender man last May. Because the police officer was the victim of an aggravated assault with a deadly weapon in the incident involving Natosha “Tony” McDade, the Police Benevolent Association said he had the right to invoke the privacy privilege provided by Marsy’s Law.

The First Amendment Foundation, the Florida Press Association and a number of media outlets intervened in the lawsuit, arguing that allowing Marsy’s Law to apply to law-enforcement officers would undercut the state’s open-records laws.

The appellate ruling reversed a decision by then-Leon County Circuit Judge Charles Dodson, who in July found that the “explicit language of Marsy’s Law was not intended to apply to law enforcement officers when acting in their official capacity.”

Why are Republicans so afraid of taxpayer-supported child care?