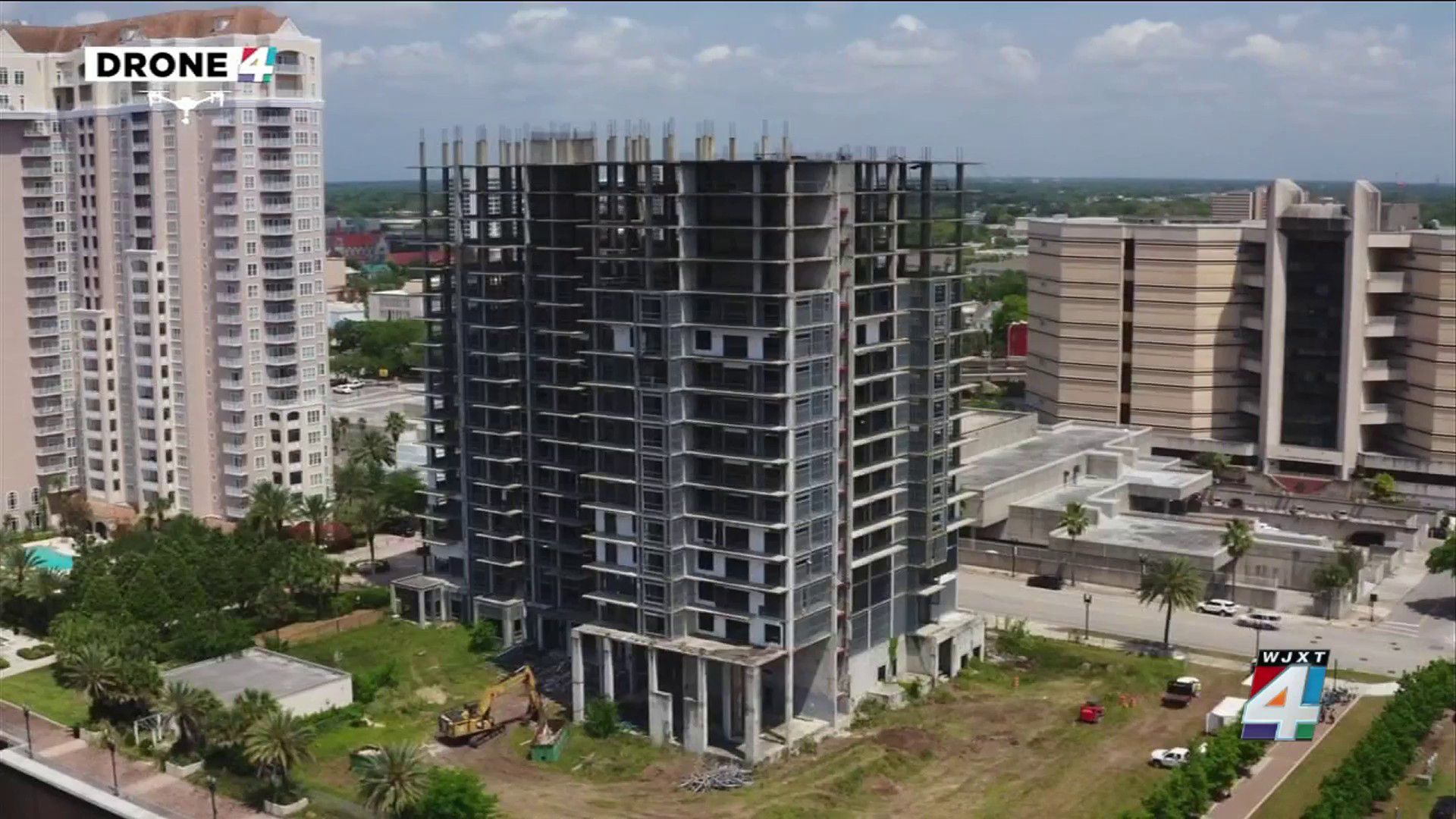 Emergency legislation was filed Tuesday by Jacksonville Mayor Lenny Curry to remove the Berkman Plaza II building, which has had its implosion pushed back time and time again.

The ordinance, which would appropriate $1.2 million from the general fund, would be used by contracting with Pece of Mind Environmental, Inc. to demolish the abandoned structure on East Bay Street. The partially-completed building has remained sitting since construction ceased in 2007.

In the legislation, the city considers the condition of the structure “to be an immediate threat to the life, safety and welfare of property and citizens located near and around the structure warranting an emergency appropriation of funds necessary to pay the costs for demolition of the building without further delay.”

As noted in the bill, PB Riverfront Revitalization of Jacksonville, the current owner, applied for a permit, intending the structure be demolished. The bill states the application was denied for a variety of reasons, including the potential for falling debris.

In January 2021, the developer received a permit to conduct a mechanical demolition using a “top-down” approach. The bill notes that during that process, the contractor — Pece of Mind Environmental, Inc. — “identified structural deficiencies in the building that were exacerbated by the mechanical demolition process, causing at least one of the upper floors to ‘pancake’ on the floor below, which required an emergency halt to all further mechanical demolition activities.”

According to the bill, a structural engineer found corrosion of rebar and tension supports in the building, rendering it unstable and leaving demolition by implosion “the most appropriate option to remove the structure.”

Along the way, there have been repeated delays in the implosion.

Most recently, a memo released by Park Beeler — a managing member of Jacksonville Riverfront Revitalizations LCC — stated that its target date of Jan. 8 for demolition was “too optimistic.” The memo reads that the demolition is “far more complex than would normally have been the case” and that “No mistakes can be tolerated. There is too much at stake to take even the slightest chances.”

Finally, the legislation notes that the city has been made aware of a dispute between the developer and contractor over payment for the contractor’s services. It led to notification from the contractor of its intent to remove protective barriers and structures around the building, ultimately leading to the mayor’s emergency legislation.

Brian Hughes, the city’s chief administrative officer, is expected to speak about the bill during the Tuesday night meeting of the Jacksonville City Council. News4JAX will be there.