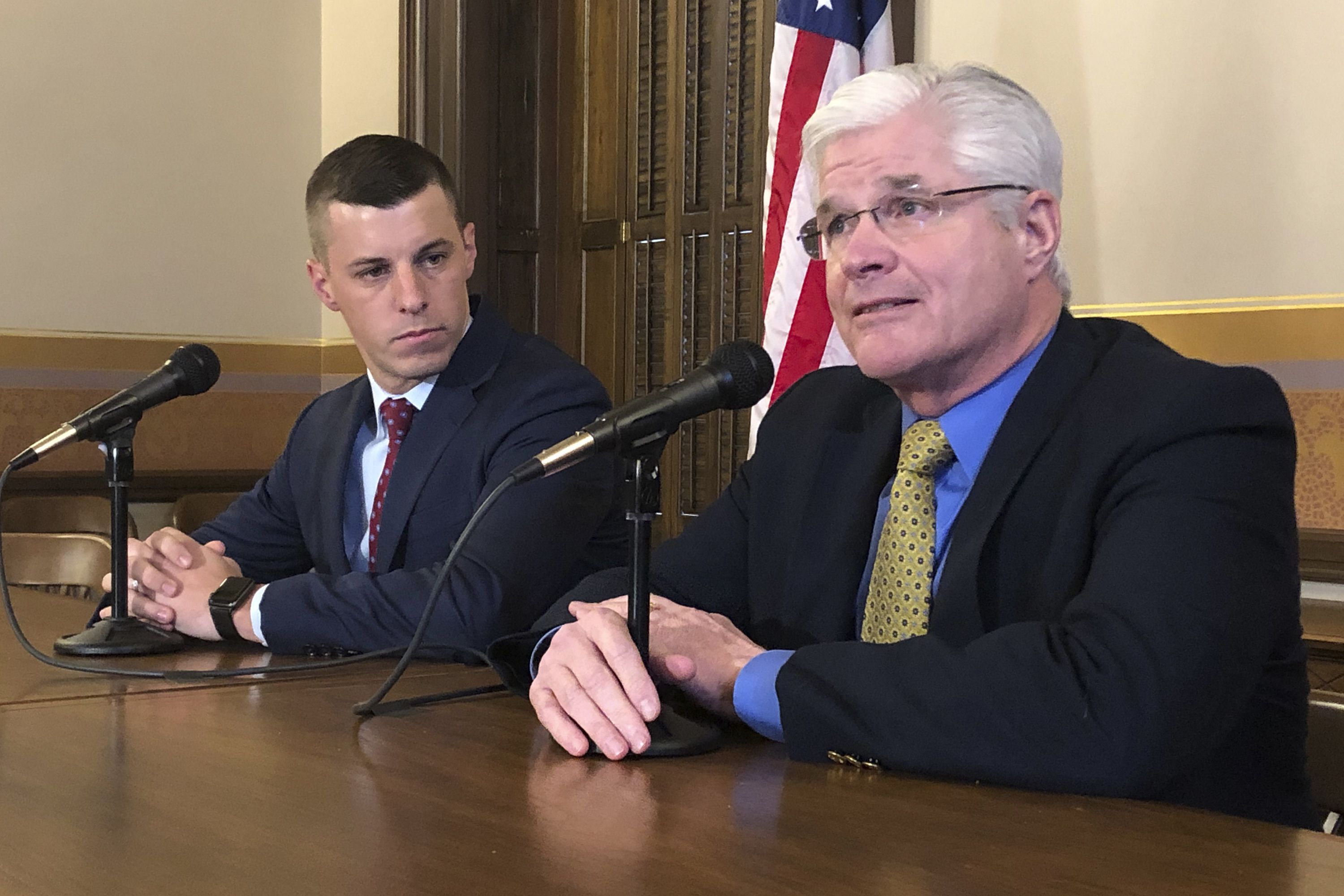 President Donald Trump did not ask Michigan Republican lawmakers to “break the law” or “interfere” with the election during a meeting at the White House, a legislative leader said Sunday, a day before canvassers plan to meet about whether to certify Joe Biden’s 154,000-vote victory in the battleground state.

Michigan House Speaker Lee Chatfield was among seven Republican legislators who met with Trump for about an hour on Friday, amid his longshot efforts to block Biden’s win.

“There was this outrage that the president was going to ask us to break the law, he was going to ask us to interfere, and that just simply didn’t happen,” he told Fox News of the highly unusual meeting. He did not elaborate on what was discussed, except to say the delegation asked for additional federal aid to help Michigan’s coronavirus response.

Michigan’s elections agency has recommended that the Nov. 3 results — including Biden’s 2.8-percentage point victory — be certified by the Board of State Canvassers, which has two Democrats and two Republicans. The Republican National Committee and the state Republican Party want the board to adjourn for 14 days to investigate alleged irregularities in Wayne County, the state’s largest and home to Detroit.

Staff for the state elections bureau said that claimed irregularities, even if verified, would not significantly affect the outcome.

If the board does not confirm the results and the Michigan Supreme Court does not subsequently order it to do so, Chatfield said “now we have a constitutional crisis.” He and other Republicans, however, have indicated that they would not undermine the voters’ will.

“Michigan election law clearly requires that the state’s electors must be those nominated by the party that received the most votes — not the Legislature,” says a stock email House Republicans are sending in response to people who contact their offices.

Experts on Michigan election law have said the state board’s authority is limited in scope and that it must certify the results now that all 83 counties have reported theirs to the state. There is concern, though, because Trump personally called the two Republicans on Wayne County’s board last week and they said a day later that they were rescinding their previous vote — following an earlier deadlock — but it was too late.

He’s fought for his country in the Army and FBI. Now, he’s fighting for himself, other vets.

State Senate Majority Leader Mike Shirkey, a Republican who met with Trump, suggested in a Sunday tweet that the state canvassers might “take the full time allowed by law to perform their duties” instead of voting Monday and said “it’s inappropriate for anyone to exert pressure on them.”

The deadline is Dec. 13, but that is five days after the federal “safe harbor” date — when Congress cannot challenge any electors named by that date in accordance with state law.

There is no evidence of widespread fraud in the 2020 election. In fact, election officials from both political parties have stated publicly that the election went well and international observers confirmed that there were no serious irregularities.

CTA holiday train and bus to return, but no riders allowed

November madness arrives in college basketball. Is the season really going to last?