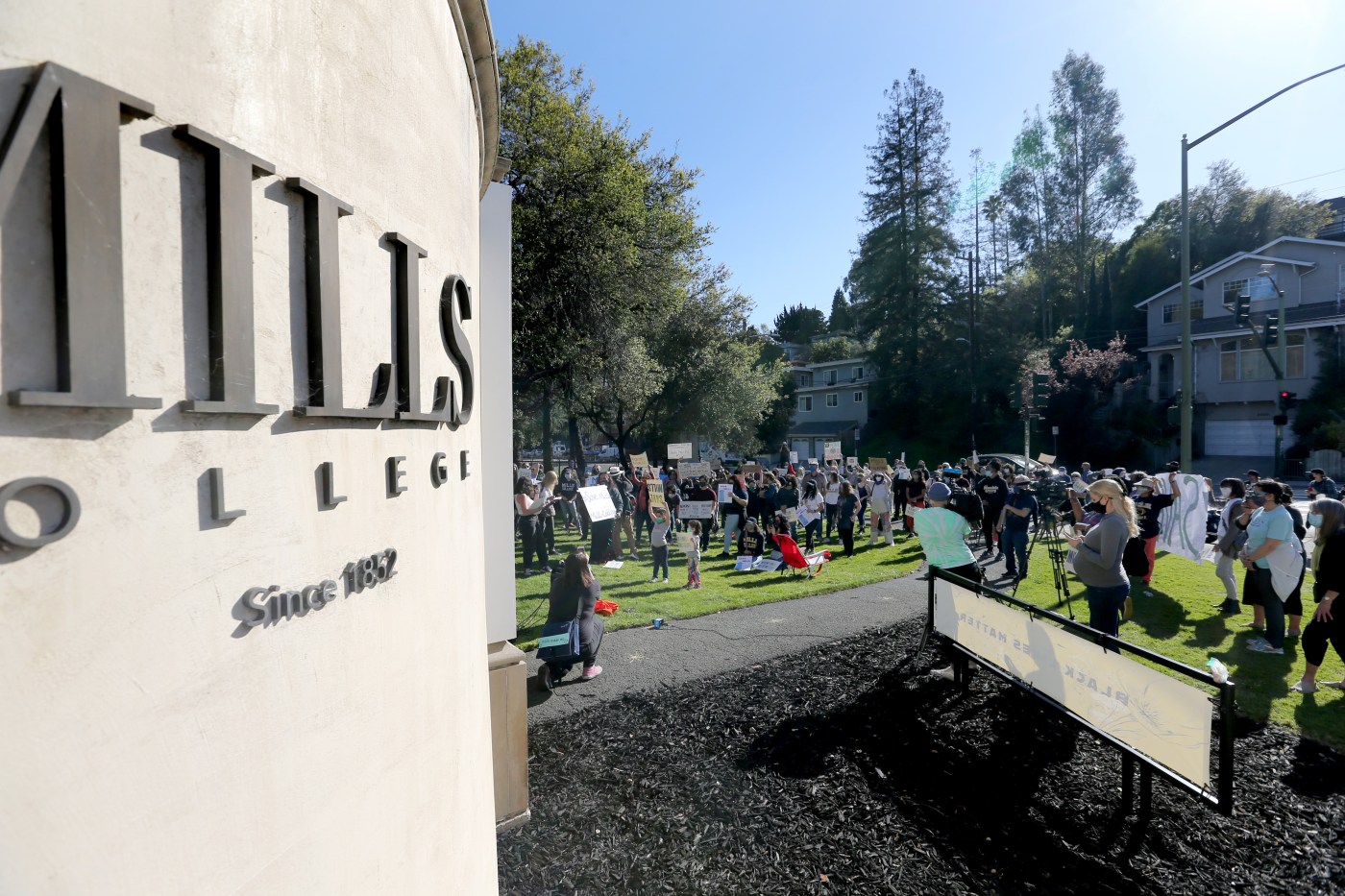 OAKLAND — After 169 years as a women’s college, Mills College is slated to be subsumed by Boston-based Northeastern University next year, after the schools’ respective governing boards approved a merger this week.

Mills announced the agreement Tuesday afternoon, noting in a letter to the school community that on or about July 1, 2022 — pending regulatory approvals — the college will be a gender-inclusive campus of Northeastern and will be called “Mills College at Northeastern University.”

It would bring an end to Mills’ position as one of few women’s colleges left in the U.S., a distinction that made waves in 1990 when students famously swayed the college administrators to reverse a decision to make the college co-ed.

Now, it seems, the college will operate as an outpost of Northeastern, which “will assume all of Mills’ financial assets, liabilities, and contractual obligations,” according to a press release from Northeastern.

Mills College President Elizabeth Hillman would not reveal what that package costs — the school leaders have been mum about Mills’ financials other than calling them “dire”.

Hillman insists that the merger is not a discontinuation of Mills but rather a chance to save the school after years of financial crisis.

“We have not been able to do everything we want to do for our students,” Hillman said in an interview Tuesday. “This gives us hope that we’ll be able to retain Mills mission.”

Between now and next summer, the faculty and staff of the two schools will work on developing the academic programs that will be offered under the Mills-Northeastern umbrella. And until then, Mills will continue to operate as an accredited degree-granting institution under its current leadership.

The leaders of both schools also said they will form an entity called the “Mills Institute,” which Northeastern described as “dedicated to advancing women’s leadership and to empowering BIPOC and first-generation students.”

But further details about what that institute is haven’t been revealed. Hillman said the schools will work to clarify the plan and programming of that institute, but said the goal she sees for it is to “help students at transformative times”. That could include the transition from high school to college, as well as for graduate students heading into careers. She said she also sees the institute offering programs in anti-racism and gender equity education.

It’s part of many details that have not been publicly revealed. And the lack of transparency about Mills’ plans and the …read more

USC showered with boos in unraveling loss to Stanford