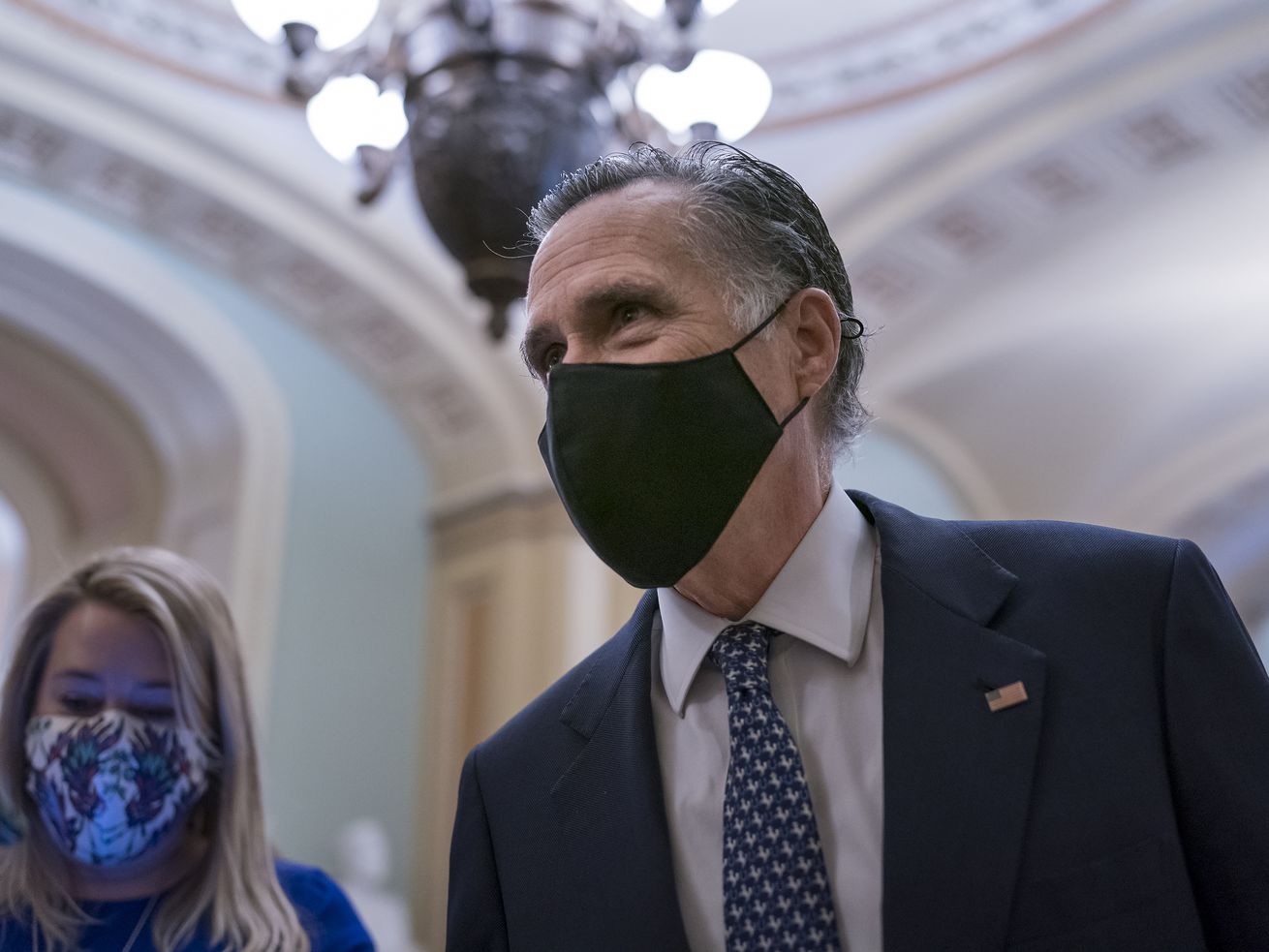 Sen. Mitt Romney, R-Utah, pauses to answer questions from reporters at the Capitol in Washington on Feb. 13, 2021. Romney is proposing to raise the minimum wage to $10 an hour and tie future increases to inflation. | J. Scott Applewhite, Associated Press

The legislation that Romney, R-Utah, and Sen. Tom Cotton, R-Ark., plan to introduce would also ensure wage hikes only go to legal workers and includes protections for small businesses.

The proposal is short of the $15-an-hour minimum wage President Joe Biden has pushed as part of his $1.9 trillion coronavirus relief package. But Politico reported last week that Biden told a group of governors and mayors that it isn’t likely to happen, at least in the near term.

Two Democrats, Sens. Joe Manchin, of West Virginia, and Kyrsten Sinema, of Arizona, have said they oppose a $15 minimum wage. Manchin told CNN on Monday that he would push to reduce the wage increase from $15 to $11 per hour if it remains in the stimulus bill.

Romney told Utah reporters in a conference call earlier this month that he favors raising the minimum wage but not to the level Biden has suggested.

“I’m not in favor of the $15 wage being immediately applied, but I do think we should raise the minimum wage and link it to inflation,” Romney said.

Making the “enormous” leap from $7.25 to $15 would “crush” small businesses and put people out of work, he said.

Raising the federal minimum wage to $15 an hour by 2025 could deliver raises for 27 million workers and lift 900,000 Americans above the poverty threshold — but the policy would cost 1.4 million Americans their jobs over the next four years, according to a study released by the nonpartisan Congressional Budget Office.

Romney said he prefers wage increases move on a predictable basis, so small and large businesses would have a better sense of what future costs might be and how to plan for them.

The proposed Higher Wages for American Workers Act would automatically raise the minimum wage every two years to match the rate of inflation. It creates a slower phase-in for businesses with fewer than 20 employees. It also prevents any increase during the COVID-19 pandemic.

“For millions of Americans, the rising cost of living has made it harder to make ends meet, but the federal minimum wage has not been increased in more than 10 years,” Romney said.

Romney said the bill would protect American jobs by requiring employers to use E-Verify to ensure that businesses cannot hire illegal immigrants. E-Verify is a web-based system that allows employers to confirm the eligibility of employees to work in the United States.

“We must create opportunities for American workers and protect their jobs, while also eliminating one of the key drivers of illegal immigration,” he said.