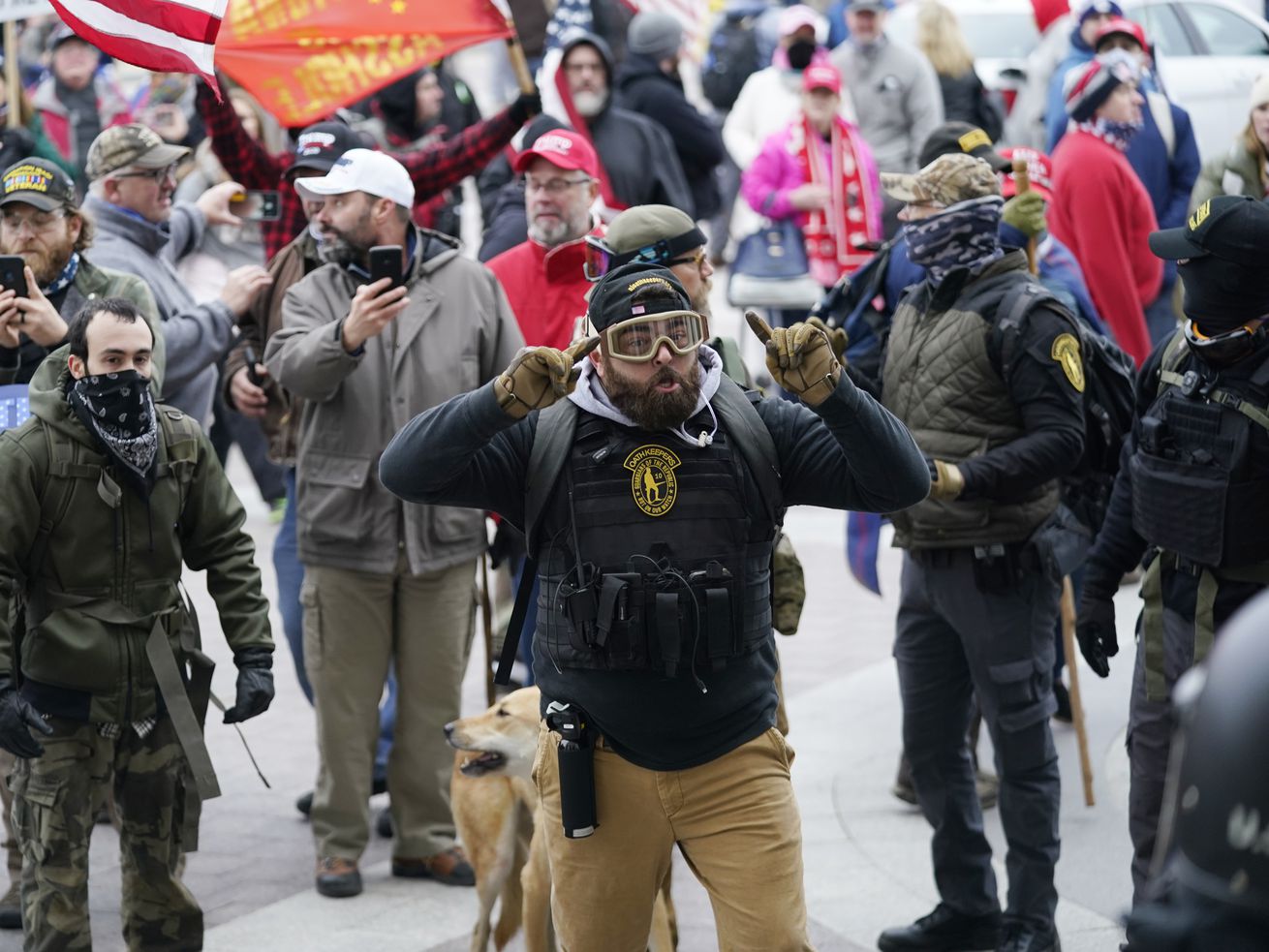 In this Jan. 6, 2021, file photo, Trump supporters gather outside the Capitol in Washington. As rioters converged on the U.S. Capitol building, the grounds normally hailed as the seat of American democracy became a melting pot of extremist groups. Militia members, white supremacists, paramilitary organizations and fervent supporters of outgoing President Donald Trump stood shoulder to shoulder, unified in rage. Experts say years of increasing partisanship and a growing fascination of paramilitary groups combined with the coronavirus pandemic to create a conveyor belt of radicalization. | AP

Experts say it was the culmination of years of increasing radicalization and partisanship, combined with a growing fascination with paramilitary groups and a global pandemic.

Experts say it was the culmination of years of increasing radicalization and partisanship, combined with a growing fascination with paramilitary groups and a global pandemic. And they warn that the armed insurrection that left five people dead and shook the country could be just the beginning.

“We look at it like a conveyor belt of radicalization,” said Devin Burghart, executive director of the Institute for Research & Education on Human Rights. “Once they step on that conveyor belt, they’re inundated with propaganda that moves them along that path until they’re willing to take up arms.”

Photographs and video of the Capitol siege showed people wearing attire with symbols associated with the anti-government Three Percenters movement and the Oath Keepers, a loosely organized group of right-wing extremists.

Many of those who stormed the Capitol were wearing clothes or holding signs adorned with symbols of the QAnon conspiracy theory, which centers on the baseless belief that Trump is waging a secret campaign against the “deep state” and a cabal of sex-trafficking cannibals. One of the intruders was wearing a “Camp Auschwitz” sweatshirt, a reference to the Nazi death camp.

Those who monitor online chatter say the threat of more violence by far-right fringe groups hasn’t abated, though it has been tougher to track since the social media platform Parler, a haven for right-wing extremists, was booted off the internet.

“We’re certainly not out of the woods yet. I’m afraid that we’re going to have to be prepared for some worst-case scenarios for a while,” said Amy Cooter, a senior lecturer in sociology at Vanderbilt University who studies U.S. militia groups.

The FBI is warning of plans for armed protests at all 50 state capitals and in Washington in the days leading up to President-elect Joe Biden’s inauguration next Wednesday. Cooter believes smaller gatherings at state capitals are a greater threat than a large, centrally organized event in Washington, given the heightened security there.

How many extremists are out there is unclear. Individual fringe groups tend to be small, with the largest claiming hundreds of members, but countless others have been swept up …read more