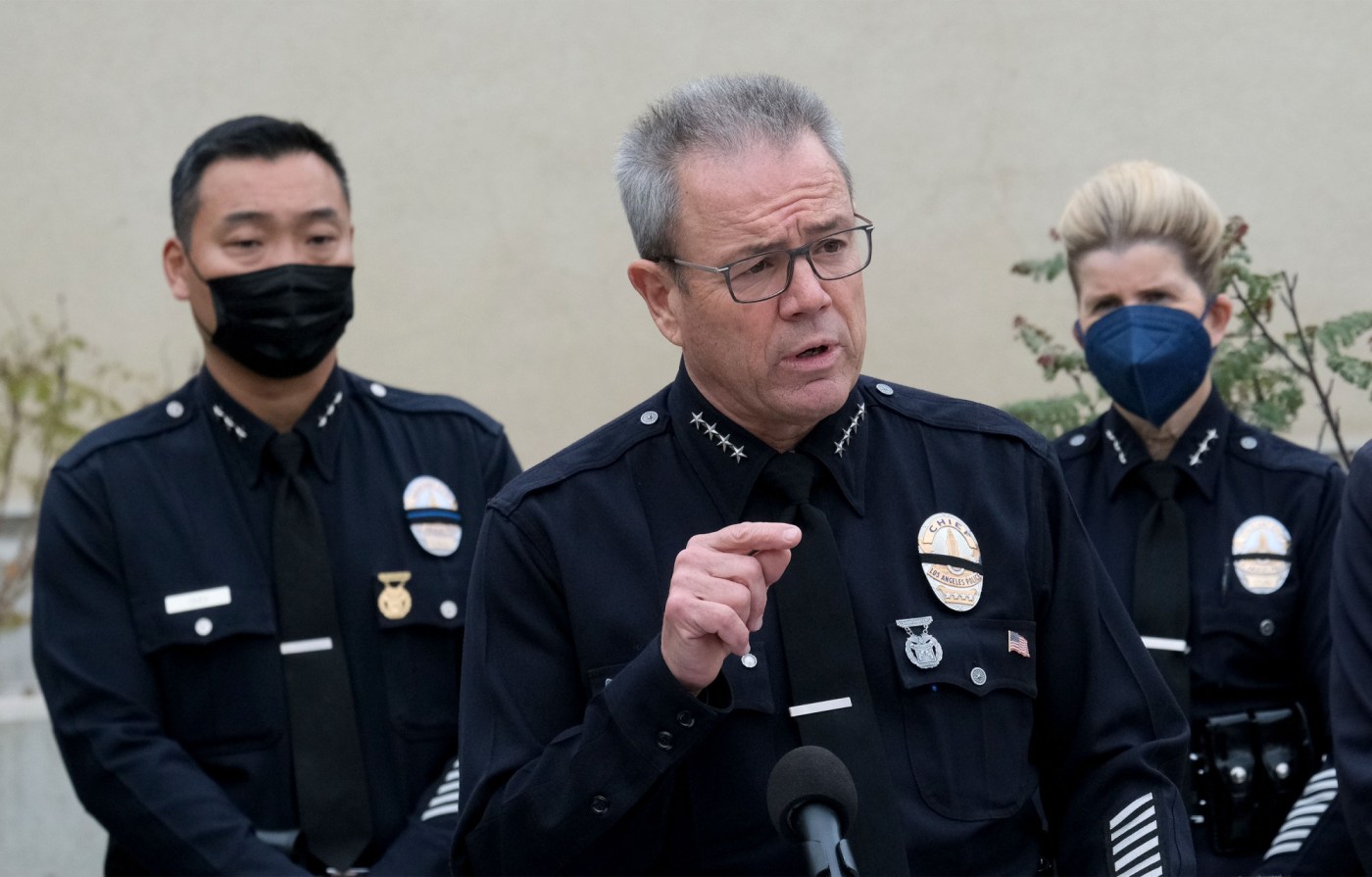 Last year, 15 of 37 police shootings involved suspects with firearms. LAPD representatives did not specify a number for this year. There have been 23 shooting incidents involving police officers this year, an even rate compared to the same time period last year, according to Choi.

The Public Safety Committee reviewed a report Wednesday on all shootings by LAPD officers in 2021, which saw the highest number of such shootings since 2017. A version of the report previously went before the Police Commission in March.

One dead, at least three injured in Panorama City shooting

There were 37 shootings by the Los Angeles Police Department in 2021, 18 of them fatal. In 2020, there were 27 police shootings and seven people were killed. In 2019, the LAPD reached a three-decade low with 26 police shootings.

Police are also on track to fire more rounds this year. In 2021, LAPD officers fired a combined 175 rounds. This year, they are already at 162 rounds, though Choi said that this was a result of two incidents where a large number of rounds were fired. Choi declined to detail the incidents because they are under investigation.

In July, Police Chief Michel Moore reported more incidents involving incidents with unregistered “ghost guns.” Of the 13 shootings this year through July 12 involving officers in which a firearm was present, eight involved ghost guns. Moore also commented at the time that 72% of shootings involving officers this year through July 12 included suspects who also had a firearm, the highest percentage since 2011.

“There is …read more