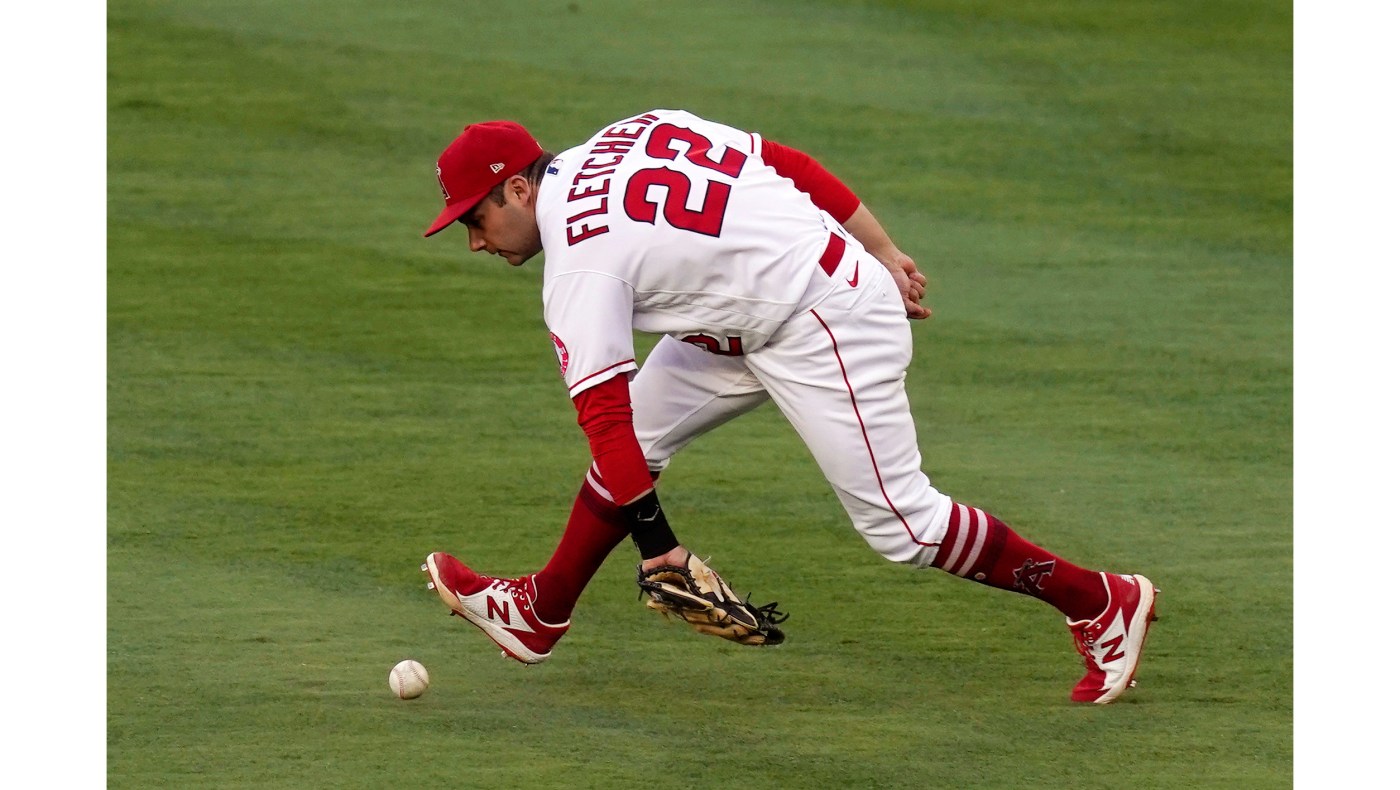 ANAHEIM — The Angels’ surprising defensive issues were on display in all their ugliness on Tuesday night.

Four more Angels errors – increasing their major league-leading total to 29 in 28 games – led to three unearned runs on their way to an 8-3 loss to the Tampa Bay Rays.

The Angels also lost a player for the second straight night because of a foul ball off his knee.

Justin Upton suffered a left knee contusion in the same way that Anthony Rendon did on Monday, although Upton’s didn’t look nearly as bad. Upton actually remained in the game, drew a walk and played an inning in left field before coming out.

It was all part of a tough night for the Angels, who also gave up four runs on two home runs by Austin Meadows against Ben Rowen in the seventh and eighth innings.

Rowen was pitching because the Angels already trailed 4-1, thanks to the sloppy defense.

It has been an unexpected problem throughout the season’s first month. The Angels projected to be a good defensive team, especially on the infield.

On Tuesday night the troubles started in the first inning.

With two outs, Manny Margot hit a hard ground ball directly at shortstop José Iglesias, who bobbled it and was unable to pick it up in time to even make a throw.

On the next pitch, Brandon Lowe hit a grounder to the right side. With the Angels shifted, second baseman David Fletcher was playing in shallow right and had no chance to get an out, but once he got to the ball he kicked it into center field, far enough away that Margot scored.

Shohei Ohtani to return to Angels’ rotation on Wednesday vs. Rays

Shohei Ohtani scratched from start on the mound for Angels

Starting pitcher Alex Cobb’s biggest issue over the next three innings was self-inflicted, with five walks. But he did not give up any more runs until the fifth, when the defense burned him again.