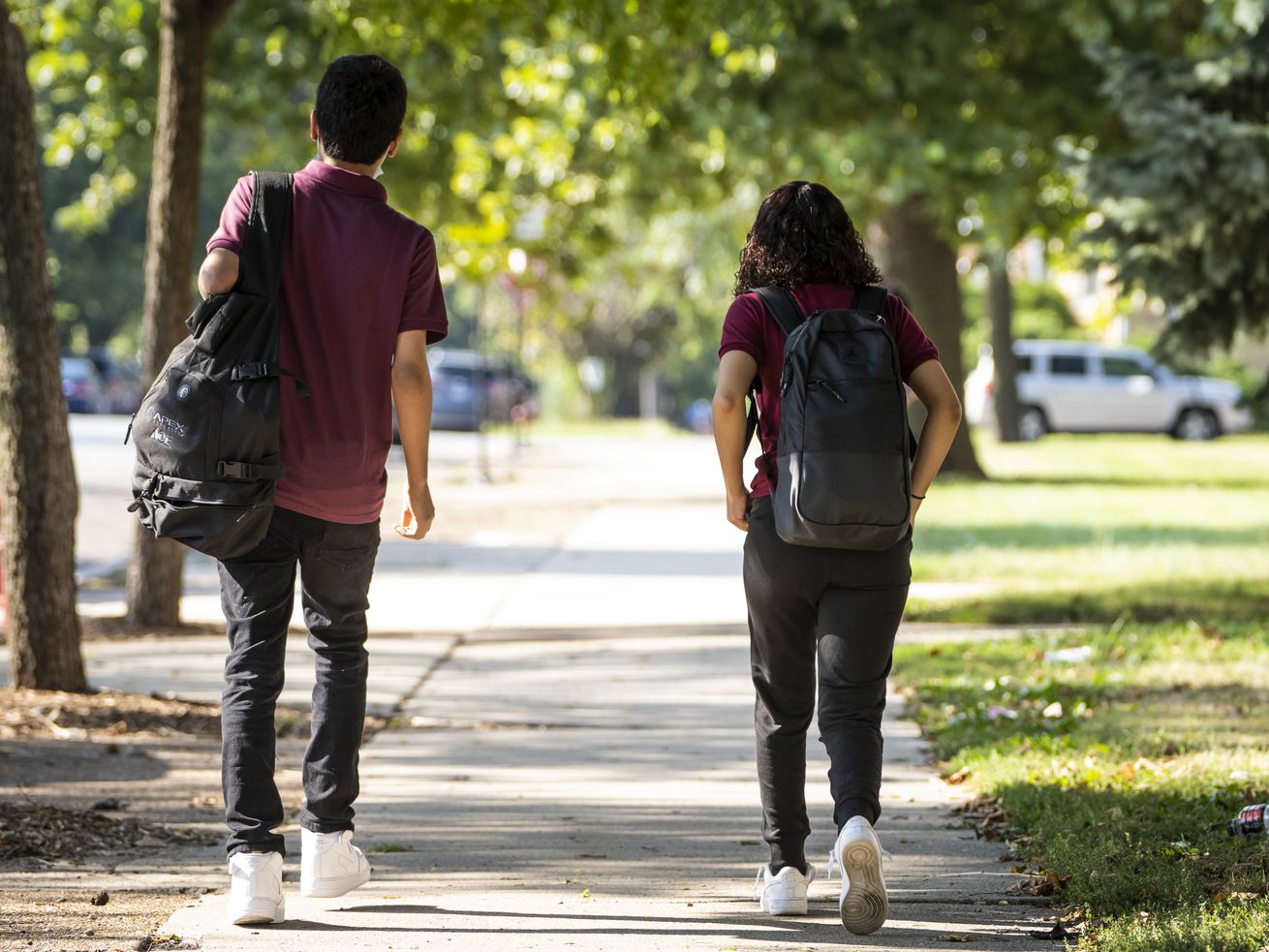 Those quarantines represent about 2% of the 290,000 students at non-charter schools, yet they’re almost double the number of students the district had previously identified that have been exposed to the virus.

By the end of the second week of the school year, more than 5,600 Chicago Public Schools students had been directed to quarantine because of potential in-school exposure to COVID-19, according to new data made public Tuesday.

Those quarantines represent about 2% of the 290,000 students at non-charter schools, yet they’re almost double the number of students the district had previously identified that have been exposed to the virus.

Last week, CPS updated its online COVID-19 tracker to show 2,941 students had been found to be in close contact to an infected person since the first day of classes Aug. 30.

But it wasn’t clear exactly how many students were in isolation because only unvaccinated children are required to isolate this year, and CPS officials didn’t list that figure online or respond to requests to provide a specific number.

The district has also faced criticism for failing to provide timely data, only updating its tracker once a week. And parents and teachers at schools all over the city have said their numbers aren’t being included.

Though the district’s published data shows about 3,000 students as close contacts in the first two weeks, there were 5,665 students and 98 staff members who had been ordered to quarantine as of Saturday, according to data CPS officials shared with the Chicago Teachers Union in bargaining Tuesday.

It’s possible some of those students who have been directed to quarantine were only temporarily in isolation. When the district learns of a positive case, anyone suspected of having potential contact to that person is told to stay home while officials investigate. Through interviews, CPS figures out which close contacts are vaccinated and allows those people to return to school.

A CPS spokeswoman didn’t respond to questions about the data. It wasn’t clear how the new figures related to the numbers the district has published online which show far fewer students exposed.

Parents across the district have complained about vague quarantining instructions and delayed notifications. Some have been told the district is days behind on contact tracing.

CPS has not released any of that information publicly.

“We know that not having the staff necessary to do the contact tracing has caused a rift in the whole system and a delay in a lot of our members finding out if there’s an infection of COVID in the buildings,” Williams-Hayes said.

Miss Manners: When strangers thank my husband, what should he say?