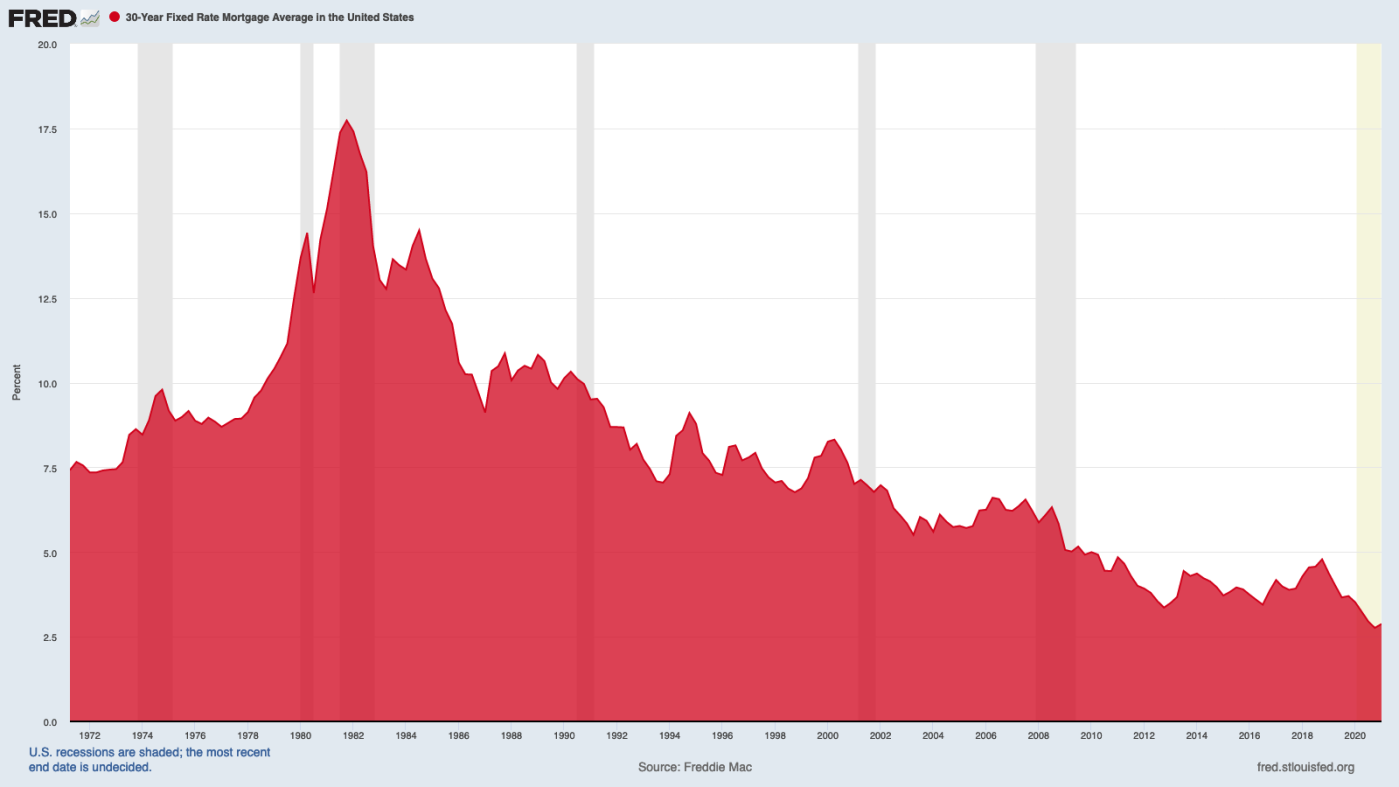 Mortgage rates dipped in the past week, ending a seven-week upswing that ranks among the past half-century’s longest hikes.

My trusty spreadsheet, reviewing weekly data back to 1971, put the seven-week spike into some eye-catching historical context. Overall, this ties for the 12th-longest upswing in 50 years. Translation: Surges like this or longer have happened less than 1% of the time.

Of course, history tells us the 2021 bump was nowhere near the most-extended upswings from the wild, inflationary battles of the 1970s and 1980s.

A soaring cost of living typically unnerves bond traders, who help set interest rates. So they’ll demand higher rates to protect their investments from inflation’s knack of slashing buying power. And the Federal Reserve, when it was hoping to end that era’s widespread inflation-induced economic pain, forced rates even higher to cool the business climate.

Four times we’ve had eight-week rate upticks including one that ended abruptly in October 1987 — pushing rates to 11.58% from 10.30%.  It ended when the stock market imploded.

The 2021 streak that just ended equals six other seven-week surges:

This savory tart with tomatoes, potatoes and aged Gouda makes for an elegant and delicious dinner