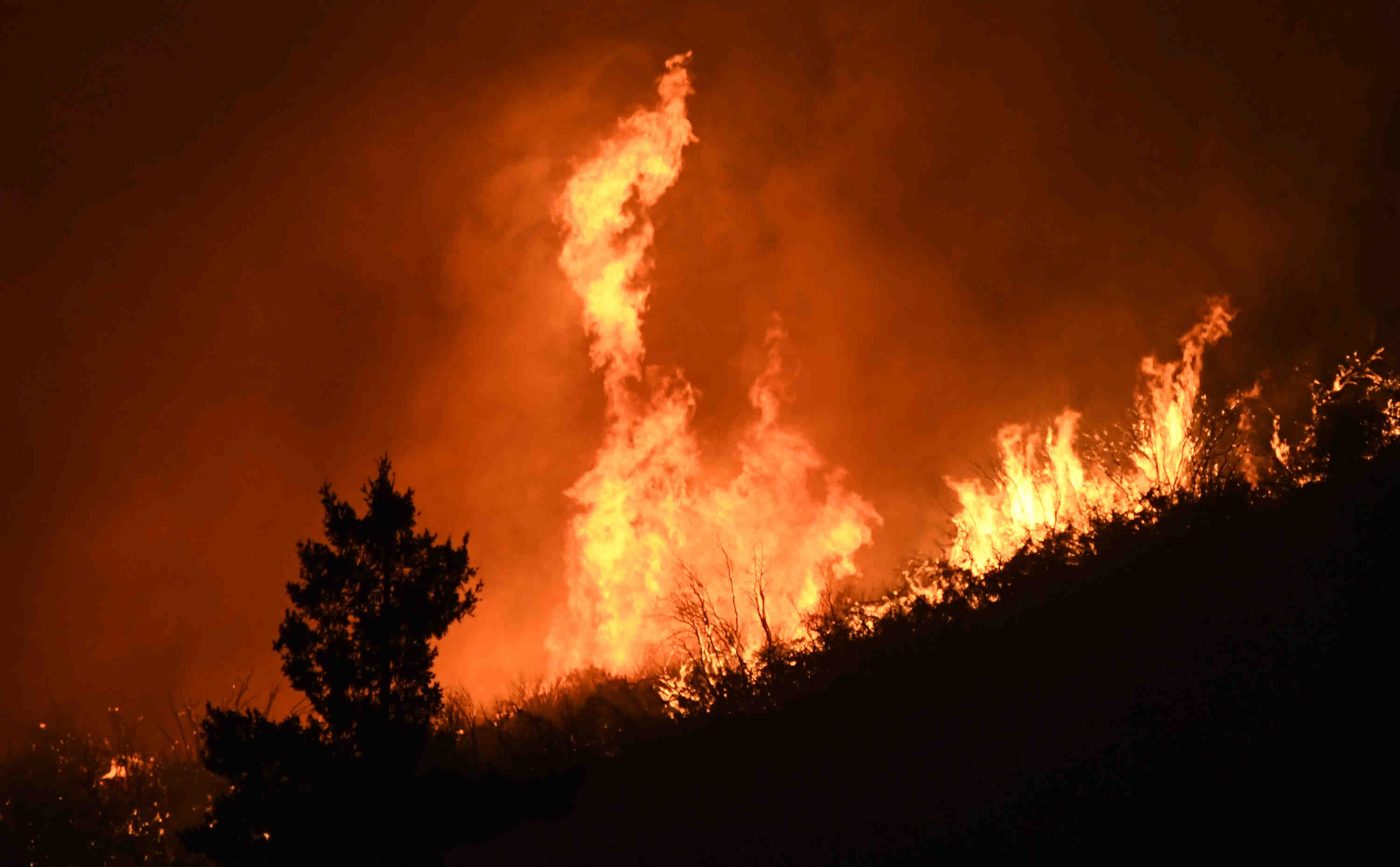 Mount Wilson Observatory is scheduled to reopen on Tuesday, June 15 after a challenging year that included canceling last year’s season because of COVID-19 and a brush fire coming within a few hundred yards of its famed telescope.

Heavy flames from the Bobcat fire burn the hills in the Angeles National Forest on Tuesday, Sept 14, 2020. The flames are moving closer to the south end of Mount Wilson Observatory. (Photo by Gene Blevins/Special to the Southern California News Group)

Thick smoke rises over the Mount Wilson area as the Bobcat Fire continues to burn in the Angeles National Forest on Tuesday, Sept 14, 2020. The flames are moving closer to the south end of the Mount Wilson Observatory. (Photo by Gene Blevins/Special to the Southern California News Group)

Smoke from the Bobcat fire can be seen in the mountains Thursday, Oct. 8, 2020, in this live-cam image from Mount Wilson Observatory. (Image courtesy of the High Performance Wireless Research and Education Network)

Limited reservations for night sky viewings from the telescopes are now available on its website, though formal tours aren’t expected to return until later this month. The observatory will open at 10 a.m. and close at 5 p.m. every day this summer.

George Ellery Hale founded the observatory in 1904 after he conducted tests at the location in 1903 and received a grant from the Carnegie Institution. Mount Wilson went on to become a leading site of solar research. The facility houses a 60-inch telescope and a 100-inch telescope.

As chairman of the Mount Wilson Board of Trustees and the founder’s grandson, opening after the pandemic means just a little bit more to Sam Hale, he said, considering his family connection to the place.

“The resonance of my grandfather’s legacy burns brightly inside me, I can assure you,” Hale said.

But, as with so many businesses, the observatory’s caretakers experienced a year like none before it. While usually open for visitors between April and November each year, the pandemic prevented Mount Wilson from hosting in-person events.

Without that stream of revenue, Hale said, the observatory stayed afloat only through its reserves, reliance on donors and rents universities pay to lease space at the observatory. For example, Georgia State keeps an array of telescopes there.

Disease wasn’t the only natural threat to the observatory in 2020. The Bobcat Fire, which burned more than 115,000 acres in the Angeles National Forest, came within 30 feet of a historic structure and 200 yards from the 100-inch telescope. Hale said the observatory had taken some precautionary measures ahead of the fire, though.

“This is not the first this has happened,” Hale said. “This is probably the fifth of sixth time in the 100-year history of the observatory that fire got near the top of the mountain.”

A heat wave is looming. Can your electricity endure it?