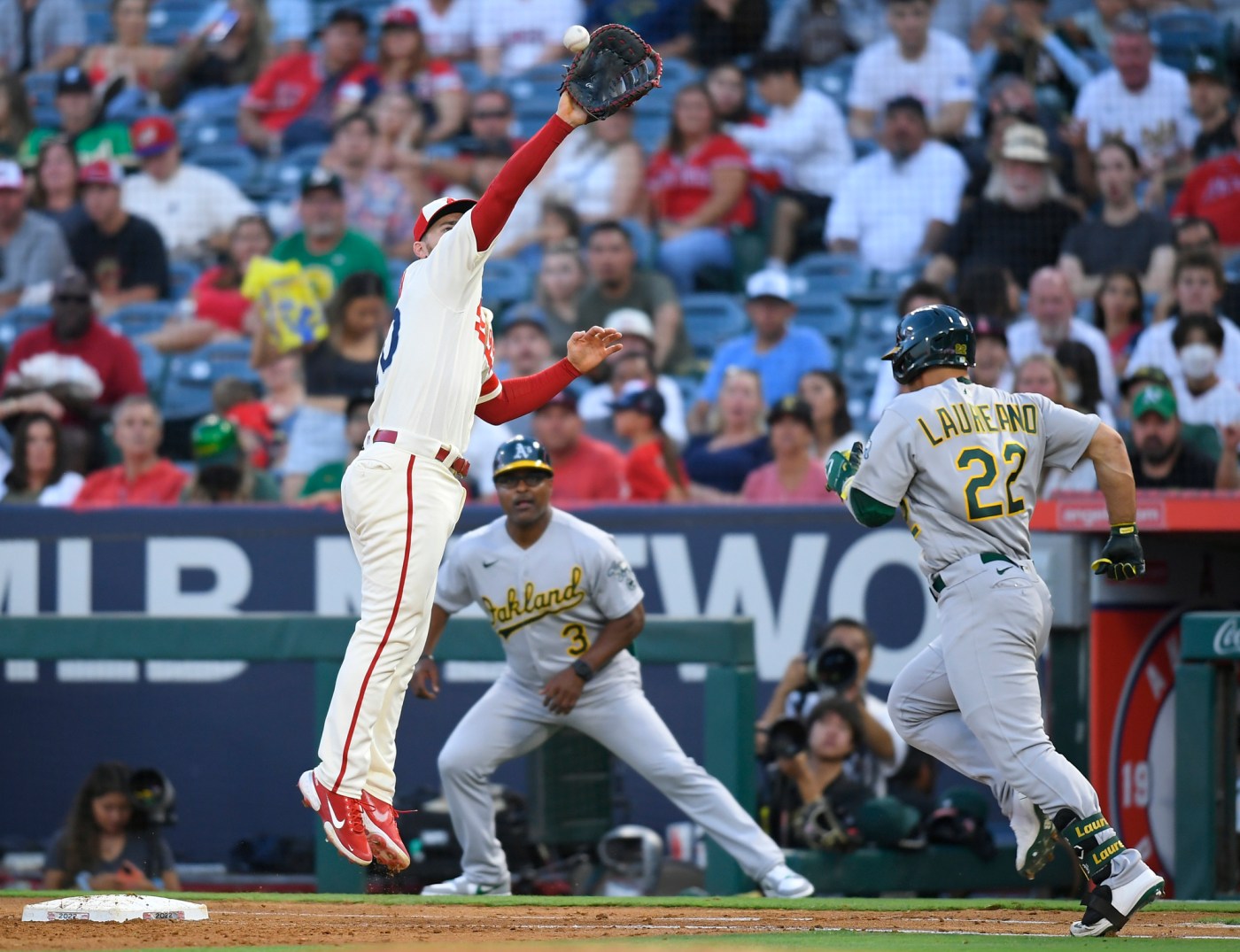 ANAHEIM (AP) — Sean Murphy homered and drove in three runs off Shohei Ohtani, leading the Oakland Athletics to a 3-1 victory over the Los Angeles Angels on Wednesday night.

James Kaprielian (3-5) pitched six-hit ball into the sixth as the A’s snapped their three-game losing streak by beating Ohtani (9-7), who has no victories over Oakland in five mound appearances since 2018.

The Angels’ offense again failed to provide run support for Ohtani, who went 0 for 3 as the designated hitter before getting pulled for a pinch-hitter in the seventh. Los Angeles had pinch-hit for Ohtani only twice previously this season, both occurring after Ohtani felt minor injuries.

Luis Rengifo had a tying RBI double in the fifth for the Angels, who have lost four of six in another dismal season.

Murphy had an RBI single in the fourth before driving a two-run homer to left in the sixth for Oakland. The catcher was 0 for 5 in his career against Ohtani before those consecutive run-scoring hits.

Zach Jackson pitched the ninth for his third save — Oakland’s first since closer Lou Trivino was traded to the Yankees.

Mickey Moniak started in center field and went 0 for 2 in his debut with the Angels, who acquired the former No. 1 overall pick from Philadelphia while trading Noah Syndergaard on Tuesday. Left-hander Tucker Davidson also arrived in Anaheim from Atlanta with plans to enter the rotation Sunday in Seattle.

Ohtani started out with three innings of one-hit ball, but Oakland scored an unearned run in the fourth when Ramon Laureano reached on Rengifo’s throwing error, advanced on a wild pitch and scored on Murphy’s single.

Rengifo atoned in the fifth with a two-out double to the gap, scoring Magneuris Sierra. Rengifo has a hit in 30 of his last 33 games, and he was the Angels’ only consistent hitter in July while they batted a pathetic .199 as a team.

ANOTHER MICKEY IN ANAHEIM

Moniak is a native of North San Diego County, about an hour south of Angel Stadium. Although he managed just 12 hits in 47 big league appearances over the past three seasons, Moniak has made significant progress this year, both before and after his hand was broken by a pitch in the final game of spring training.

“I’ve always been a guy that maybe takes a little bit to get comfortable at every level, and once I get comfortable, it’s on from there,” said Moniak, who batted .310 with a .924 OPS across the minors this season. “So, wasn’t really given that opportunity (in Philadelphia), which makes sense. They’re always in a pennant hunt with a lot of money on the field, so just to be here and …read more

Explainer: Why is China so mad at Pelosi’s Taiwan trip?