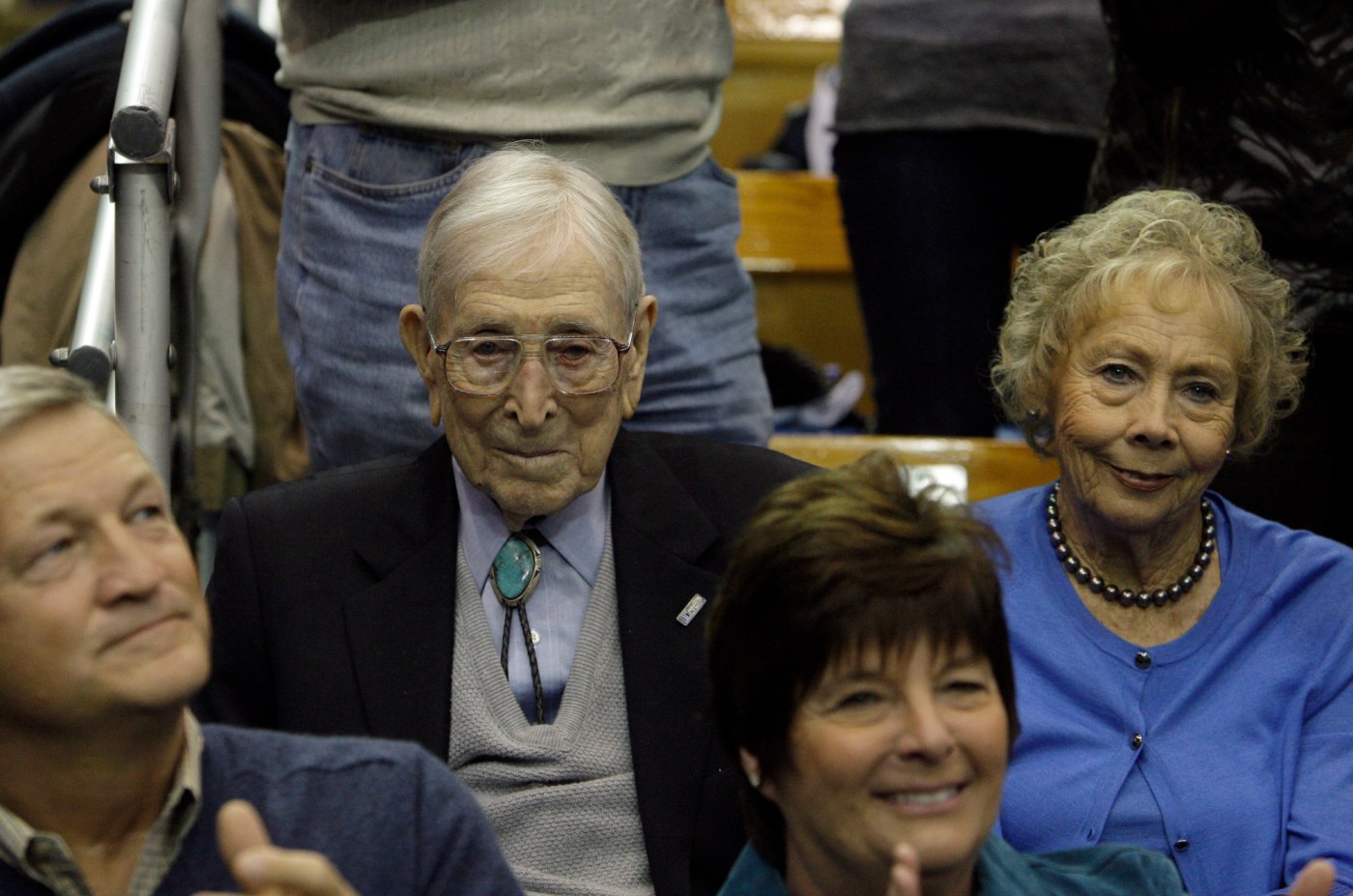 Nancy Anne (Nan) Wooden, the daughter of legendary former UCLA men’s basketball coach John Wooden, died early Tuesday due to natural causes, according to a university press release. She was 87.

Nan Wooden was one of the Hall of Fame coach’s two children. She was seen as a fixture at men’s basketball games long after her father stopped coaching the Bruins in 1975, sitting in his reserved seats at Pauley Pavilion among friends and family members.

She watched her grandson, Tyler Trapani, play for the Bruins from 2008-12.

UCLA women’s basketball coach Cori Close tweeted about Nan Wooden’s passing with a reference to John Wooden’s late wife Nell: “Nan was always so kind and extending to me. She was also a spit fire just like her Mom. So sad she is gone.”

Born in Kentucky in 1934, Nan Wooden joined the Bruins’ community as a teen when her father moved the family from Indiana and accepted the Bruins’ coaching job prior to the 1948-49 basketball season.

A’s Chris Bassitt “looked like himself” in bullpen session in Kansas City. What’s next for the ace?

We’re requiring every employee to get vaccinated — and you should, too

US panel backs COVID-19 boosters only for seniors, high-risk